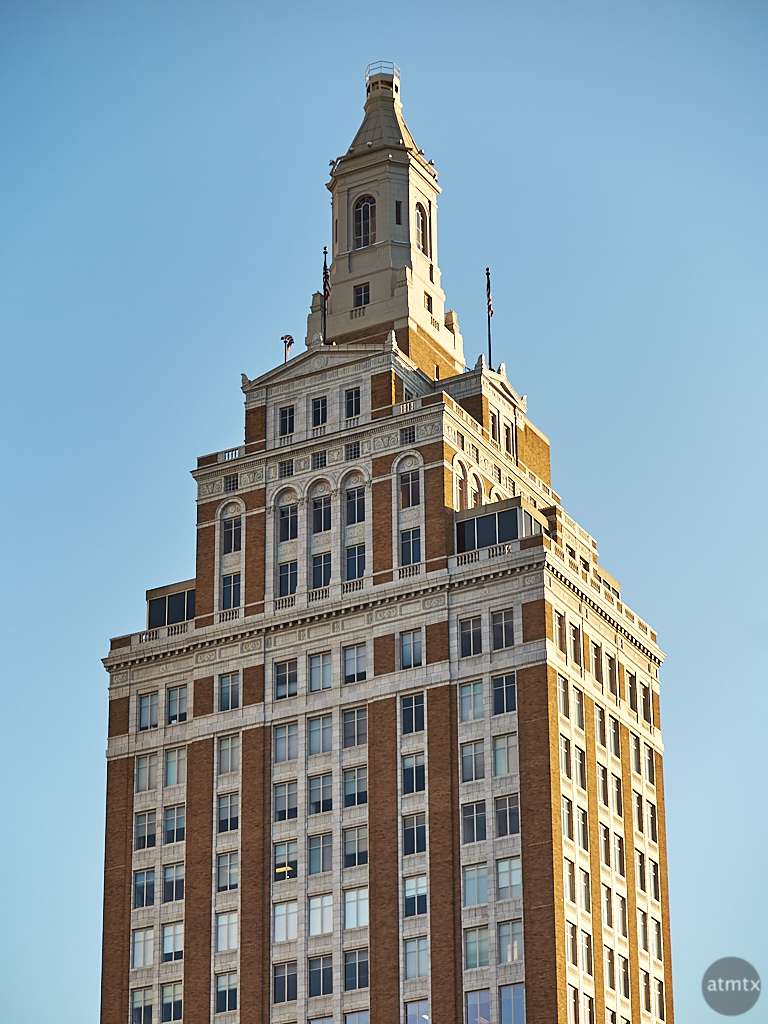 I was drawn to this building, unceremoniously named the 320 South Boston Building. Though, at one point, it was known as the National Bank of Tulsa Building. Originally built in 1917 as a ten-story structure, it was expanded to 22 stories in 1929. At 400 feet, it was the tallest building in Oklahoma until 1931.

When I was young, I liked modernist form-equals-function buildings — efficient, international-style, glass skyscrapers eschewing any kind of gaudy ornamentation. As I got older, however, I’m starting to like whimsical details, partially because many of the modern towers look pretty much the same, creating a boring skyline.

I don’t know if this building is brilliantly whimsical or a ridiculous conglomeration of historic architectural tropes. We have ancient temples, arched details, and balustrades carved into the facade topped with a cupola. Officially it’s in the Beaux Arts-style, which drew inspiration from classic architecture.

Either way, it’s a striking building and worthy of this 100mm equivalent closeup that I made with the Canon G1X Mark II. I took it from the same spot as yesterday’s photo, which was a 24mm equivalent wide-angle. Tulsa was a bigger and richer city than Austin 100 years ago. There are no buildings like this in the Texas Capital.

One thought on “Temple in the Sky”