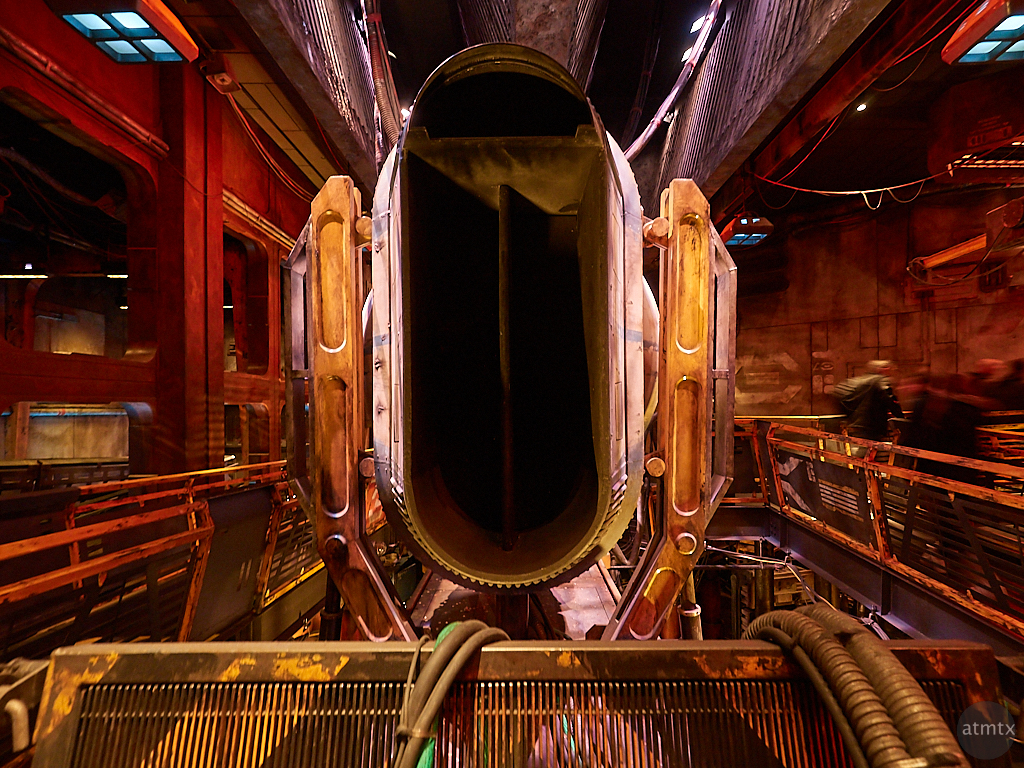 I’ve been comparing Disney’s latest and greatest Star Wars ride, as of 2019 (another one opened in 2020), to the OG from 1987. This is the waiting area for Smuggler’s Run, a ride where you pilot the Millennium Falcon through a mission.

Usually, people are packed on either side of this massive display, waiting for their spot on the ride. The center “sculpture” is looking straight into the engine of some kind of ship. This is basically an elaborate showpiece to entertain people who are waiting in line.

I captured this with the Olympus OM-D E-M5 Mark II with the wide-angle 9-18mm. Shown at its widest, this is at an 18mm equivalent. I didn’t shoot the Olympus as much as the Fuji, but the wide-angle added that extra drama I was looking for. Notice also how sparse the waiting area is? You can see the motion blur of a few people on the right. Quite a spectacular difference compared to my first ride, where this entire chamber was packed with people.