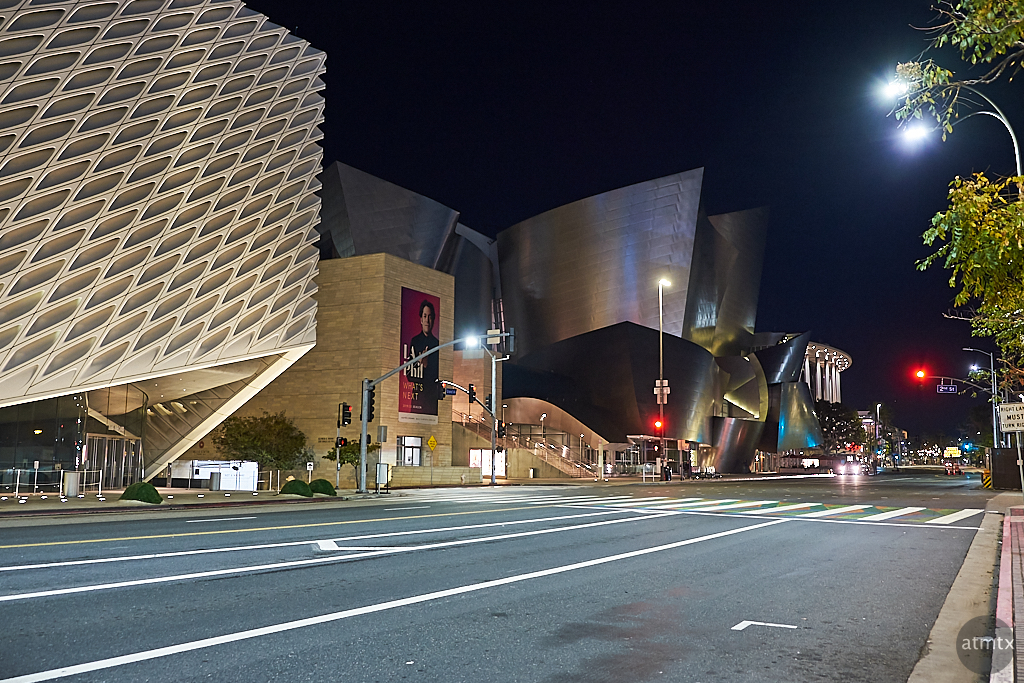 As I later found out, Grand Avenue has several notable civic structures. Here we see The Board, which I featured yesterday, in relationship to the Walt Disney Concert Hall. On the other side of the concert hall, there is the Dorothy Chandler Pavilion. Which you can barely make out as a bright curved, columnar building.

The Broad is a contemporary art museum. The Disney Concert Hall is home to the LA Philharmonic, and the opera is performed at the Dorothy Chandler. Google Maps revealed that the Mark Taper Forum, next to the Chandler Pavilion, stages plays. It’s as though these structures compete for attention and an audience — trying to outdo each other.

These are the kind of buildings you don’t see in a smaller city like Austin. We also don’t have the institutions that would be housed in such places. While South Broadway, with its deteriorating historic theaters, may represent the past and crumbling urban core. These modern monuments — a short distance away — give hope that there are merits to big city life.