The H Mart store in Honolulu was a lot smaller than expected. Understandable given its modest and tight urban environment. Then I realized the supermarket only used one floor of the two-floor building. A food court generously took over the entire 2nd floor. I suppose the tradeoff made sense. Unlike suburban shoppers who load up their SUVs with weeks worth of groceries, the urban shopper can make more frequent trips selecting from a smaller inventory.

Instead, they get a convenient place to hang out and order a quick bite at the food court. The Austin H Mart has a food court too. Even larger than the half-a-dozen restaurants in Hawaii. Though somehow, the Hawaiian version seemed even more enticing. Maybe it was just smaller and cuter. Or perhaps a local mini-food court within walking distance sounds a lot cooler than a suburban one that requires driving.

We didn’t eat there, despite being tempted. We had dinner plans. However, my wife and I did buy a cool beverage at the supermarket. Though Hawaii’s temperatures are lower than Austin’s, the sun is more intense. The pumped-up air-conditioning and the drink were what we needed after our on-foot exploration of Kaka’ako. 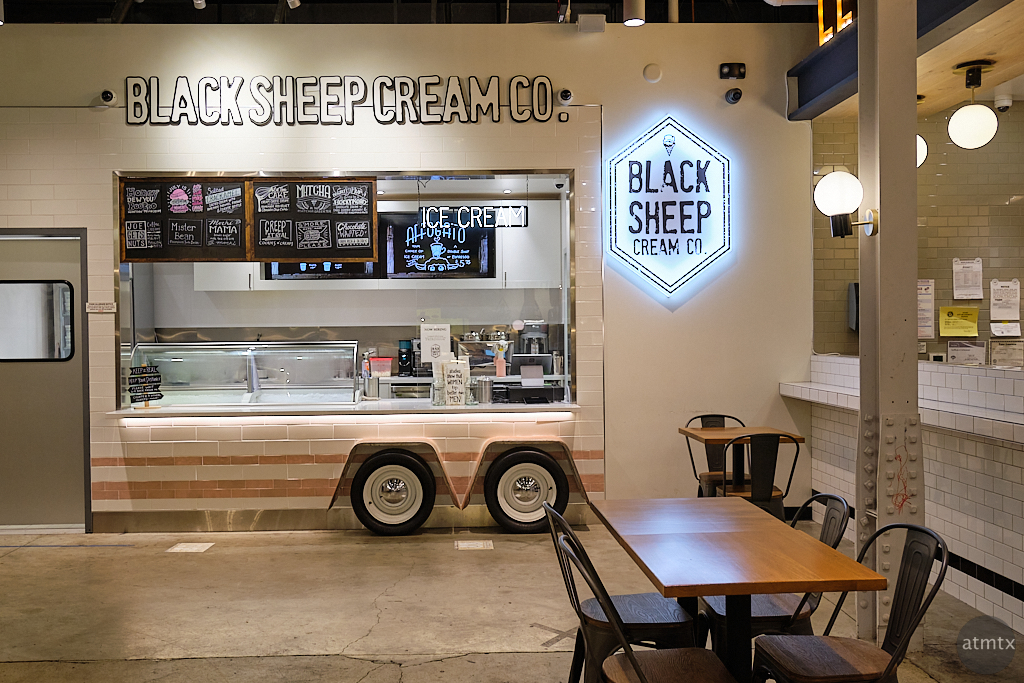