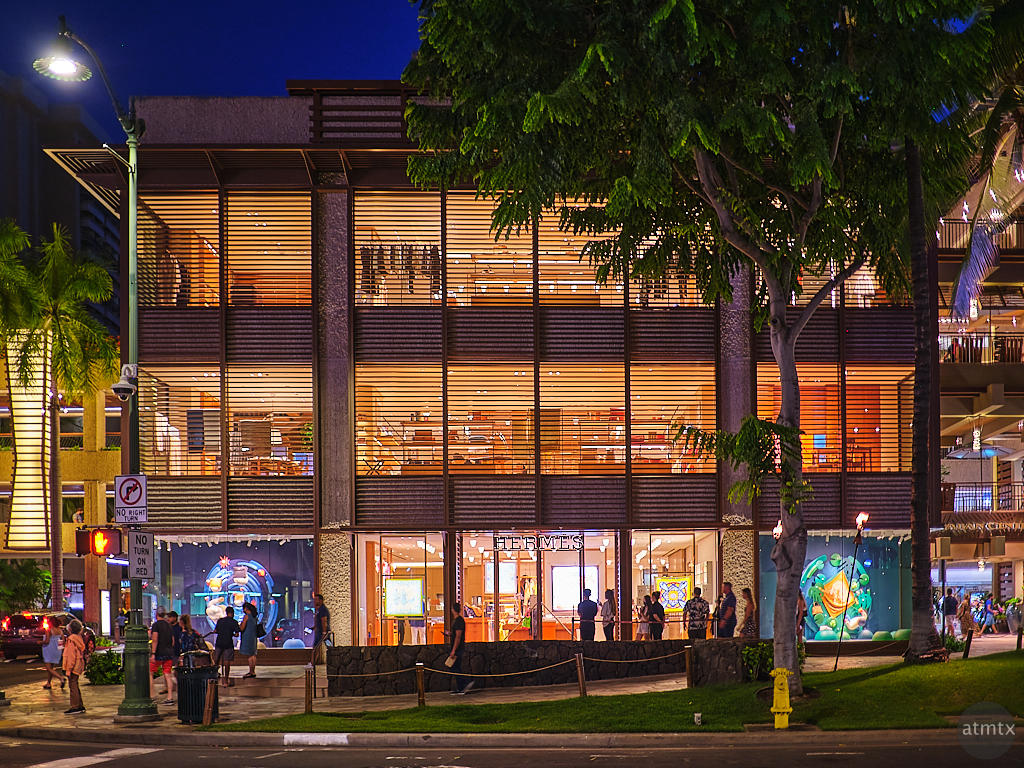 For the last photo of the upscale retail glow mini-series, we have Hermes. Just a block east from yesterday’s post. The three-story horizontally-slatted structure looks lantern-like to me.

Located in the Royal Hawaiian Center shopping mall, its neighbors include Saint Laurent, Ferragamo, and Harry Winston. I’ve heard of most of these places from movies or recognize them growing up in New York City. While Waikiki’s Kalakaua Avenue is upscale for the islands, it’s nothing compared to the big retail in Manhattan.

Talking about Hermes, surprisingly, they are opening a store in Austin. It seems out of character for such an upscale store to be in a casual city. Goes to show how much my hometown is changing. They’ll be located on South Congress, which has morphed into a very hip and trendy tourist-filled area.

One thought on “Hermes Glow”