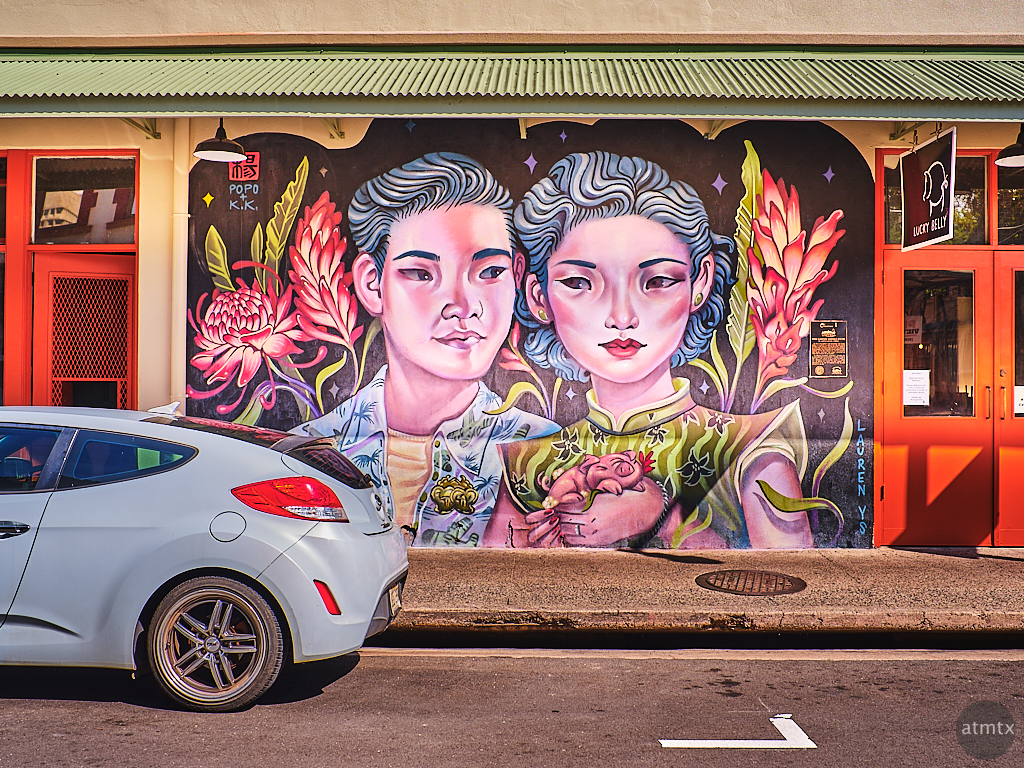 I’ve blogged about a few other murals that I found in Hawaii, including a few from an industrial area called Kaka’ako. I found today’s in the heart of Honolulu Chinatown on Smith Street. Clearly, it has an Asian influence that seems apropos.

I love this gem of street art. Too bad the car is in the way. Perhaps I can justify its interference as giving context to the art piece.

What looks like a straightforward capture of a mural actually involved considerable post-processing. I took this picture in mid-day when the light and shadows were at their harshest. The green awning put most of the mural in deep shade. I purposely underexposed the image. So the bright details would remain intact when I post-processed.

You can still make out the shadow line. But not so much as to make it objectionable.

Note: I just released the February 2022 edition of my newsletter. Signup for the free Newsletter if you want longer form posts of my observations.