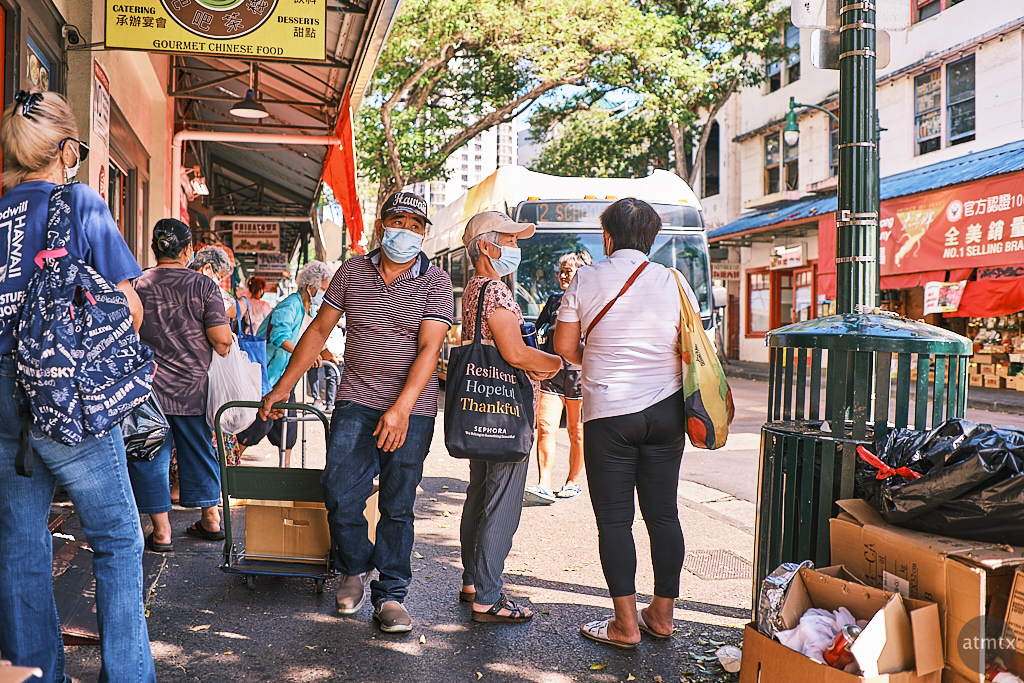 At the beginning of this series, I said that the Honolulu Chinatown was the scariest I’ve been to. There were a few reasons for this. The general state of the buildings was poor but not unusual for some Chinatowns. A more significant issue was that vast stretches were comparably deserted. Perhaps the pandemic played a part, reducing the people venturing outside.

I also noticed a few people were talking and even shouting to themselves. Clearly, they were under some duress. Though unclear what was causing the problem. I attempted to stay clear to make sure I didn’t temp a random unfortunate incident.

However, I don’t want to give the impression that it was all negative. This area near the bus stop was vibrant and full of life. I like how this image seems to capture this. If Chinatown were filled with these kinds of scenes, I would’ve been more complimentary. Unfortunately, this was one of the few spots that showed signs of life.