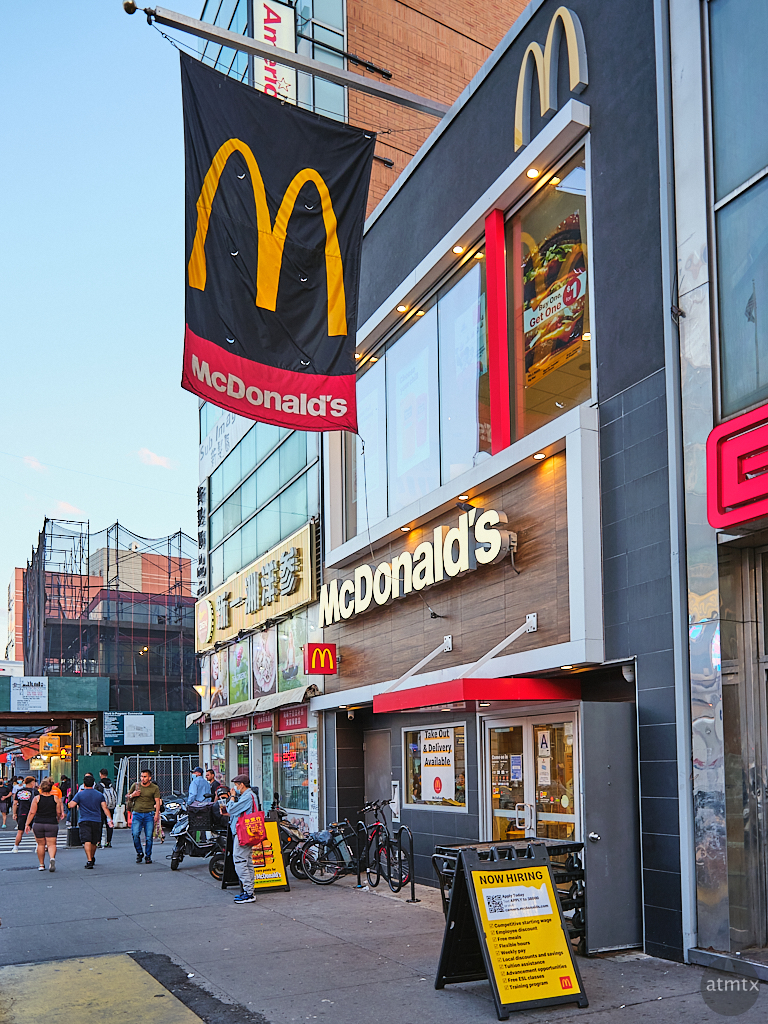 What may look like an ordinary McDonald’s, is not. It’s my McDonald’s. I don’t own it, of course. But it was the one I grew up with in downtown Flushing. And back then, McDonald’s in New York — at least for my family — was a big deal. I primarily had home-cooked meals growing up. However, when my mom was extra busy, she would give us a treat. The introduction of Chicken McNuggets was especially memorable.

I’m old enough to remember life before McDonald’s. In New York, we had a mediocre burger chain called Wetson’s. We would eat in the car, and inevitably someone would spill a drink. Understandably, my father was displeased. McDonald’s had tastier food. And my dad was mighty impressed when a dropped drink did not spill because McDonald’s had superior lids that didn’t pop off.

Surprisingly, McDonald’s didn’t make it to New York until 1973 when the first one opened in Harlem. By contrast, the first in Austin, and all of Texas, opened in Capital Plaza in 1962. The restaurant started in San Bernardino, California, in 1955.

I still remember my first Big Mac. It was a coming-of-age event for a young boy. I always ate two cheeseburgers and fries, and one day — by surprise — my dad bought me the big adult burger. Back then, with everything wrapped in paper, Big Macs showcased their premium status with a cardboard box, and a cardboard band around the burger proclaimed its 100% beef status. That was the sandwich for adults, and I finally got my own.

This picture from the mid to late 1980s shows what it was like back then. Even more significant than McDonald’s was Gloria Pizza, which you can see next door. It was my favorite pizza parlor.

Gloria’s was tiny. A modest place with counters on both sides — only with standup eating. At the back, a large oven and constantly spinning pizzas. I remember stacks of stainless pans with resting dough. People rushing from the subway and buses would grab a slice. My mom remembers their first meal cost 25 cents, which included a slice of pizza and a cup of coke. This small neighborhood pizza place was so good that I knew people from Manhattan who took the Number 7 subway to Flushing to eat there.

McDonald’s no longer holds the same attraction, though I have blogged about a few times. I have an occasional McDouble every month or so — perhaps as a bridge to my childhood.

Pizza, on the other hand, is still my number one comfort food. I’m sure it was born from my experience with Gloria. Home Slice is where I go in Austin. They have a great New York-style pizza a mere 1,773 miles from my hometown.

3 thoughts on “My McDonald’s and Gloria Pizza”