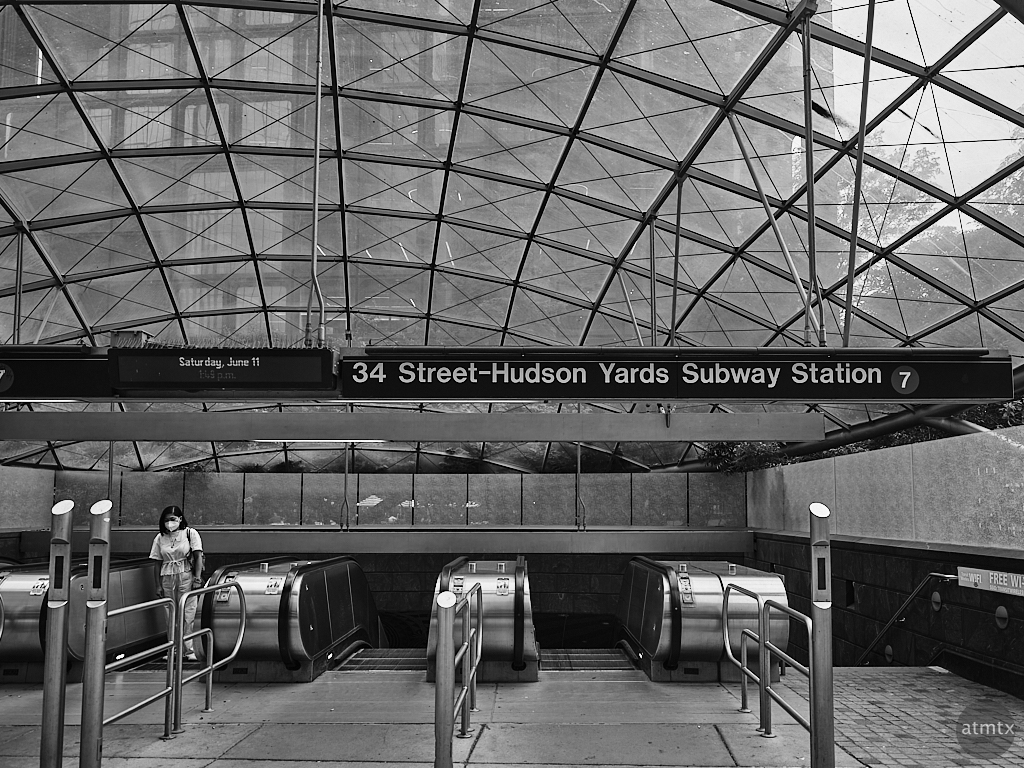 Earlier today, I released Issue 41 of my magazine, where I talked about more personal stories than usual. I also featured a brand new super-fun lens that I recently purchased. Signup for the free magazine to get the next issue.

A week and a half ago, I featured a blog post with the Number 7 Subway train descending into the Main Street Flushing Station. That was the end-point or starting point, depending on your perspective. The other side of the line is at this station in Hudson Yards.

The Number 7 line started in 1915 and continued to expand until it reached Flushing in 1928. It stayed the same until 2015, when the line extended from Times Square southwest to the newly developed Hudson Yards.

Most New York subway entrances are modest openings with stairs leading underground. This one is grand by comparison with a substantial glass awning. The station underground is more spacious, with broad platforms. It’s a modern station comparable to other first-class systems and a notable departure from most New York stations.