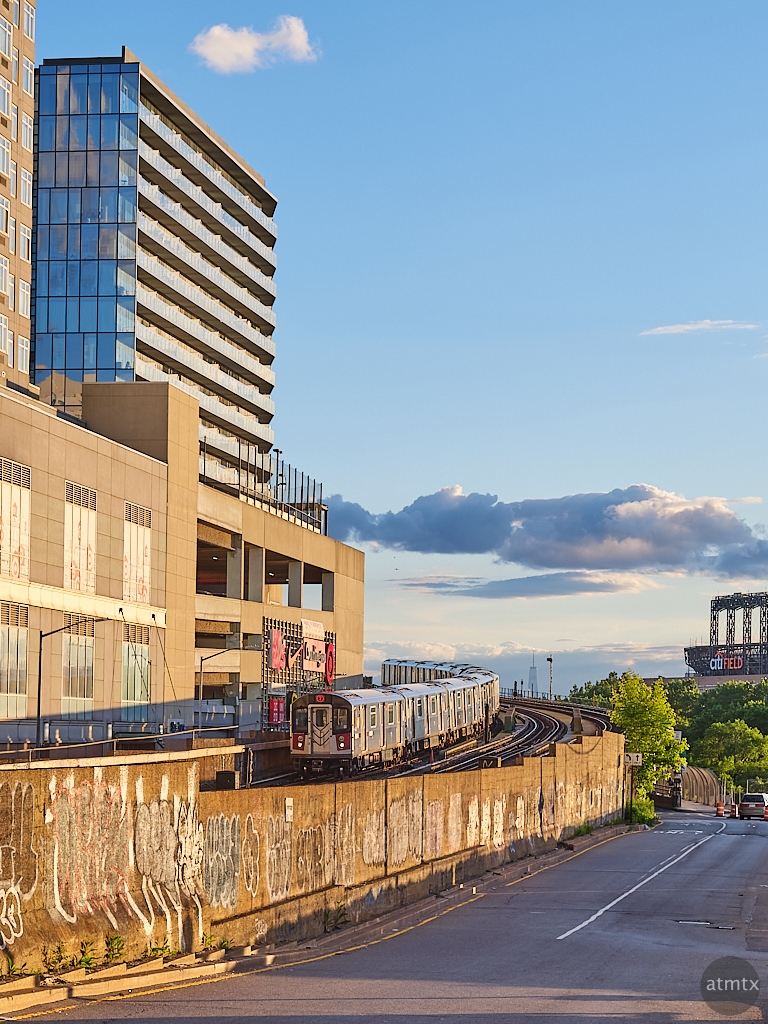 I wanted to finish my walking tour of Flushing with this photo that combines a few notable elements. The number 7 subway train runs from Manhattan through Queens and terminates at Flushing. In Manhattan, the train is below ground, and in most of Queens, it’s above ground. Just as it arrives at the Flushing Main Street Station, it ducks underground, as we can see here. It’s a subway ride that I remember all too well.

To the left, we have a glimpse of the newer fancy high-rises in Flushing. On the right, you see part of Citi Field — the New York Mets baseball stadium. When I lived there, the Met played at Shea, a giant all-purpose stadium torn down in 2008.

Near the curve, just to the right of the train, there’s a small pointy tower near the horizon. That’s One World Trade Center, aka The Freedom Tower. Built to replace the World Trade Center towers destroyed in the attack on September 11, 2001.

My limited gear selection worked well, but I wished I had a long lens for this shot. I zoomed to the maximum 70mm on the Fujifilm GFX 50S II, which gives it a modest 55mm equivalent. With 51MP to play with, I cropped extensively in post, yielding this still acceptable 18.9MP image. While a telephoto would’ve been ideal, I was satisfied with how this turned out.