Flushing is an old community settled by the Dutch in 1645. Though it doesn’t have the glittering tall towers of Manhattan, it’s deceptively vibrant and crowded. It is the fourth-largest central business district in NYC and has the 3rd busiest intersection. And, here it is, the corner of Main Street and Roosevelt Avenue.

Nearly every business has changed since I grew up there. This AT&T store was probably once a bank, given its ornate and substantial size. Something that I later confirmed via a historic photo included below. The larger structures remain primarily unchanged. Multi-floored retail replaced the smaller squat stores.

Across the street on Roosevelt Avenue is this Duane Reade Drug Store, which was once a Woolworth’s. I still remember its rather unique and not too pleasant smell inside. However, I shopped there often, usually for accessories.

The building on the right with the flags on the roof was once an Alexander’s, a discount department store, now a giant Asian Mall. We often bought discount clothing there, though I preferred E.J. Korvette located several blocks south. Woolworth’s, Alexander’s, and Korvette’s perfectly catered to Flushing’s working-class community.

I have fond memories of Korvette’s. That’s where I ogled and dreamed of electronic gadgets, including the first Atari video games and VCRs (Video Cassette Recorders). That was high-tech stuff in the 1970s.

If we wanted to shop upscale, we went to Gertz, located further up Roosevelt Avenue. That was our fancy place that I rarely entered. I remember my mom buying me a 50-piece stainless steel cutlery set when I graduated college and was furnishing my first apartment. Remarkably, we still use this same set, with hardly any wear after 36 years. The Gertz became a Stern’s, which morphed into a Macy’s, which is still there. 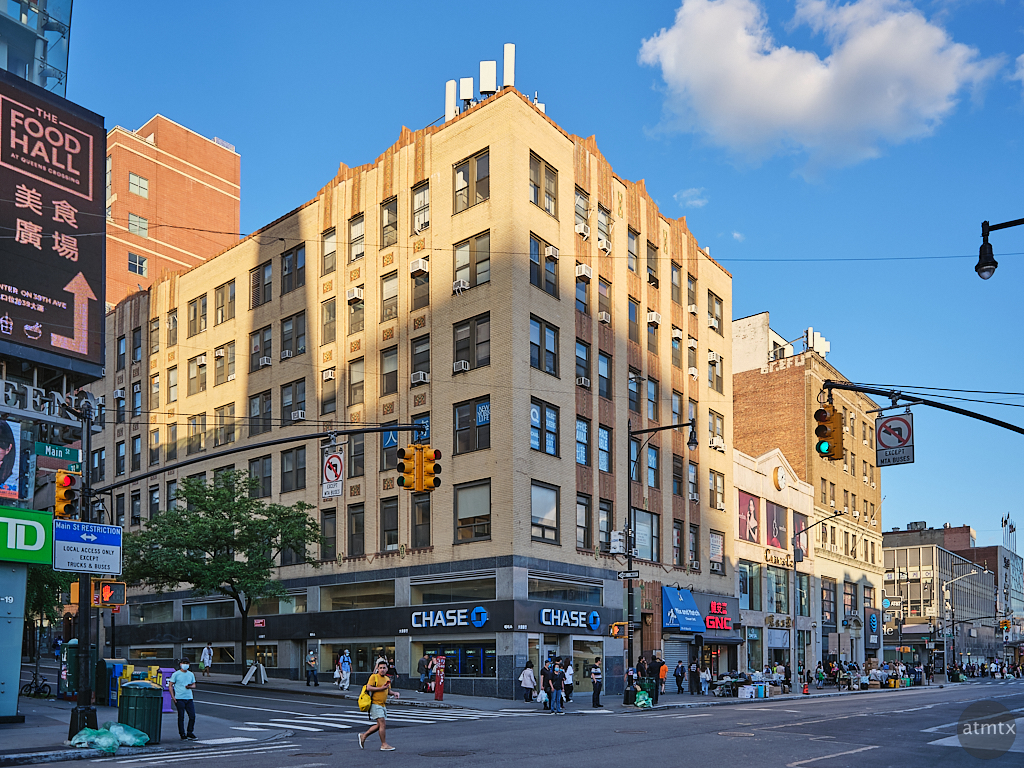 On block north along Main Street is this substantial building with Art-Deco details. I’m guessing it was built later in the 1930s, given its architectural style, and it doesn’t appear in the historic photo from 1930, as you can see below.

I didn’t think much of downtown when I grew up there. It was a place to shop and to catch the bus back to the house. Only later did I realize the convince of a vibrant and walkable shopping district. 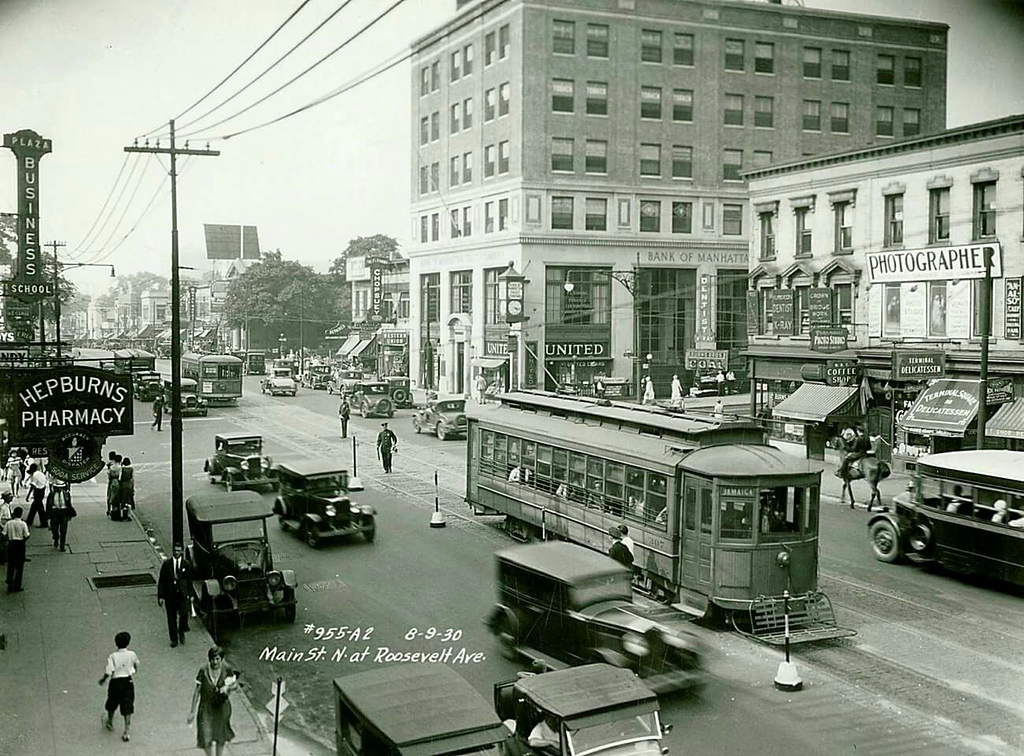 Remarkably, and purely by accident, I’m posting this blog exactly 92 years after this photo was taken. Note the date, August 9, 1930.

One thought on “Downtown Flushing”