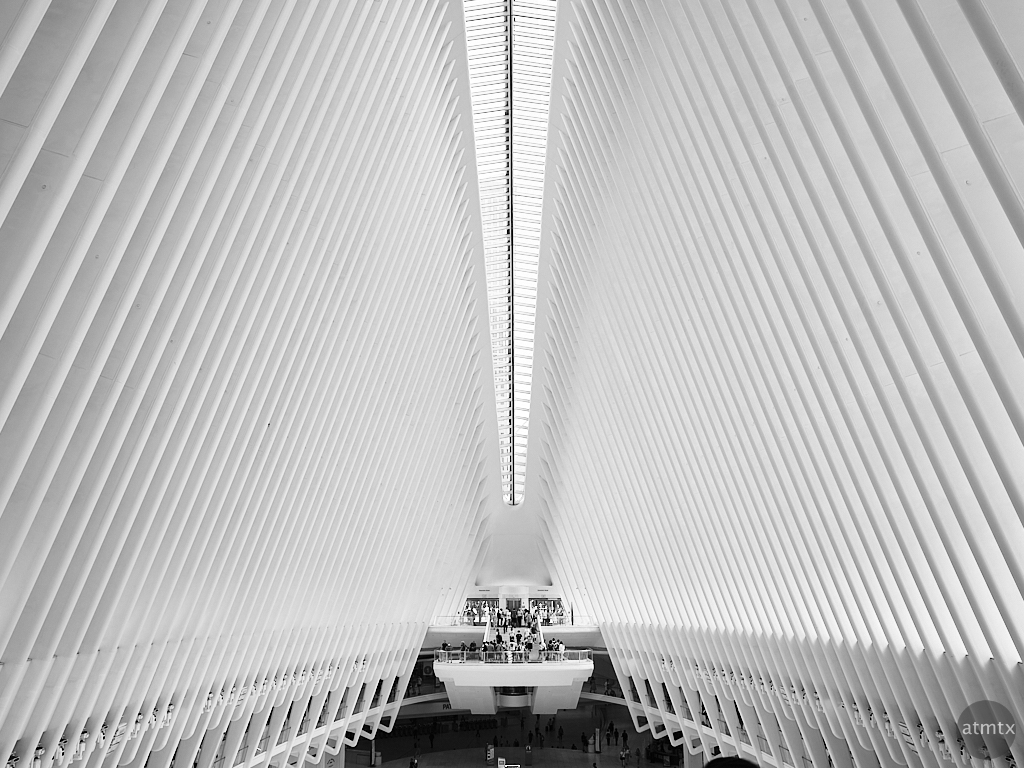 The Oculus Center is a train station and shopping mall located in the World Trade Center complex in lower Manhattan. Designed by architect Santiago Calatrava, the $4 Billion station took ten years to build. There was much controversy due to the cost overruns and delays. Some called it the world’s most expensive train station.

I didn’t know anything about the controversy when I visited in 2022. I was just awestruck by the soaring organic interior. Almost entirely white, I opted for a monochrome treatment for this photo essay.

There’s almost a church-like feeling in the central interior. I shot the roof from a platform couple of levels up that juts into the space. Appearing symmetrical, you can see another platform on the other side.

The concourse above the train tracks appears the most organic. I felt like being inside the ribbed interior of some giant monster. 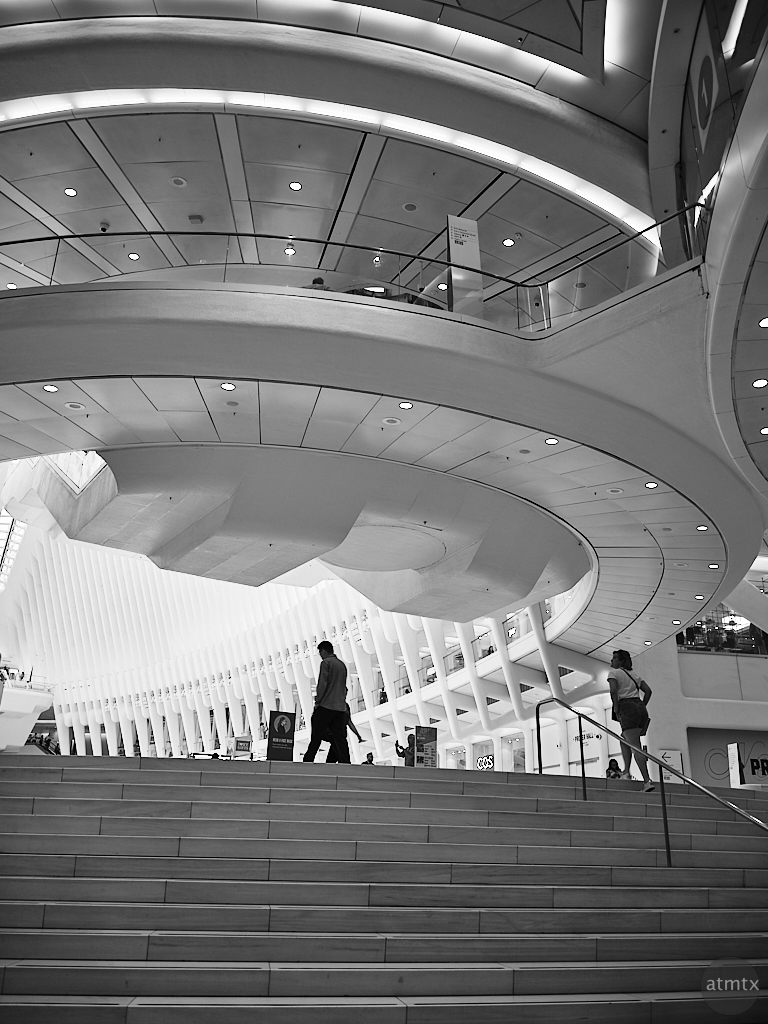 The curved end of either side has a circular design that looks like Star Wars-inspired architecture. An expensive structure, but was it worth the price? Such dramatic designs don’t come cheap. If millions experience this station over the next century, perhaps it’s justifiable.

The platforms on either end add character and are perfect for viewing. With multiple half-levels, it’s hard to know what floor you are on. I’m underneath the platform in the first picture. You get a closeup and the relative positioning of the platform in the next two images. 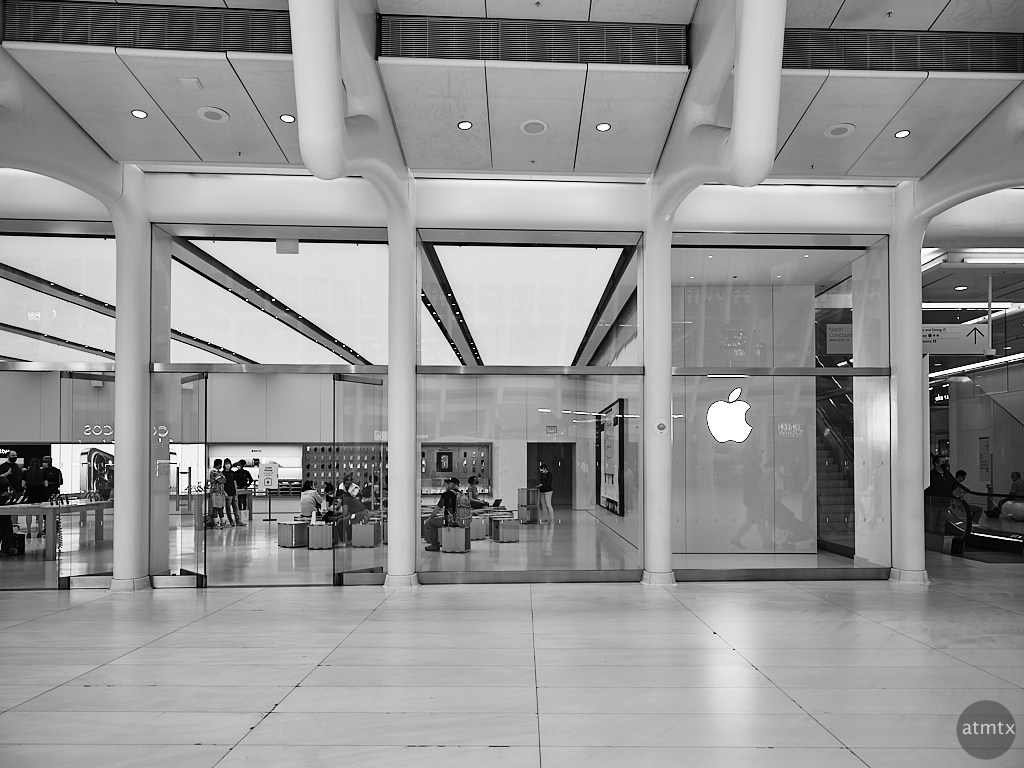 Shops ring the perimeter of the first and second floors. There was an Apple Store that blended into the architecture.

Mundane necessities like turnstiles for the train entry look jarring in this pristine white organic interior.

The long corridor, called the West Concourse, runs underneath the West Side Highway and connects the Oculus Center to Brookfield Place. The new World Trade Center site and adjacent developments are interconnected via the Oculus, combining several subway lines and the Path trains to New Jersey. Grand and spacious, a noticeable contrast to the older less-adventurous buildings in midtown Manhattan.

The temple-like space is unique in New York and perhaps anywhere else.

4 thoughts on “Photo Essay: The Organic Interior of the Oculus Center”