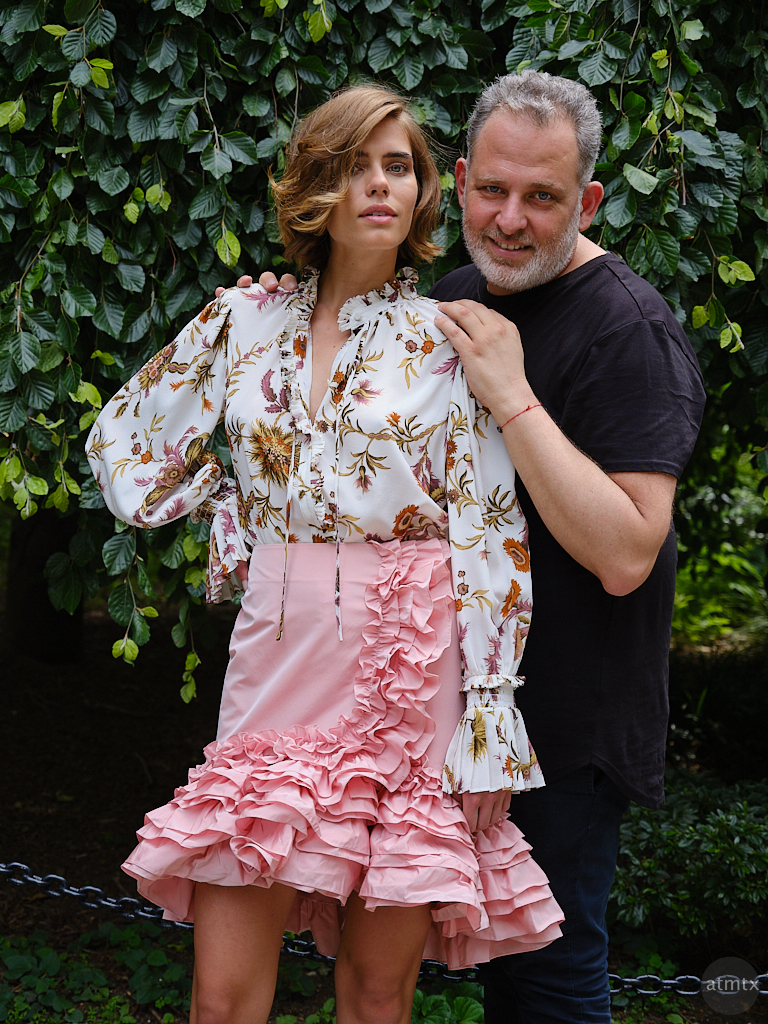 When I crashed a professional model shoot in New York City. The crew was unexpectedly friendly. The photographer suggested taking a picture of the head designer with the model. I asked Kobi Halperin, and he happily obliged. I, unfortunately, did not get the name of the model.

I don’t know much about the fashion industry. But found out Mr. Halperin was designing for the fashion house, Ungaro. Which, given the name, I thought was Italian. Research revealed that Emanuel Ungaro is French based in Paris, though now owned by an Italian parent company.

Google searches on Kobi Halperin revealed many of his designs selling at fancy department stores such as Neiman Marcus and Bergdorf Goodman — he’s the real deal. My wife thought the designs looked cute. I also found Mr. Halperin’s website features model shoots throughout New York City. Though, I couldn’t find photos from this shoot.