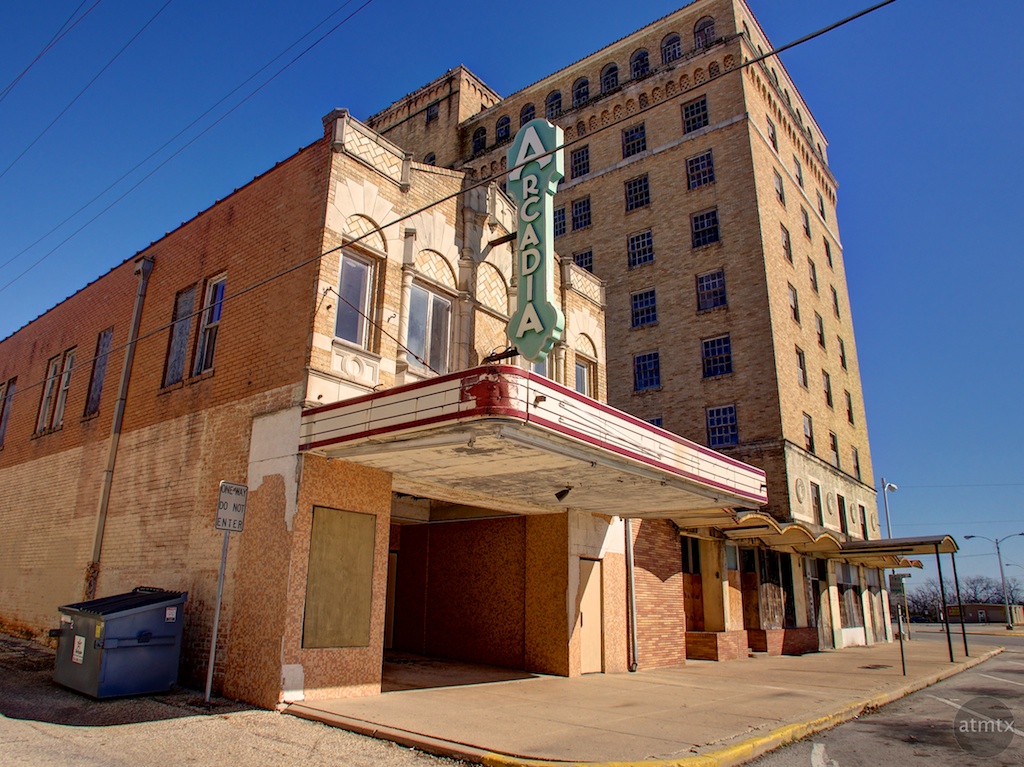 Update: The large building featured above was in fact a hotel, as I speculated. Called the Doering Hotel or the Hotel Hawn built in 1928.

I have a growing fascination with old cities. These older places have better detailing which adds visual interest — they just work better with my urban photography. And even if many of the places in Texas are passed their prime, the resulting decay adds even more patina. I also have an interest on an anthropological level too. What made these cities thrive and what led to their downfall?

I made a quick stop at Temple, Texas yesterday, on the way back from my son’s tennis tournament. Temple is located about an hour north of Austin on Interstate 35. It’s the first time I got off the highway and drove into the old downtown. My visit revealed a curious city with several taller buildings. This is not a small town like the ones I visited during the summer. Temple has a significant downtown which has clearly passed its peak. Quick research indicates that Temple grew as a confluence of two major railroad lines, the Missouri-Kansas and the Santa Fe. In fact the city was named after Bernard Moore Temple, a civil engineer who worked for the Santa Fe.

I wonder if these taller structures were hotels. It’s not hard to imagine back in the heyday with bustling streets and trains. Perhaps people stayed here overnight on their way to distant lands. I’m sure the car culture and the decline of railway travel has doomed Temple. And while there are still major employers in the area, most of the development is out in the suburbs, along the highways, like most places in the U.S. 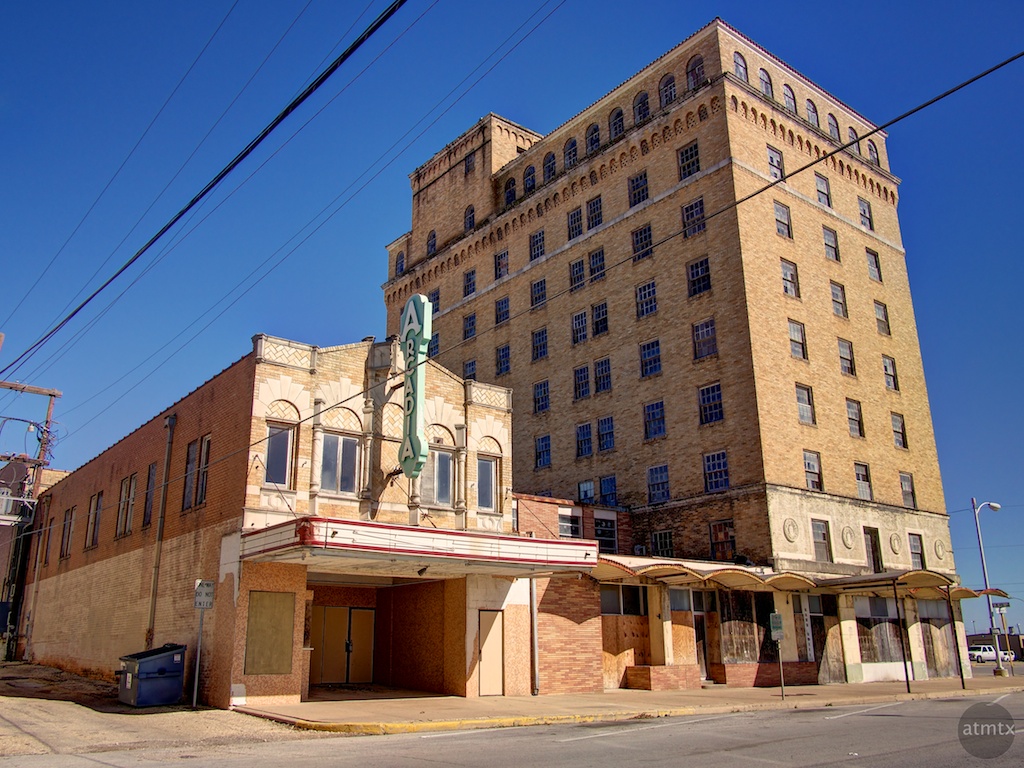 My favorite composition is of the Arcadia Theater with the tall building in the backdrop. It’s my lead photo and I added a second from a slightly different angle. The first photo was taken at a 22mm equivalent wide-angle, up close. The second photo, with the 28mm from across the street. I’m speculating that the tall building was once a hotel but there are no signs to be sure. Both buildings have lovely brickwork and detailing that sets them off from the norm. 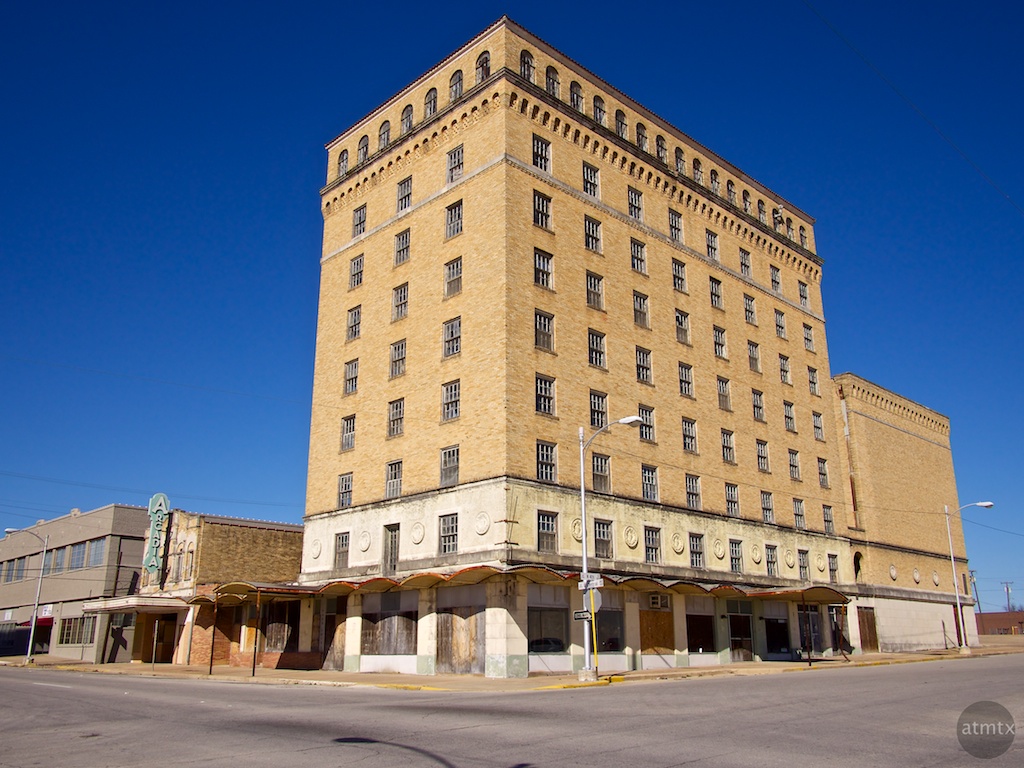 Here is another view of that tall 9 story hotel like structure. I’m struck by the optimism that created such a building. In a city with 2 story buildings, this must have been built to impress. Looking at these images, devoid of people, I can’t help but conjure up some post apocalyptic scenario. Add your own zombies to spice up the story. There were certainly the occasional vehicle that passed by but on this Saturday afternoon, there were almost no pedestrians. 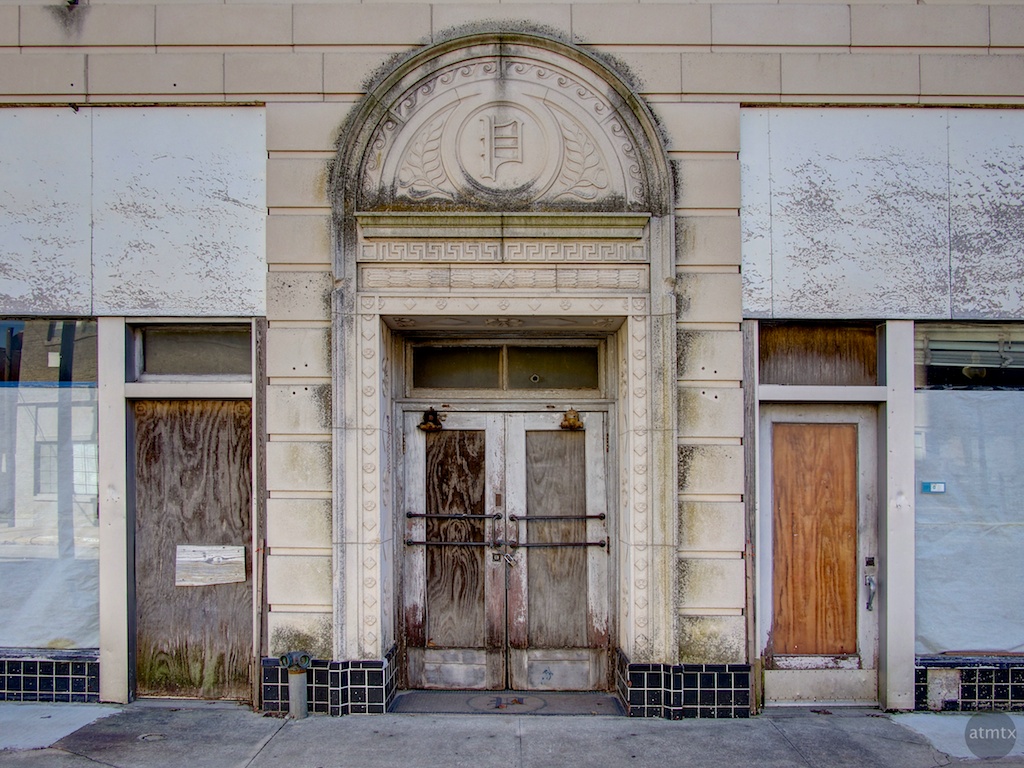 Across the street there is a less interesting six-story building. I like the detailing above the humble doorway. The boarded up businesses on either side seem to balance the composition. 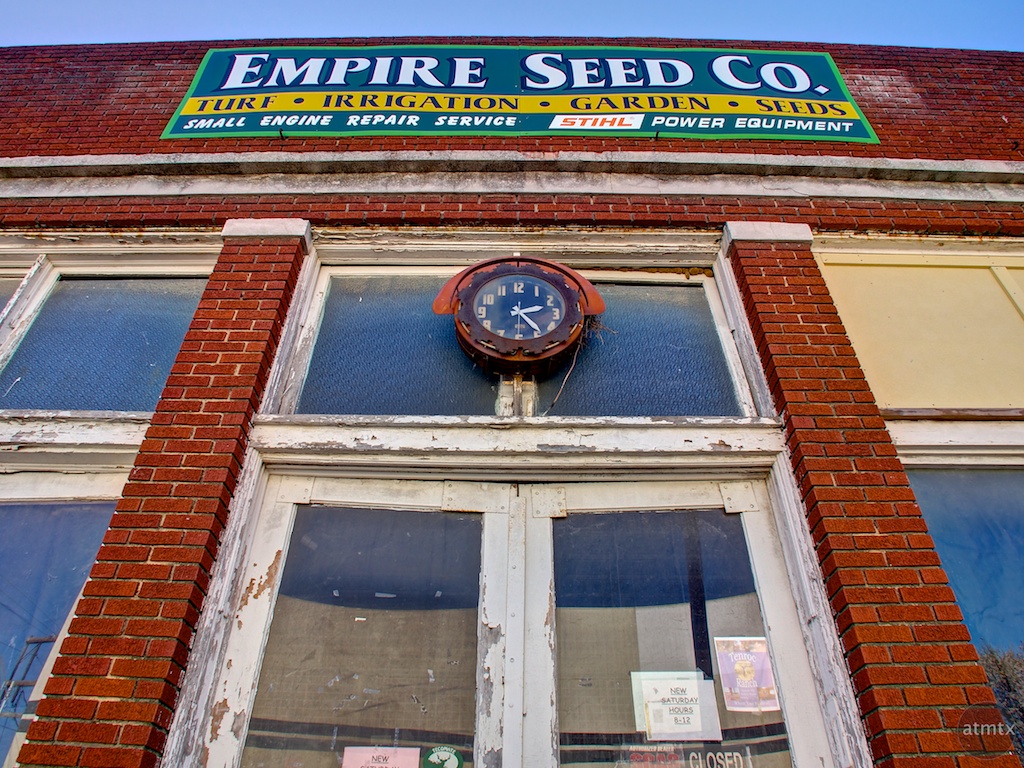 I don’t want to portray a completely dead city. There are active businesses in the downtown district — even an unexpected Japanese Restaurant. The Empire Seed Co. still seems to be in business. I was drawn to the rusted clock and the patina of this aged structure. 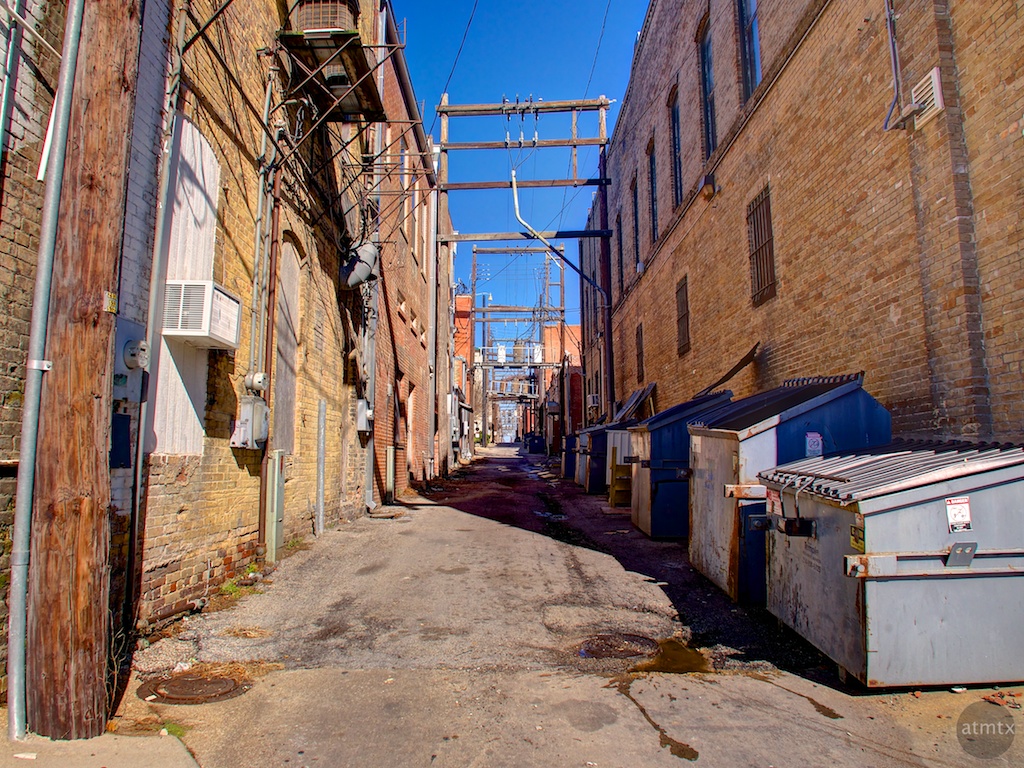 Nearby, there was an alleyway that reminds me of black and white photos from the end of the 19th century. You know the kind that have telephone wires and power lines strung, multiple levels high, in those rapid growing East Coast cities. Take away the dumpsters and I get transported back to that age. It almost seems like this place was frozen it time.

Finally here is a photo of the 13 story Kyle Hotel building which is now converted to apartments. Built in 1929, this appears to be the only historic tower that is still being used.

Temple also has some newer downtown buildings and a few businesses are renovating older buildings. The modern buildings don’t have the visual appeal of the older structures so I chose not to photograph them. Like usual, my photographic tours are mainly to capture what I consider interesting, rather than being a complete inventory of what’s there. The streets, sidewalks and the general infrastructure are very clean. I’m hoping the downtown has turned the corner and will be redeveloped. It’ll be a shame if these building are not put to good use.