I’ve been using smaller mirrorless cameras for a while now but on my latest trip to California, I went even smaller. I still carried multiple cameras, as usual, but the camera bodies and sensors continue to shrink.

The Nikon J1 with its 1 inch sensor was the largest but still smaller than my primary Olympus micro 4/3 system. I also used the Fujifilm XF1 point and shoot and finally the iPhone 5S. Mainly through Instagram, I’ve shot the iPhone more seriously, lately. The latest generation iPhone has really improved image quality wise — particularly if I post smaller photos.

I was giving a tour of San Francisco to a visitor from abroad and decided to take some tourist photos myself. Since the iPhone has an approximately 30mm point of view, I adjusted the Nikon J1 and Fuji XF1 to a similar focal length. Here is the world-famous Golden Gate Bridge. Let’s see how they compare in good light. 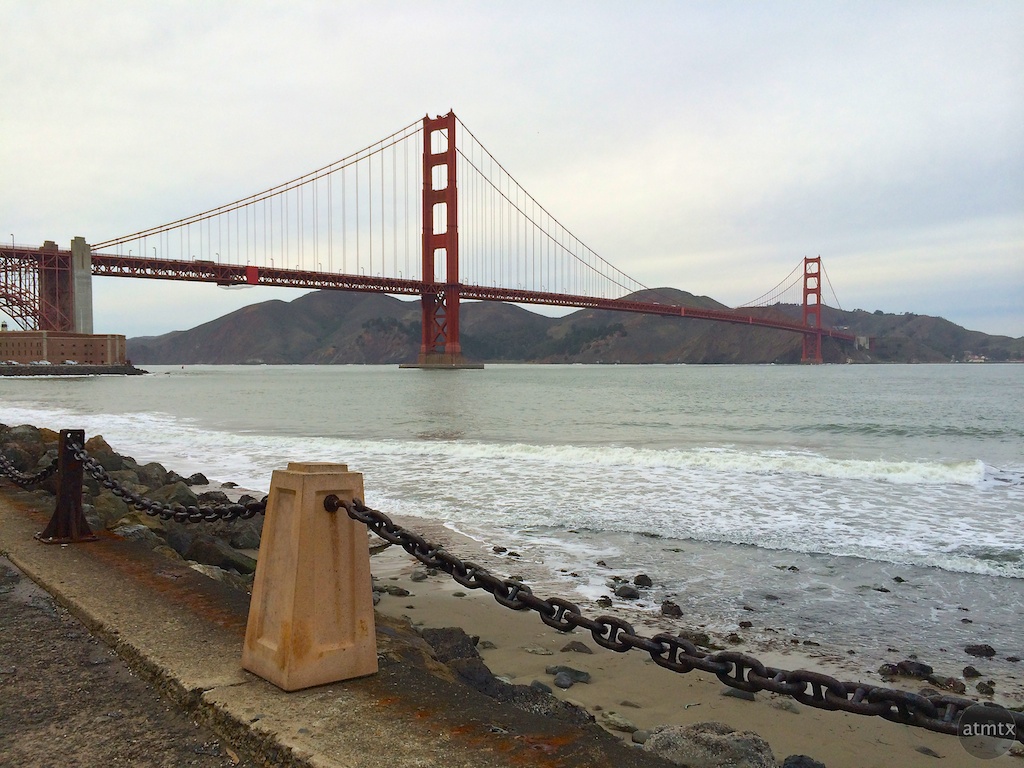 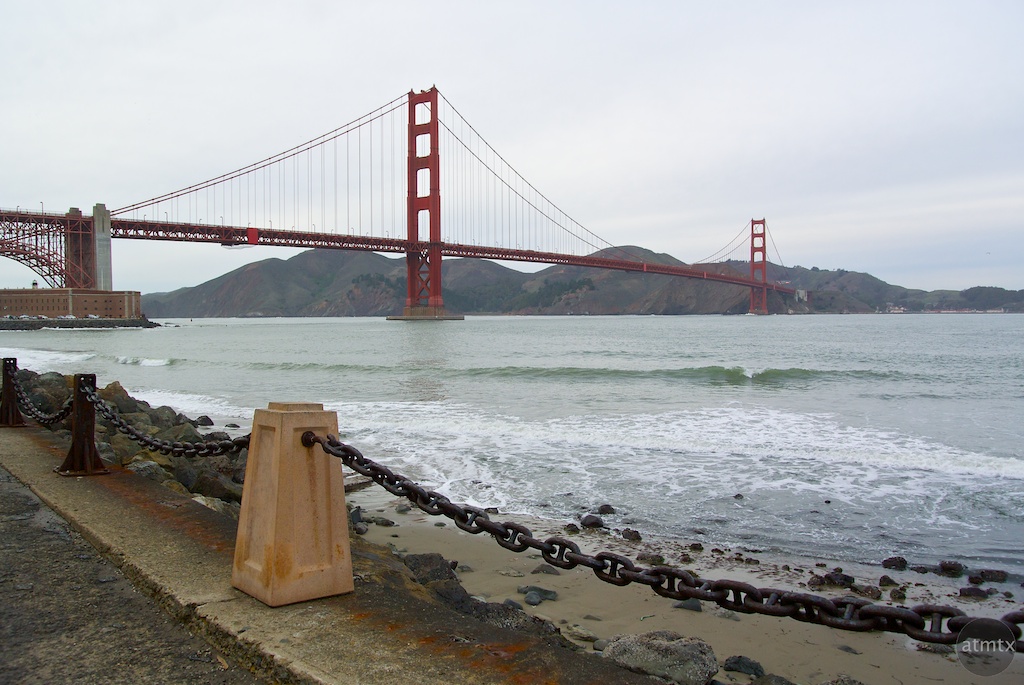 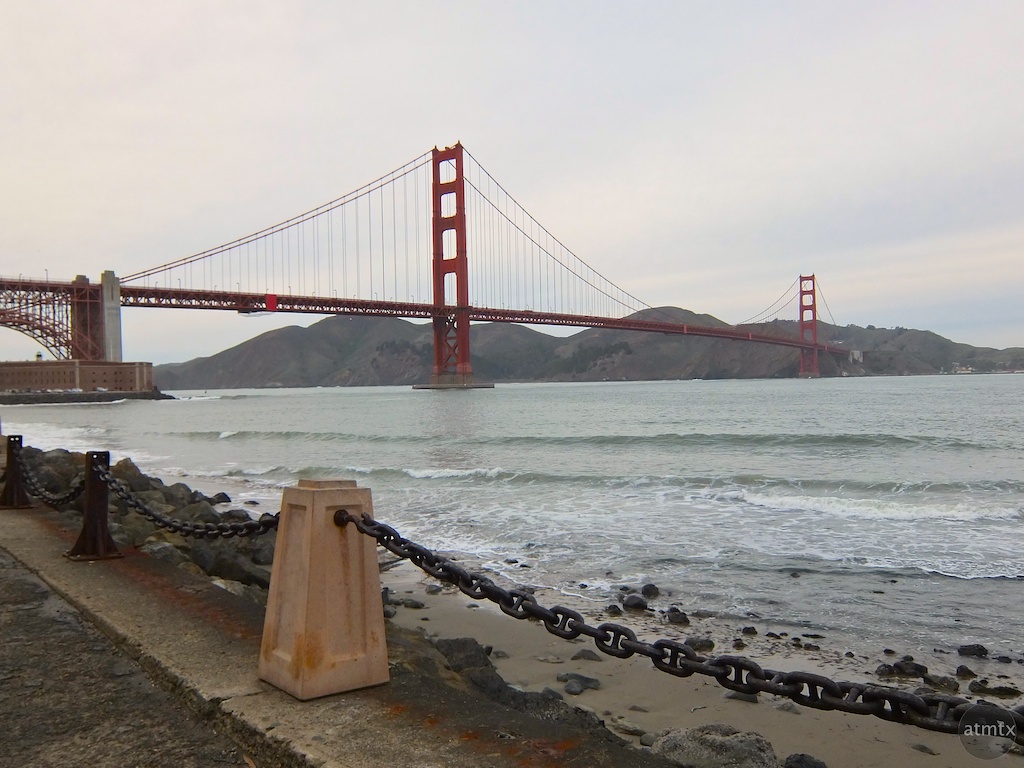 These were post processed in Aperture 3. The Nikon shot in RAW and the other two in JPEG. Which photo was taken with the iPhone, the Fuji point and shoot and the Nikon mirrorless?

With good light most cameras do a fine job these days. Technology wise, the iPhone 5S has the newest and most advanced sensor, though it’s the smallest.

These are not great photographs. It was an overcast day and nothing exciting was happening, lighting wise. However, I think these are typical snaps that a tourist would take. The biggest surprise is how well the iPhone 5S did, which is the first photograph. I liked its colors the most and the lens was sharp edge to edge. I took the second photo with the Nikon J1 which was equally sharp. The third photo, taken with the Fuji XF1, was a bit disappointing. As much as I like the Fuji point and shoot, I found the edges were not as sharp as the other two. The color was also a bit cooler, which I warmed up in post.

So how do these cameras do in dark, challenging light? Here are three more photos.

Clearly the iPhone 5S, with the smallest sensor, is the noisiest. If you look at the 2nd photo, you can see that the iPhone color is also more dull, probably with less dynamic range. The Nikon J1, the third photo, doesn’t do that much better than the Fuji XF1. The Nikon, with the kit lens at f3.5, is the slowest — the ISO jumped to 2200. Though the Fujifilm XF1 has a smaller sensor, its f1.8 lens really helps and the ISO remains lower at 1250. The Fuji exposed the brightest and I could have lowered it a 1/3 of a stop and increased the image quality. Interestingly, all 3 cameras chose 1/15s shutter speed.

Overall though, the most surprising is how competitive the iPhone 5S really is. It doesn’t quite match the dedicated cameras with larger sensors in darker conditions but it’s hard to believe that this is a smartphone. No wonder point and shoot sales are crashing. Sure, you don’t get shallow depth of field, but for these types of landscapes, that usually doesn’t matter.

Finally, the images at the top are some Instagrams I took with the iPhone 5S and processed directly on the phone. I feel like I’m starting to get the hang of iPhoneography and the creative process can be equally rewarding using the smaller device. With the smaller images sizes, Instagram photos can look quite good in almost any light.

Don’t worry though. I have no plans of turning this into an iPhone photography blog. More photos from my larger cameras coming soon.