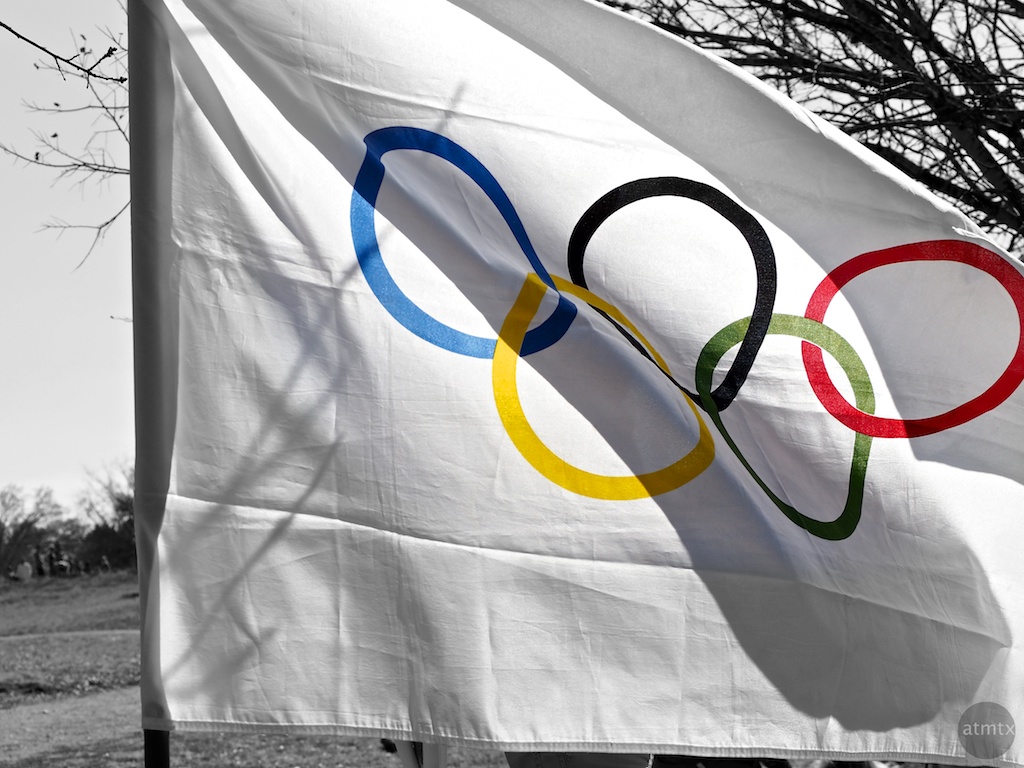 I have two new cameras in the atmtx photography lair to report about this week. One camera is on loan and the other I bought yesterday at Precision Camera here in Austin.

My younger son is in 5th grade which means he is graduating elementary school this year. This year’s school Olympics is the last one I’ll go to. It was perfect timing for testing the new OM-D E-M10 that I have on loan from Olympus. Last year, I still had the Canon 7D for my sport/action camera. I traded that for the Canon 6D which is less ideal for action. The OM-D with it’s 8 fps burst was going to work out great.

I don’t use the Olympus 40-150mm telephoto zoom too often. I’m really not a telephoto guy — but for events like this, it’s fantastic. Mated with the small E-M10, the combo made for a surprisingly compact and very effective setup. Its power and capability hidden from view, especially to the few remaining DSLR toting parents. I admit that I had smug thoughts, which I wisely did not verbalize, about the power of my small camera system.

Consider the E-M10 and telephoto lens has a 80mm to 300mm focal length, focuses faster than an mid-range DSLR and shoots at 8 frames per second. It also has a very nice EVF (electronic view finder) that shows me real-time exposure changes. It’s a testament to how much technology has evolved, especially in the mirrorless camera space. You really don’t need to carry that heavy DSLR around these days, in most cases.

I also brought my Panasonic Leica 25mm f1.4 for the indoor shots, particularly for the gymnasium, where the kids do the high jump. After 8 years or so that I shot the jump, I’m happy to report that I finally nailed that perfect shot. I started with the Rebel XT DSLR with kit lens and evolved to the Canon 7D with fast glass but it was the mirrorless OM-D that did the best. Certainly my photography skills have progressed but it’s really the camera advances that helped out the most. You see the Panny Leica 25mm is a much sharper lens than the equivalent 50mm f1.4 Canon and here the increased depth of field of the micro 4/3 format was an advantage.

I manually focused on the rope that the kids were jumping over. With the 4/3 sensor, I still had enough depth of field that I could catch one or two frames of sharp focus at the key moment. Add the fast frame rate and you have a half decent chance of getting something good. I shot at ISO 500, f1.4 and at 1/1600 of a second. I retrospect, I probably could have lowered the shutter speed slightly and decreased the aperture to further increase the depth of field.

I’m generally not an EVF shooter but it certainly helped in the midday sun — usually my photography is exercised in darker conditions. For sports where tracking running kids are important, I think the EVF lag is still a disadvantage compared to optical view finders. They’ve come a long way and I suspect in a couple of more years it’ll be a non issue. Consider the iPhone 5S, which shoots at 10 frames per second. I detect no LCD lag when panning the camera phone. Apple uses a really powerful processor, the A7, to do this. Camera companies will add this kind of processing power in the future too. But for now, I find that stutter in the EVF refresh makes it less desirable for tacking running athletes, even the 11-year-old kind. I still got the shots I needed through the EVF, it’s just that optical still has the edge. For most other situations, EVFs now work just as well and with some added advantages.

I will do a full review of the Olympus OM-D E-M10 but will do some mini-reports first, as it undergoes testing. Oh and the other new camera, that I bought? I’ll talk about that too, in an upcoming post. For followers of the blog, I’m sure you won’t be surprised by my choice.