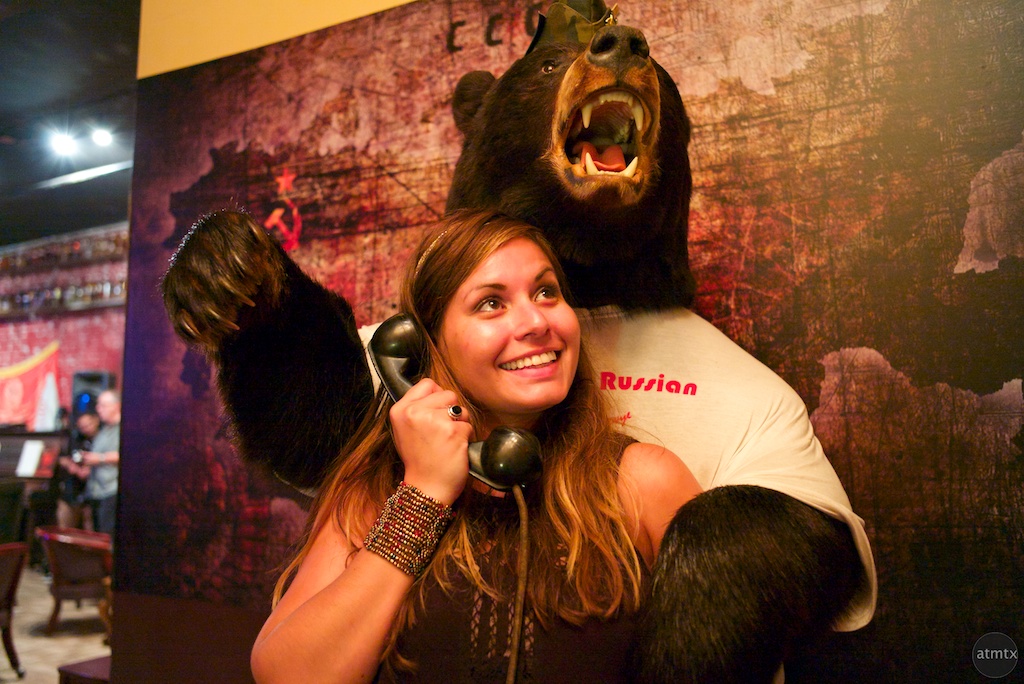 I went to another Drink and Click. I’ve often talked about these fun social/photography events and the one last Thursday was even better than usual. Both Olympus and a Paul C Buff, an off-camera strobe company, brought gear to play with.

It was good to meet Charles and Brett from Olympus, again. They’ve been nice enough to loan me cameras that I’ve reviewed on this site. In fact, the Olympus OM-D E-M10 review that I just finished last week was due to a self-imposed deadline. I wanted to complete it before I met Charles. I had the camera for a long time but was just too wrapped up in other things to complete the review. 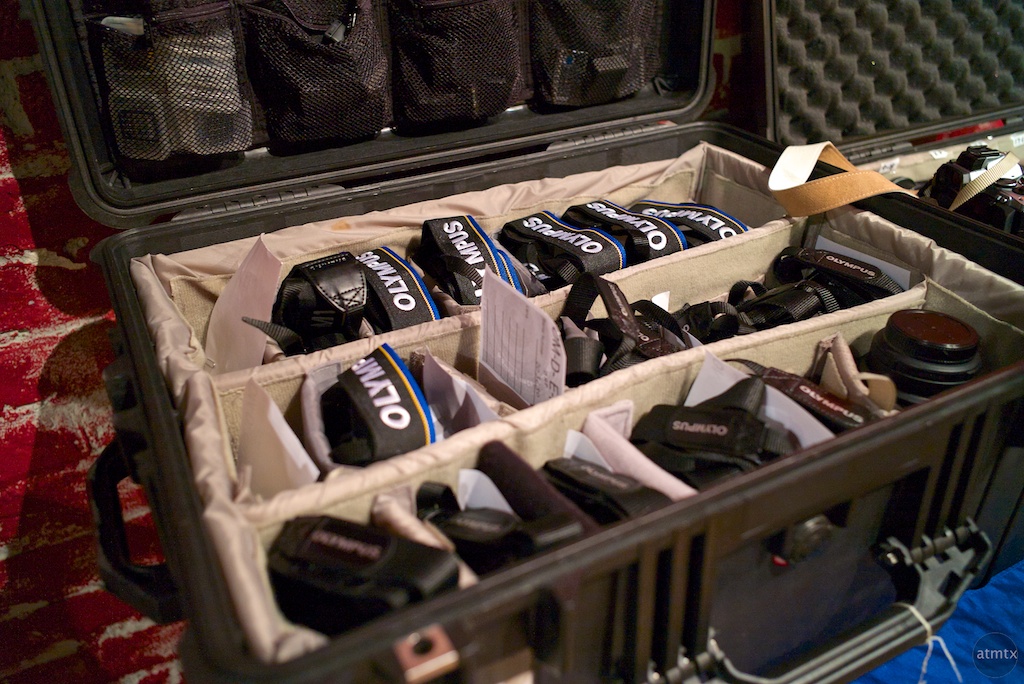 The Olympus folks came with an impressive array of bodies and lenses. The entire OM-D line, the E-M1, E-M5 and E-M10 were well represented, along with almost every Olympus micro 4/3 lens ever made. The cameras were popular but I didn’t partake. I was busy recording behind the scenes video. If I’m ambitious enough, I might put together another movie in a few weeks.

The main point of this post, however, is to talk about the Leica M. I finally got to play with it for about an hour that night. One of the participants, Mark, very generously let me use his. Luckily I had an extra SD card so I that can scrutinize the results afterwards, on my big screen.

It’s easy to be dismissive or cynical about Leica. At this point, the cameras are well out of reach for most people. They are relegated as rich-man’s toys or for really passionate collectors. Only a few of the working photographers that made them famous in the 60’s and 70’s could afford them today.

I’ve certainly had my fascination with Leica and their legacy. I’ve mentioned before that my Fujifilm X100S is a nod to the retro and affordable Leica. People will correctly point out that the X100S is just an expensive and retro-looking compact camera — It’s not a true range finder. But at $1299, I find it a more palatable choice.

The current M is the newest of a line that extends back to the first M3 in 1954. The first two digital Ms, the M8 and M9 were more like film cameras with digital guts. Indeed, when I used a M Monochrome (sort of like a black and white only version of the M9) once at a Leica Store, the thing made some weird whirling noises which distinctly sounded un-digital.

By contrast, the new M is a modern digital camera, in a distinct Leica sort of way. Using it was still strange and very different from any other digital camera I’ve used. It’s extremely chunky and in many ways, very clunky. Leica fans mention how tactile they are. I found it an ergonomic mess. At least it had easy access to exposure compensation which the M Monochrome buried deep in its menu. Perhaps Leica thinks real photographers shoot only in Manual exposure mode?

To Leica’s credit, the features are really pared down, especially for a digital camera, so it’s easy to figure out. It’s just that I find the physical controls hard to use. The main control dial on the back, for example, is placed in an awkward position. I’m sure with more use, its quirks will become second nature. After all, you know how I complained about the Fuji X100S, when I first got it. After several months, the work arounds for its failings have become automatic. That said, the Leica M is an extremely different beast.

Like the film cameras of yore, the lenses must all be manually focused and the exposure metering is rather primitive. You really have to be deliberate about using this thing. The bar was so dark that I could hardly tell if I was focusing it correctly. It was a rough place to get familiar with a range finder. It’s like jumping into the deep end. I inadvertently changed that aperture dial from f2.8 to f4, I noticed later. That’s a big mistake, especially in such a light starved venue.

Unfortunately, the camera felt kind of interesting. I wished that I totally hated it so that my lingering fascination with Leica can, once and for all, be extinguished. But, I’m on a quirky camera kick. It started with the Fuji X100S then I got the 11-year-old Olympus E-1. I kind of enjoy the challenge of taking good photos with different kinds of digital cameras (I’ve yet to be bitten by the film camera bug) Some people say how they like the M for its small size and low profile, especially for street shooting. Ironically, while that might have been true during the film era, these days, the camera is quite big. Not as big as DSLRs but it’s certainly stout compared to all my mirrorless cameras.

That said, the M does have a full frame sensor. And compared with full frame DSLRs, it is smaller, though harder to hold with a lack of any grip protrusions. It’s a totally unique camera and for people who like to experience something different, it’s fascinating. Leica is truly unique in the camera industry. 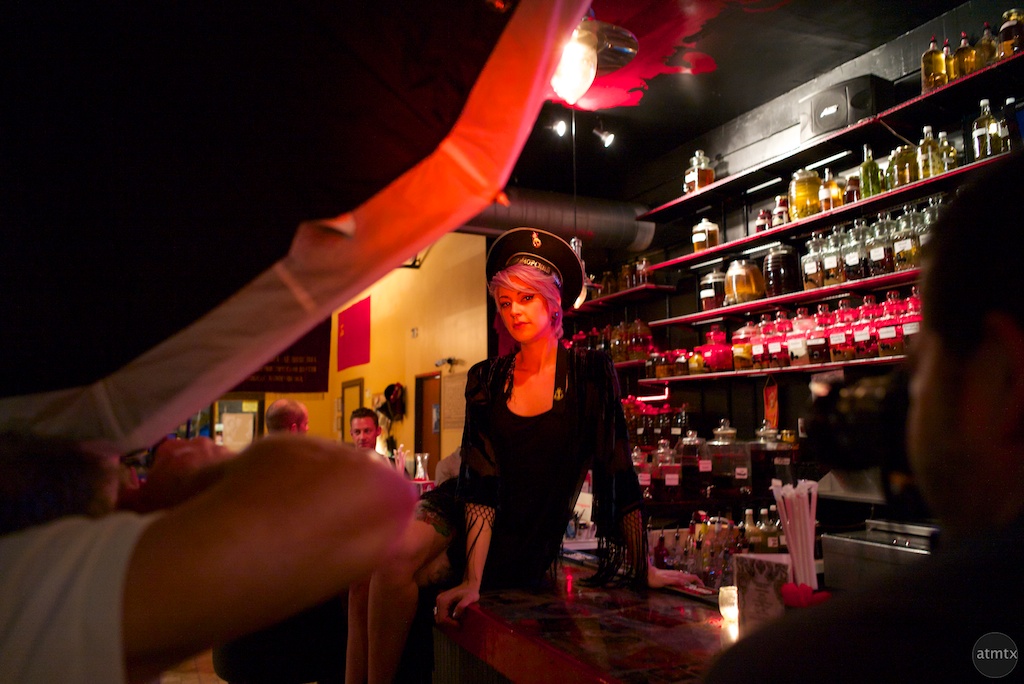 Then there’s the image quality.

Judging purely but the high ISO noise metric, it’s not class leading. In fact, in one sense, it’s disappointing. It’s probably about 1 stop less in performance than my Canon 6D.

But then I noticed the color — they’re beautifully and richly saturated. I shot in RAW DNG format and did less post-processing than usual. I wish I had photos from other cameras to make direct comparisons. Perhaps under the same lighting, other cameras would do just as well or even better. But I couldn’t help but notice that I like these colors, at least the ones I shot that night. I’m preoccupied with color these days and the “Leica look” certainly seems intriguingly different. The dynamic range also seems to be good, which is convenient because the metering got tricked and it underexposed on several occasions.

I find the images usable up to ISO 6400, give or take. There’s an extremely fine digital grain which looks different from other cameras. ISO 3200 looked weaker than I expected but 6400 didn’t degrade very much. All photos were shot at ISO 3200 except the first one, which is ISO 6400. What do you think?

Two things really stood out. The first is the hand hold-ability of this camera. There is no image stabilization but I consistently got sharp results at 1/8 to 1/12 of a second. That’s nearly 2 stops under typical shutter speeds. The Leica has an extremely quiet and vibration resistant shutter and I think the heft of the camera also helps.

The second surprise is the extreme sharpness of the photos. Even at ISO 6400, the fine digital noise maintains a level of detail better than my other cameras. I use the Fuji X100S up to ISO 6400 but, with the JPEG processing, the details become soft. Leica has always been famous for extremely good optics which seems to be helping here along with it’s different approach to image processing. So while its absolute high ISO quality is not the best, its color, dynamic range, sharp details and hand-holdability makes up for it.

Even with my recent string of gear purchases (or maybe because of them?), I’m not crazy enough to get a Leica M. Perhaps at 1/3 the price, I would be willing, but its lofty price is something I can’t wrap my head around. But using it, even for this short time, was very revealing. Leica does things in a different way.

I bought the Fuji X100S for my self when I hit 50. Perhaps when I hit 60 or when I retire, I can get myself something even more special. Heck, a used M should be a lot cheaper by then and at this point in my life, I’m more happy buying, yet another camera, instead of getting a fancy car.

But then there’s reality. I just found out that my car insurance premium doubles if my older son starts to drive next year. And of course, there’s always the looming specter of paying for college (for two kids!). That’ll come soon enough.