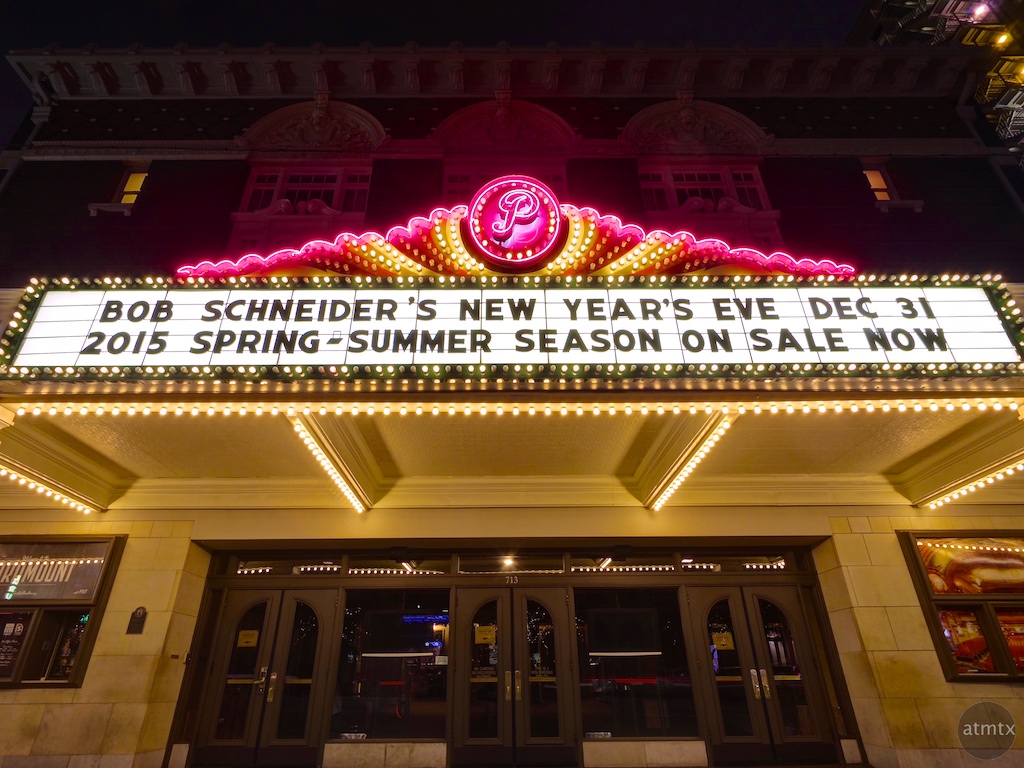 I’ve been out of sync with my holiday rituals since getting back from Japan. By the time I fully recovered from jet lag, Christmas was upon us. I realized that I didn’t shoot my usual downtown holiday photos including my yearly documentation of the Driskill Hotel Christmas tree. Even though it was after the fact, I went downtown on the 26th and created these images. 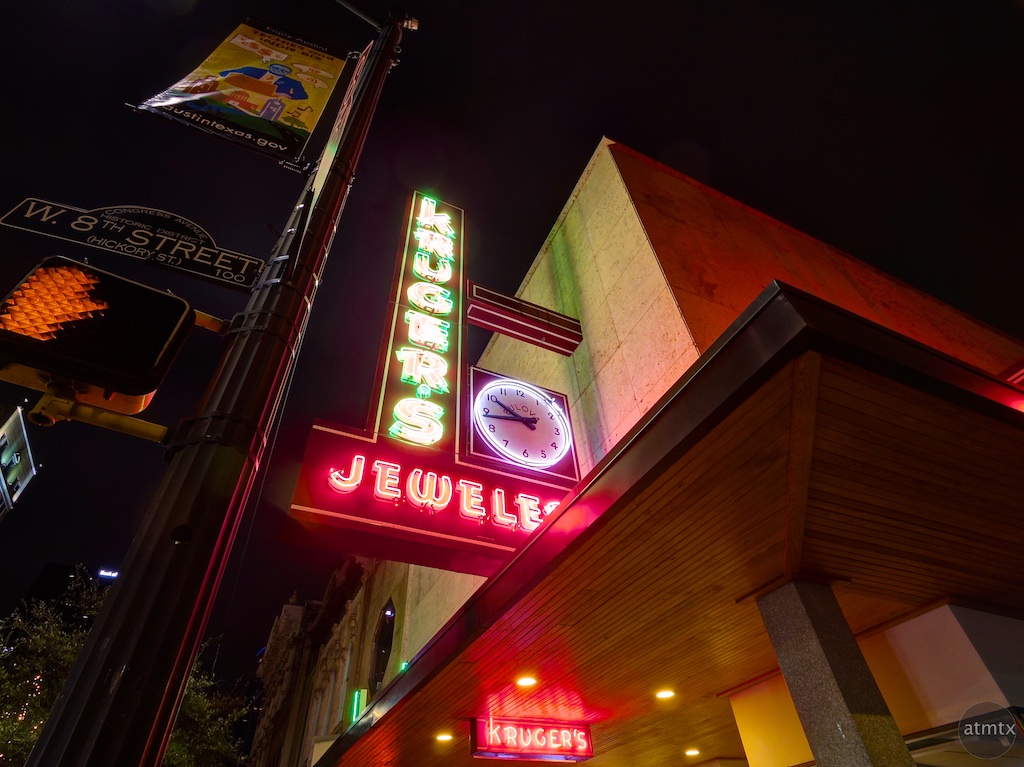 Downtown was quieter than usual, especially for a Friday. No doubt the usual revelers where taking it easy after Christmas. I had my Pentax Q7 with my 08 Wide-angle, the 01 Standard Prime and a tripod on hand for a super compact system. I headed down Congress Avenue and captured the Paramount Theater and the colorful Kruger’s Jewelers before turning on to 6th Street towards the Driskill. 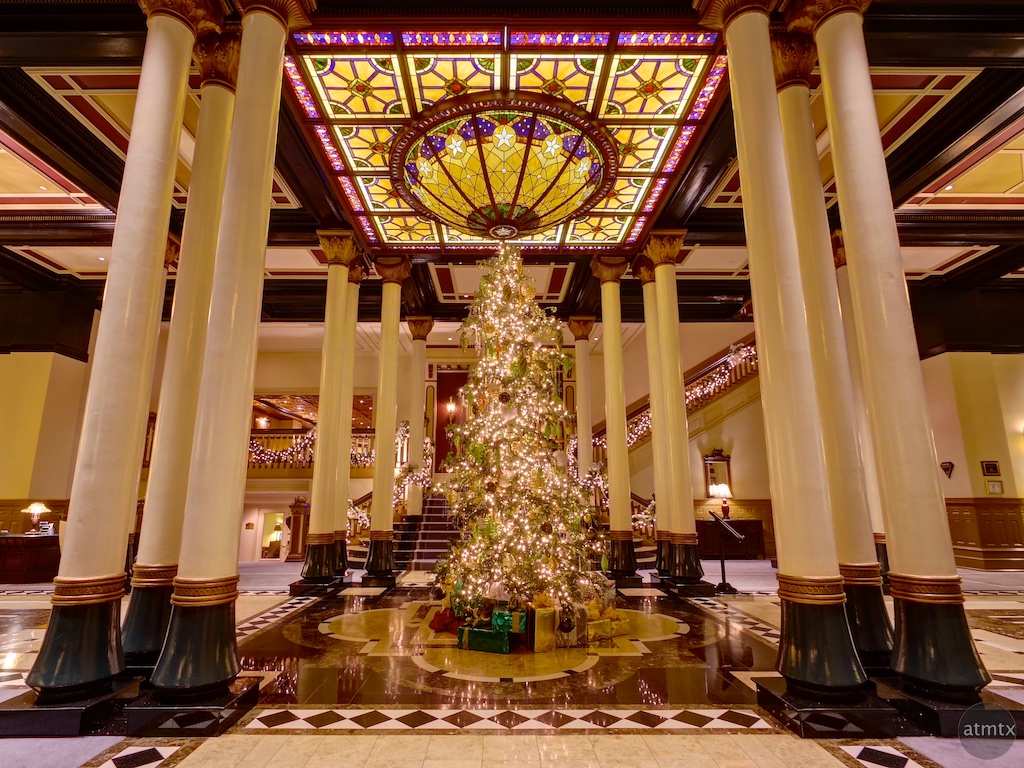 You think after the 6th time, I would get bored of this, but every year the Driskill Tree changes. I shoot it differently too and with a variety of cameras. This year’s tree look skimpier then in years past. Also with construction off to the side, I shot closer than usual, which changed the angle and framing. Luckily I’m back to shooting with a super wide-angle so I got everything if frame, including the stained glass. 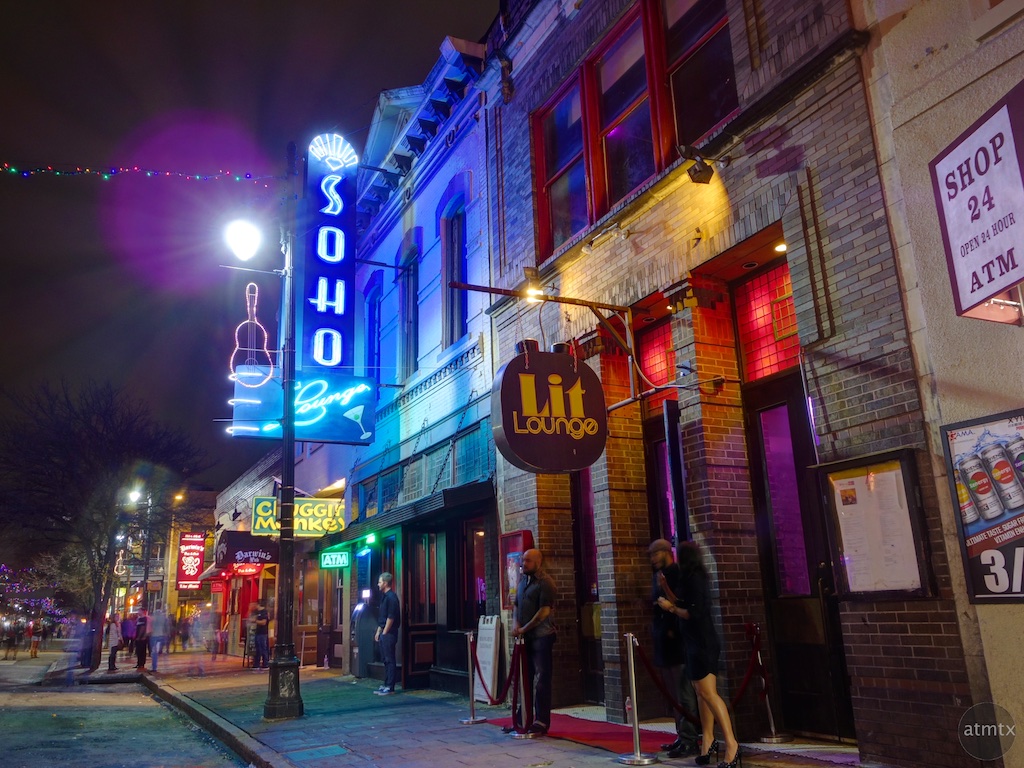 As long as I was on 6th Street, I wanted to further test the Pentax Q7 and create HDRs. The Soho Lounge’s blue neon is a frequent subject and with fewer people than normal, I got less of the distracting motion blur. Just enough to express motion but not enough to obliterate details. 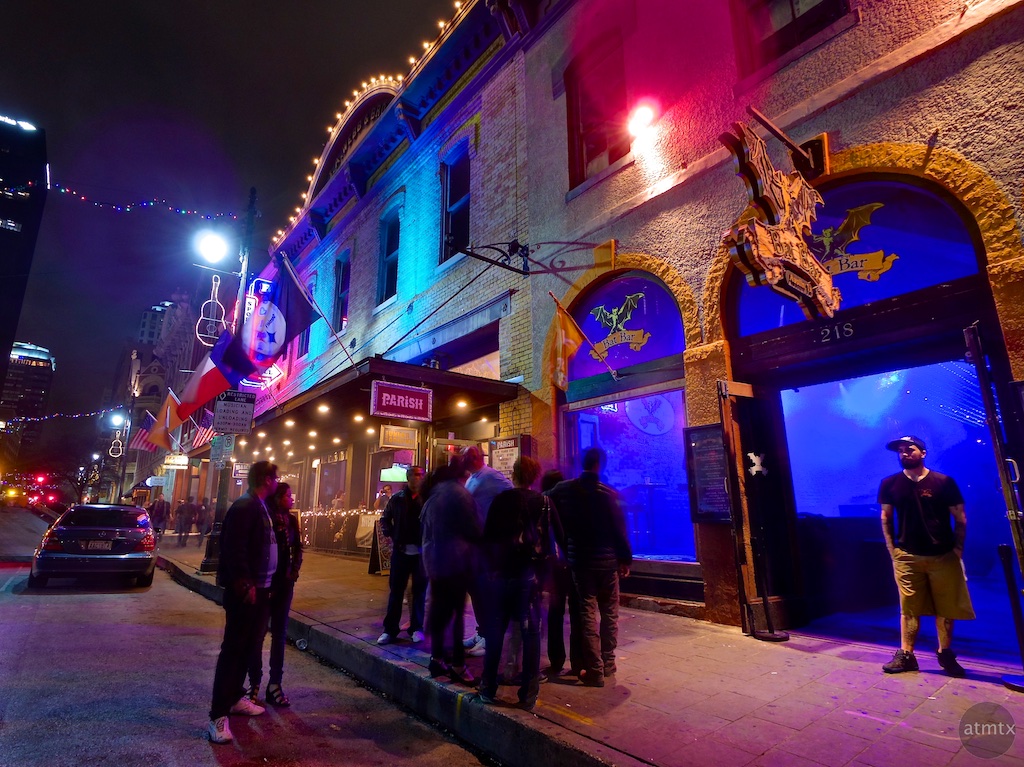 Across the street, the most lively place seemed to be the Bat Bar, at least on the outside. A women frequently performs light twirling by the window that attracts attention. I also like the blue lights and colorful laser spots that adds to the visual interest.

Satisfied that I got what I came for, I switch to the 01 Standard Prime and shot free hand. I tested the high contrast black and whites that I often did in Japan for that dark and moody look. Tokyo is very bright at night and those black and white shots were easy to do. 6th street and many places in the U.S. are a lot darker — would the Pentax Q7 work here in America? I’ll post those images separately to see what you think. 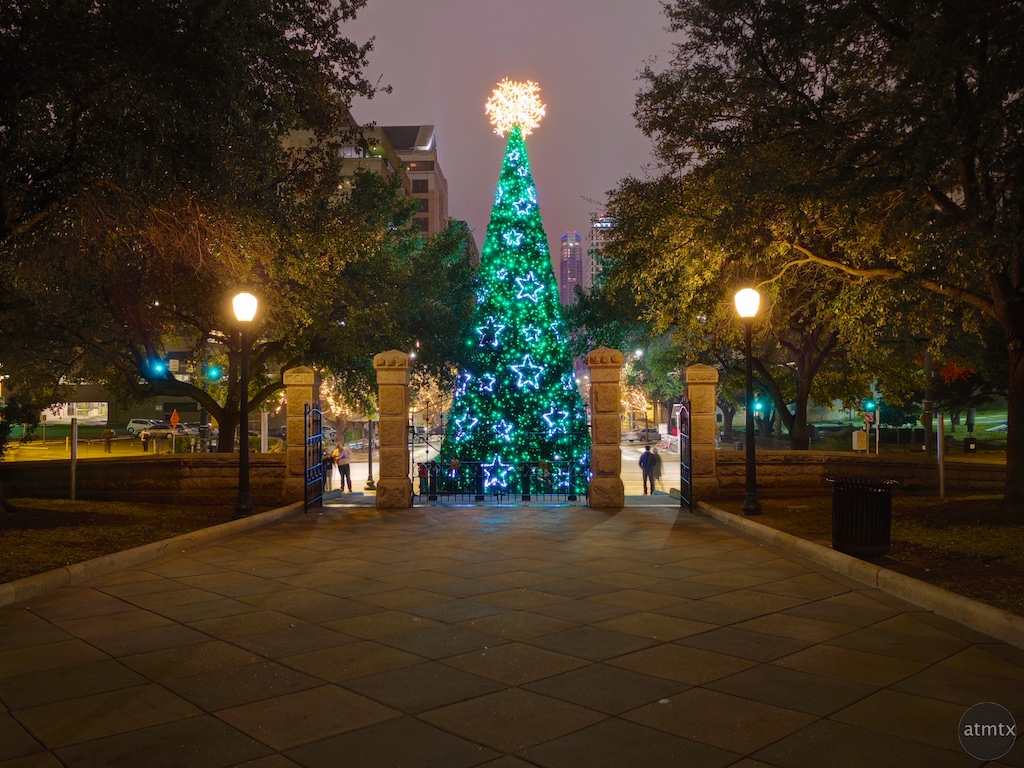 I remembered that there was Christmas Tree in front of the Texas State Capitol so I headed back up Congress Avenue. While it’s tempting to shoot the Christmas Tree and the Capitol together from the street, I found that too much of the building is obscured. I couldn’t find a balanced composition that I liked. From the capitol grounds, however, I like this shot of the tree looking south.

Turn the other way and you get the view of the Capitol. The damp heavy air seems to give a soft glow around the lights. I think there’s a nice mood here and luckily without many people. Perhaps I should go downtown again after Christmas next year. It may be the perfect time for some quiet photography.