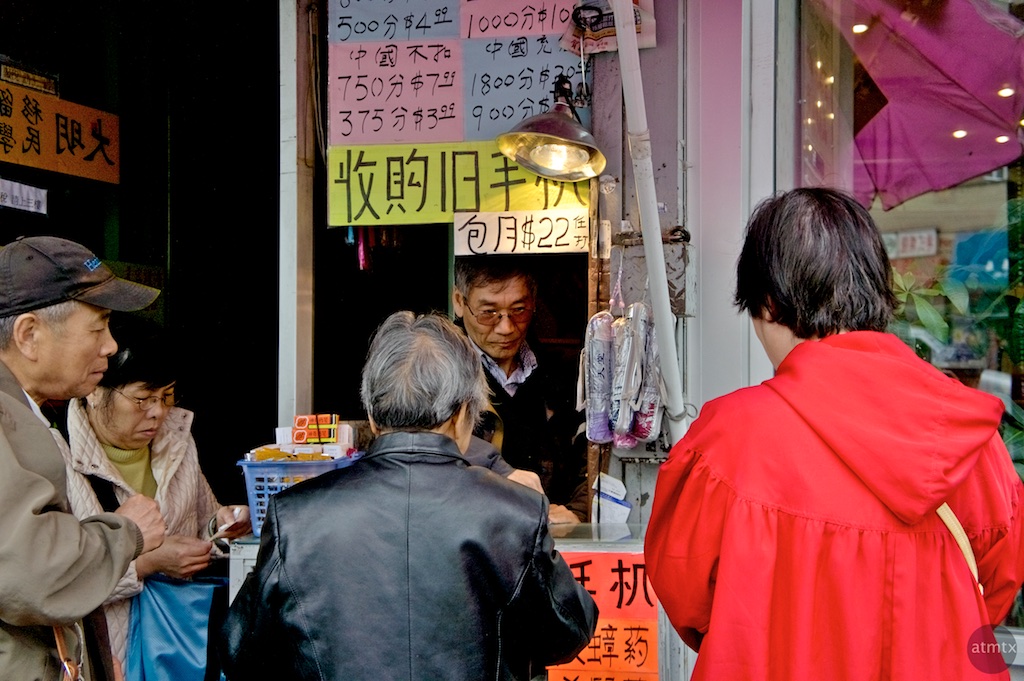 I took this photo back in 2011, but where do you think I shot it? Hong Kong? China? Singapore?

Would you believe it was in New York City? More specifically, it was in Flushing, which is located in the borough of Queens. New York has two Chinatowns. The original in Manhattan and a second, newer one, in Flushing, which also has a considerable Korean population. I have no idea what this guy is selling, but I was attracted to the mini-crowd in front of this tiny storefront.

It might be exciting and exotic to travel the world, but one of the great things about living in the United States is the ethic diversity. You don’t have to leave the U.S., to find slices of different worlds, perhaps, right in your own home town. In Austin, the small Asian population is rapidly growing, and there are stores and festivals that can make it look non-Texas like. I’m sure I’ll go to the Chinese New Year celebration again, next year.

We have a large hispanic population in Austin and, just recently, I had fun shooting the Dia del los Muertos parade, celebrating the Mexican Day of the Dead. Sure, I like traveling abroad, but I also look for exotic travel photography opportunities right here in the United States.