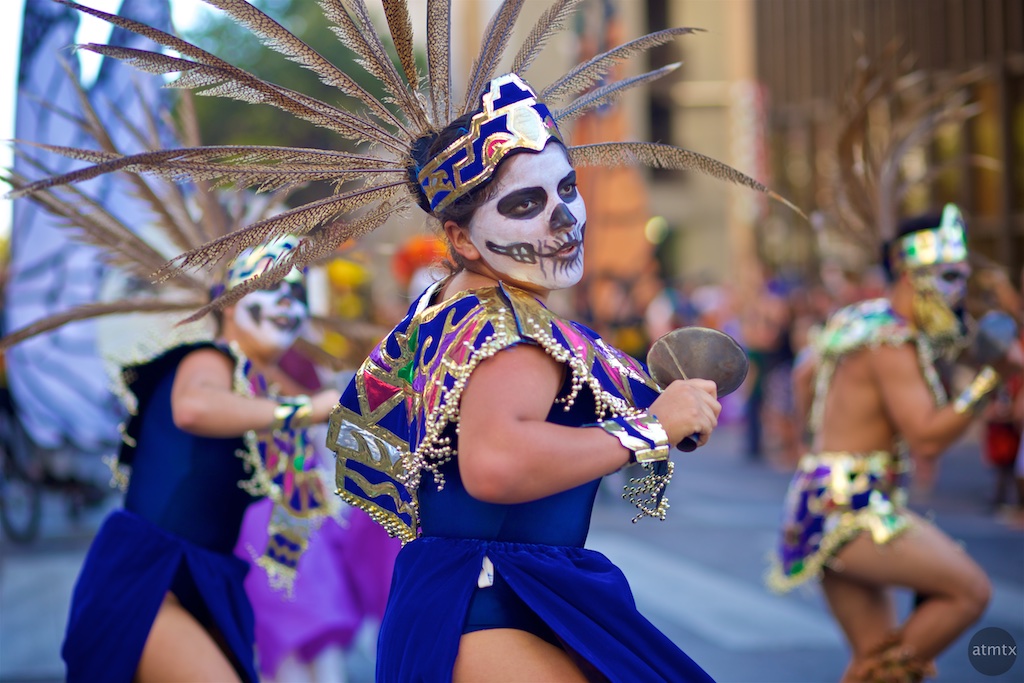 It’s always fun to attend and photograph the Dia de los Muertos parade in Austin. The colorful parade starts in East Austin and winds its way into the heart of downtown. They changed that parade route this year, but it was just as fun.

I went through all the photos I took during the parade and decided to do a followup to yesterday’s post. Despite my challenges with my infrequently used Canon 6D, I got more keepers than I anticipated. Enough to do a Photo Essay, of 18 images, taken mostly during the parade.

I’m a prolific shooter. Even so, I was surprised that I took 720 photos during the two-hour event. I mercilessly edited my keepers down to 92, all captured with the Canon 6D and the Canon 85mm f1.8 lens. I actually brought a second camera, and took another 472 pictures on that one, which I may talk about in a future post.

Once in a while, though rare, photos come out better than I expected. This was the case, yesterday. Instead of my usual Olympus camera, of which I’m most familiar, I used the Canon 6D, to get maximum depth of field. The net effect is a different kind of look that isolates the subject from the background. I think it works especially well, in the parade, to reduce the background clutter.

There was a lot of dancing, some singing and glorious, colorful costumes. Not a bad way to spend a warm autumn weekend. I selected a mix of activities, so that you get a feel for the 2016 Dia de los Muertos Parade in Austin, Texas. 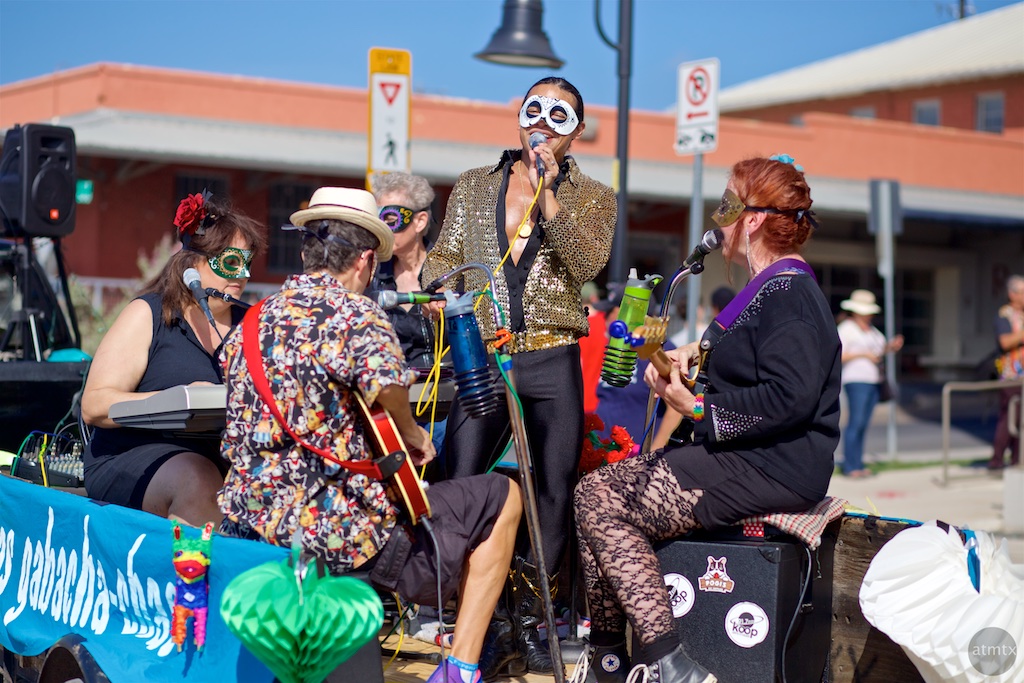 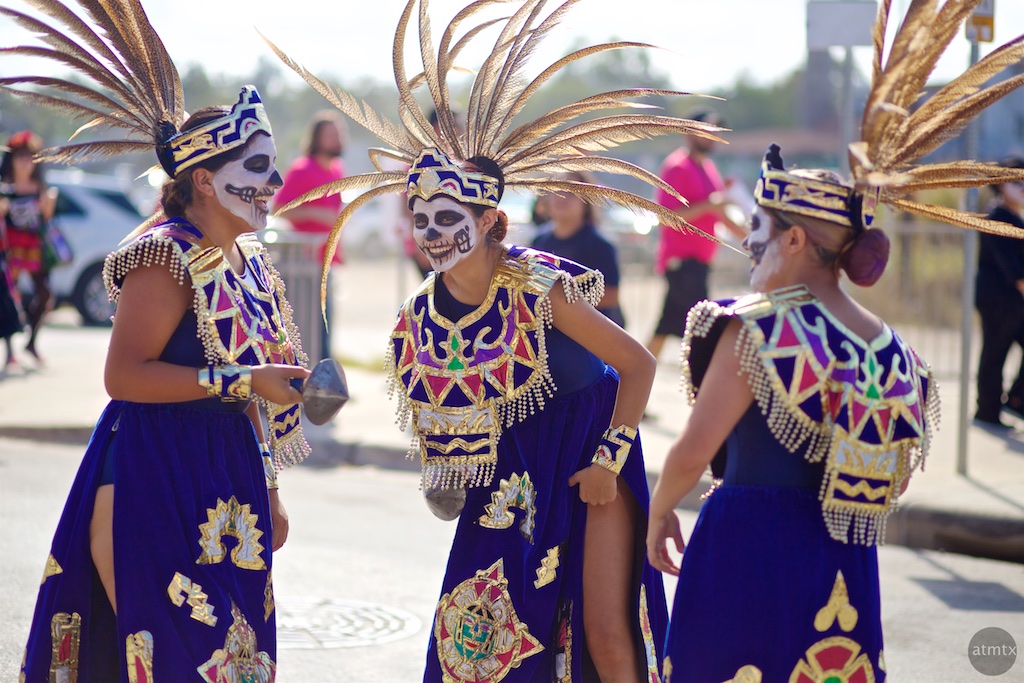 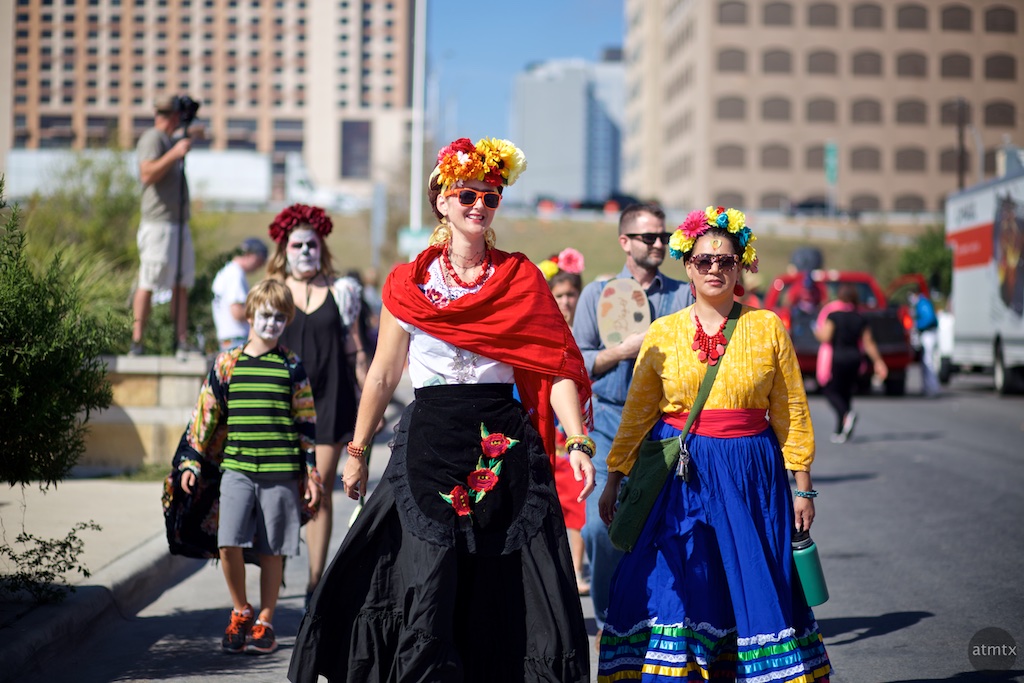 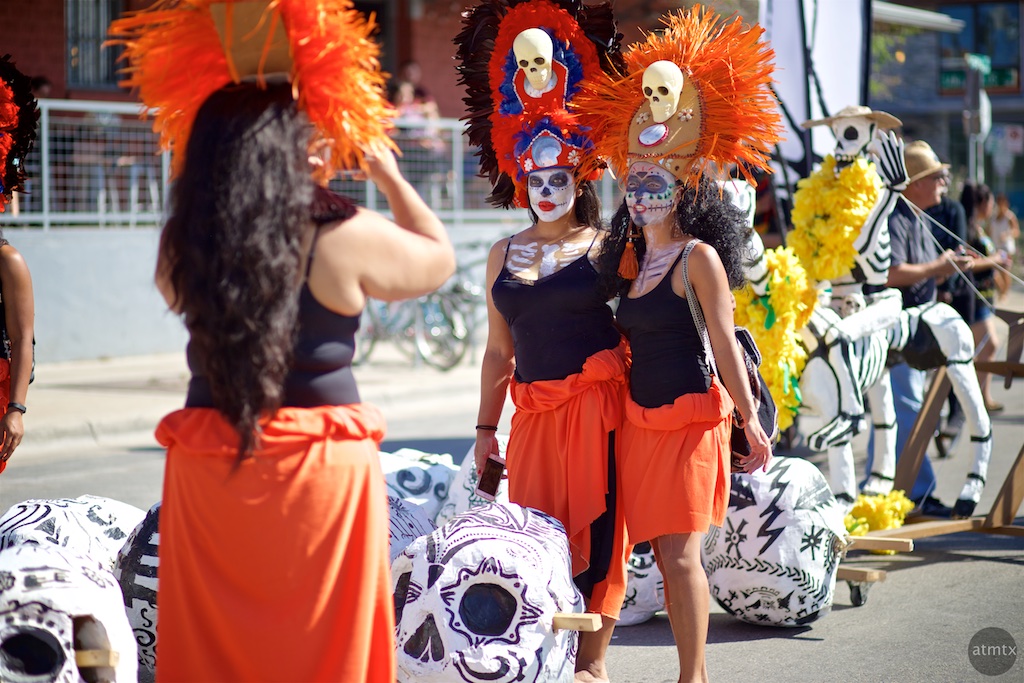 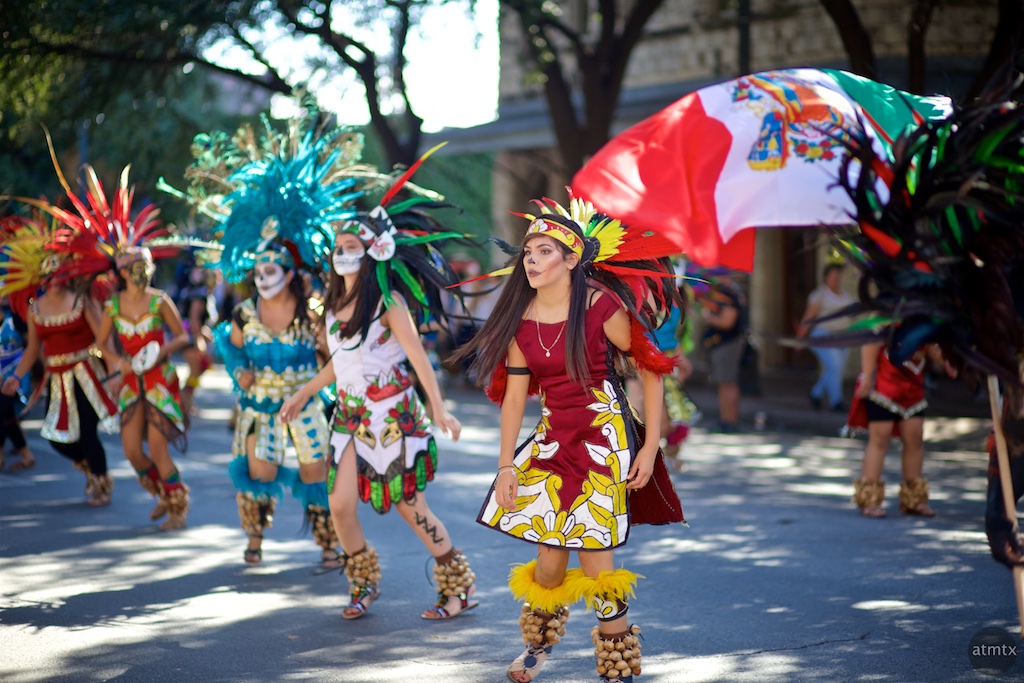 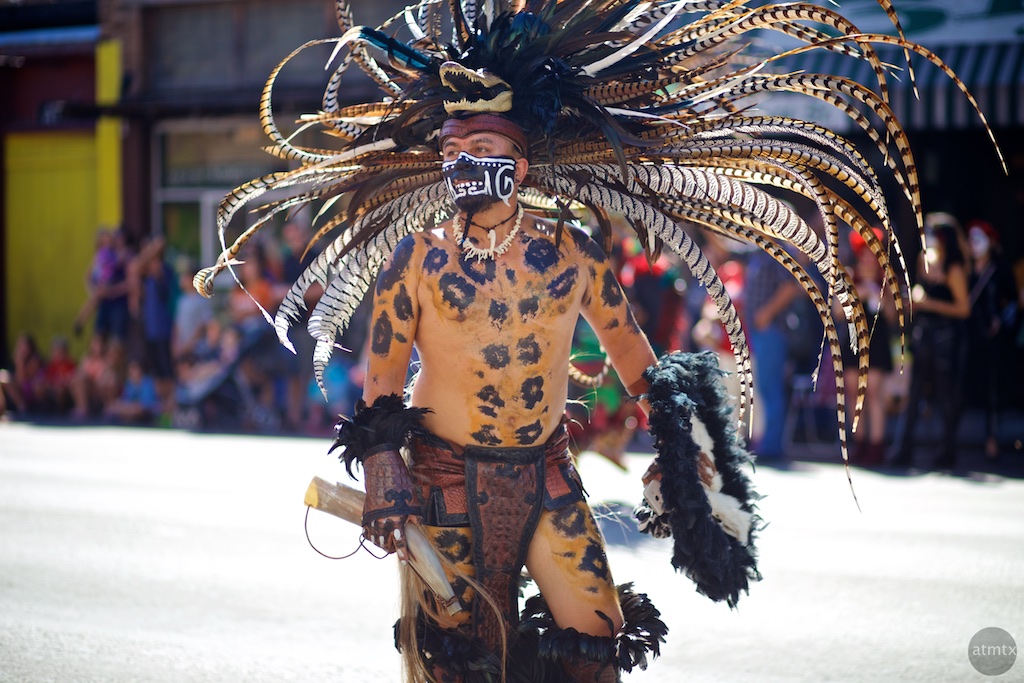 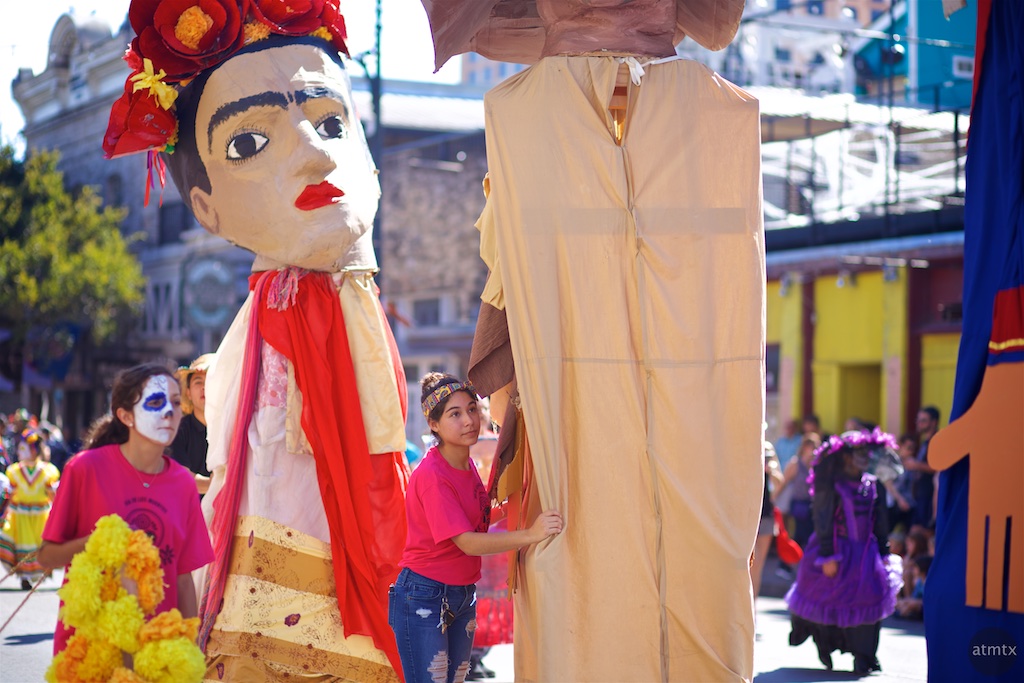 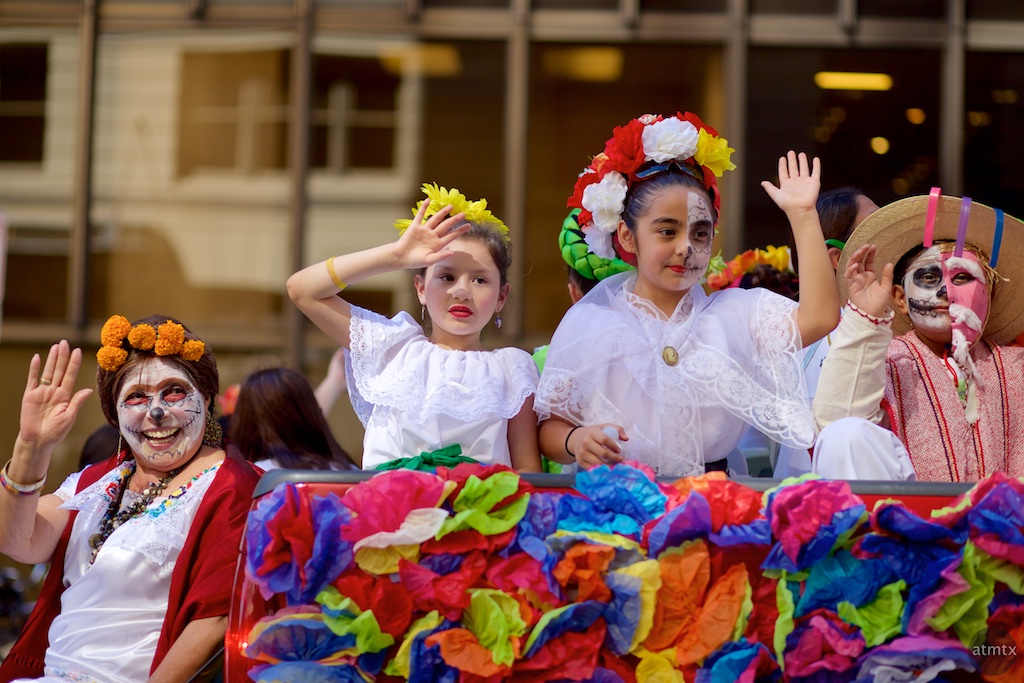 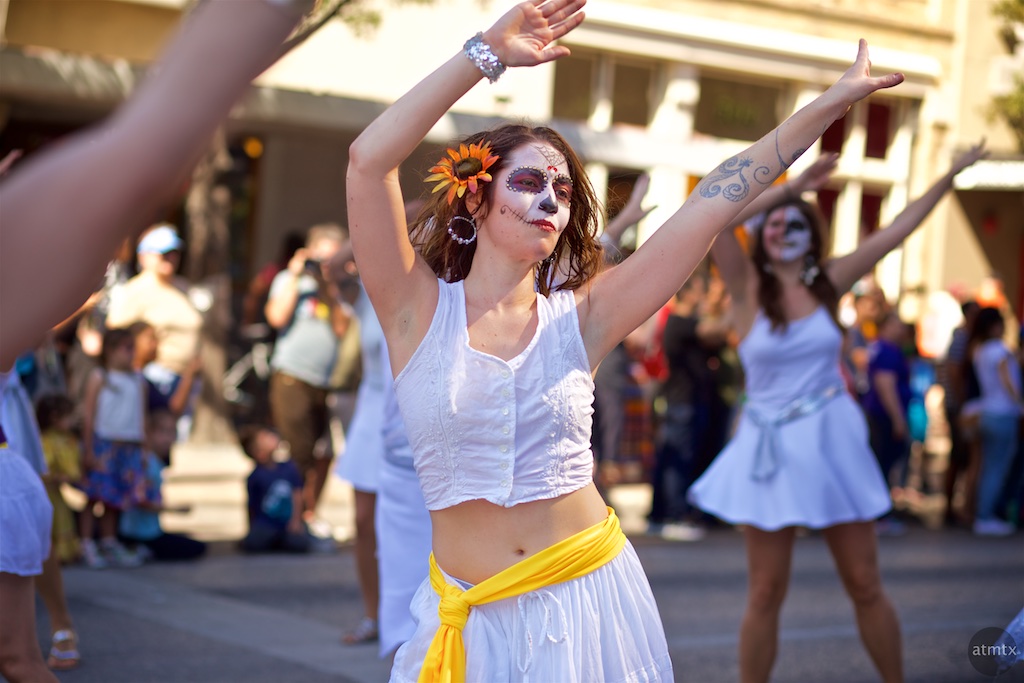 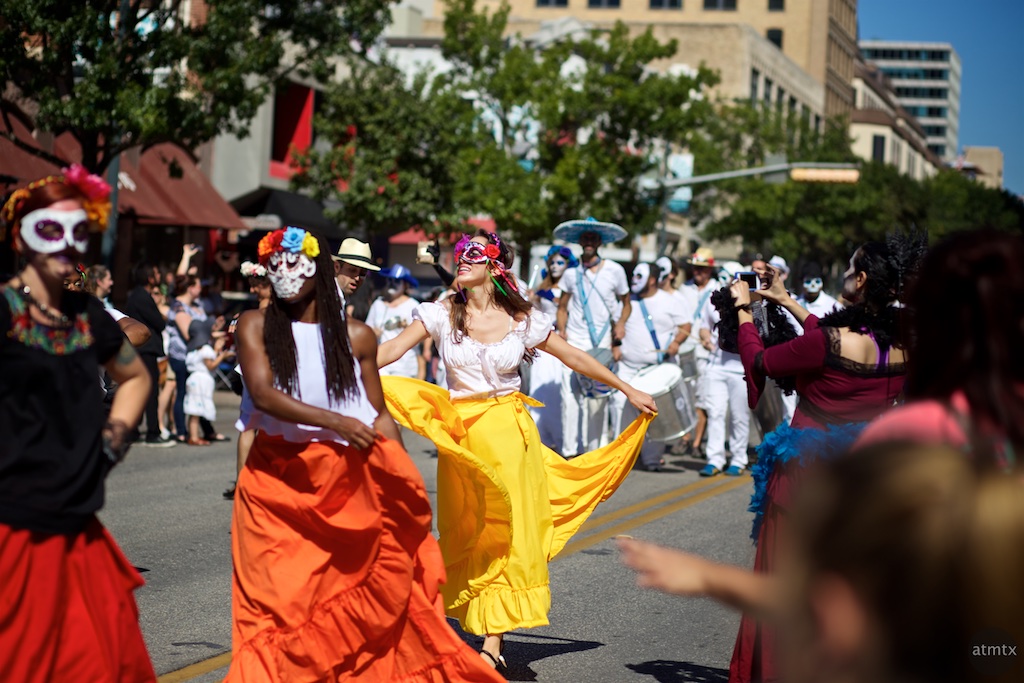 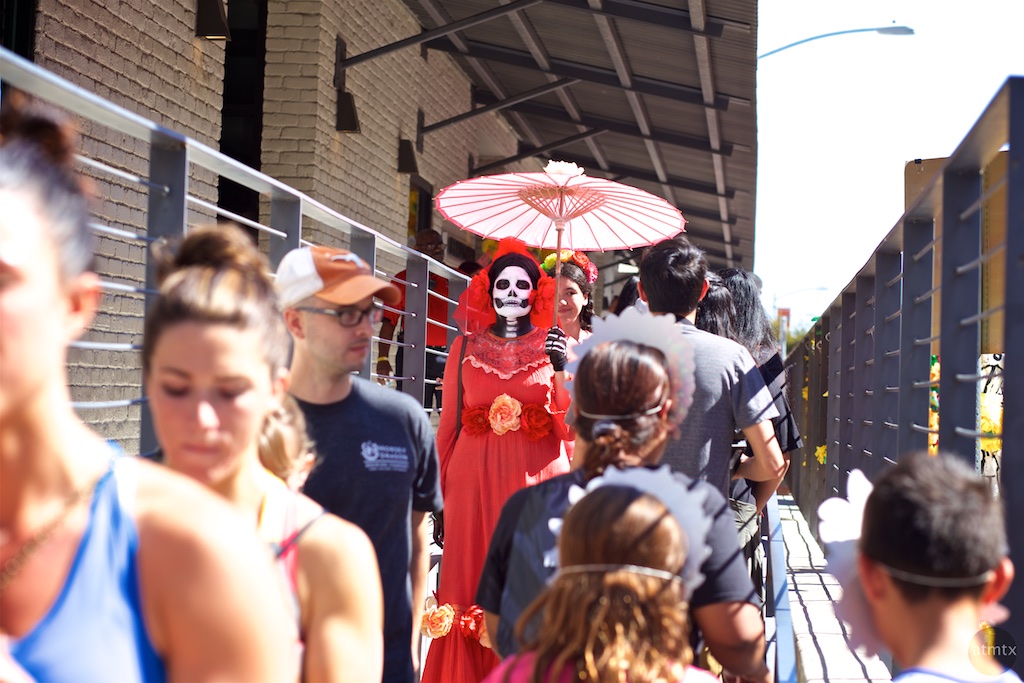 Finally, I took this just after the parade. Out of context, the costume and makeup is pretty scary. This woman stands out in a sea of regular people. It almost seems like a walking spirit among us. Normally hidden and unseen, on special occasions and to the young, they become visible.

I shot the same event last year, but with a completely different look and style. Fun to do something different from time to time. Here’s the link to the 2015 Dia de los Muertos Parade.