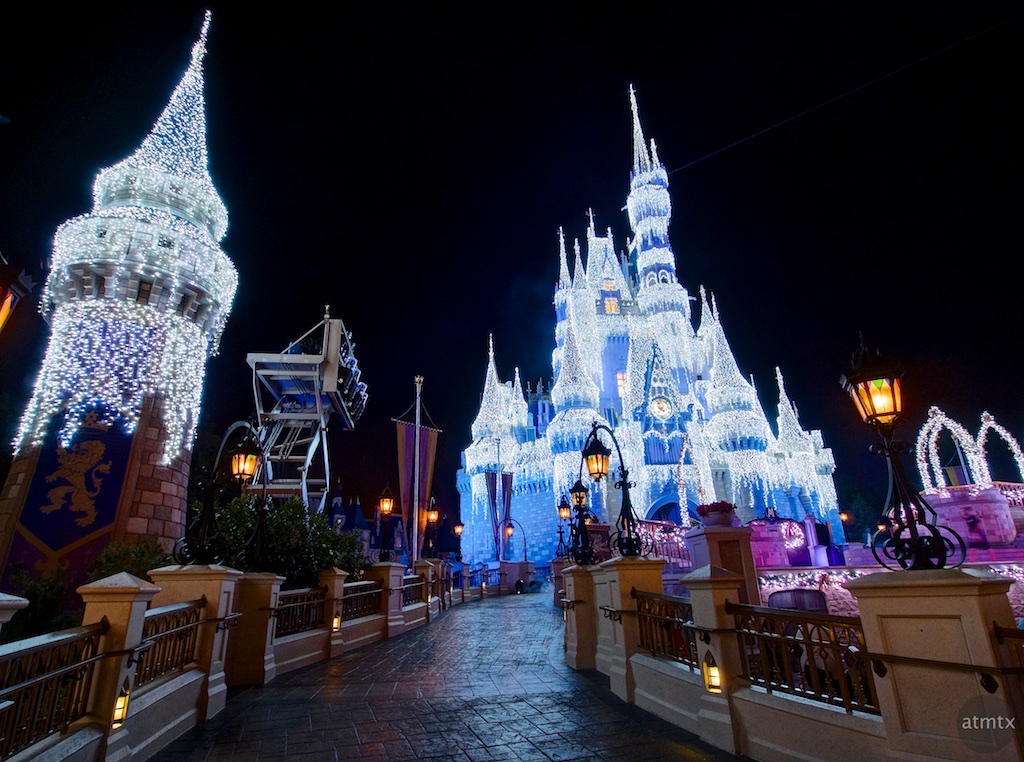 I had ambitions of doing serious photography at Disney World, like I did at Disneyland 6 years ago. I wanted to create my high quality HDR photographs of the Cinderella Castle decked out with holiday lighting. But things were different, I discovered. Because of the size of Disney World and family logistics, it would be cumbersome to go back to the car for the tripod. I needed a plan B.

I had my doubts but I decided to use all the technology at my disposal.

I switched to my Olympus 9-18mm super wide-angle lens. That would give me a dramatic view but also allow me to hand-hold my camera at slower shutter speeds. Along with the in-body image stabilization, I took 3 photos at 1/8 of a second. Unlike my usual technique of keeping the aperture constant, I locked in the shutter for a steady image.

After my usual HDR post processing, I was pleasantly surprised by the results. While not perfect, like I would get on tripod and at ISO 200, the resulting images are quite decent, I think. It goes to show how amazing the latest technologies are. In photography, the gear is secondary and it’s the image that counts. But certainly the right gear can enable techniques that weren’t possible before. 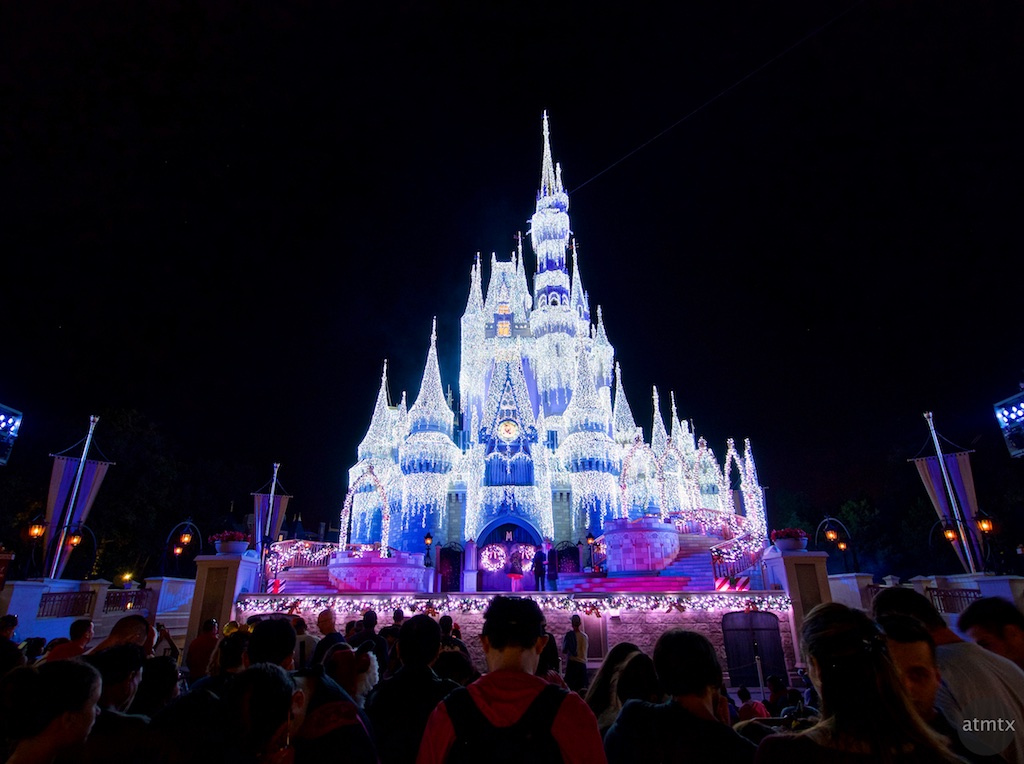 Here’s another one I created a few minutes later, using the same techniques. It was past 11pm and the park was still crowded with people waiting for the last show.

When I shot the Sleeping Beauty Castle at Disneyland in 2010, I used a Canon 7D DSLR. It’s a big camera and required a stout tripod. 6 years later, mirrorless technology and in-body image stabilization is changing the game.

I still would like to shoot Disney World photos on tripod. My wife and I discussed the possibility of returning here, someday, without the kids, during the off-season. Perhaps then, I would be able to shoot slowly and deliberately. But you never know, maybe in 10 years, image stabilization will be so good that I could get rid of the tripod all together.