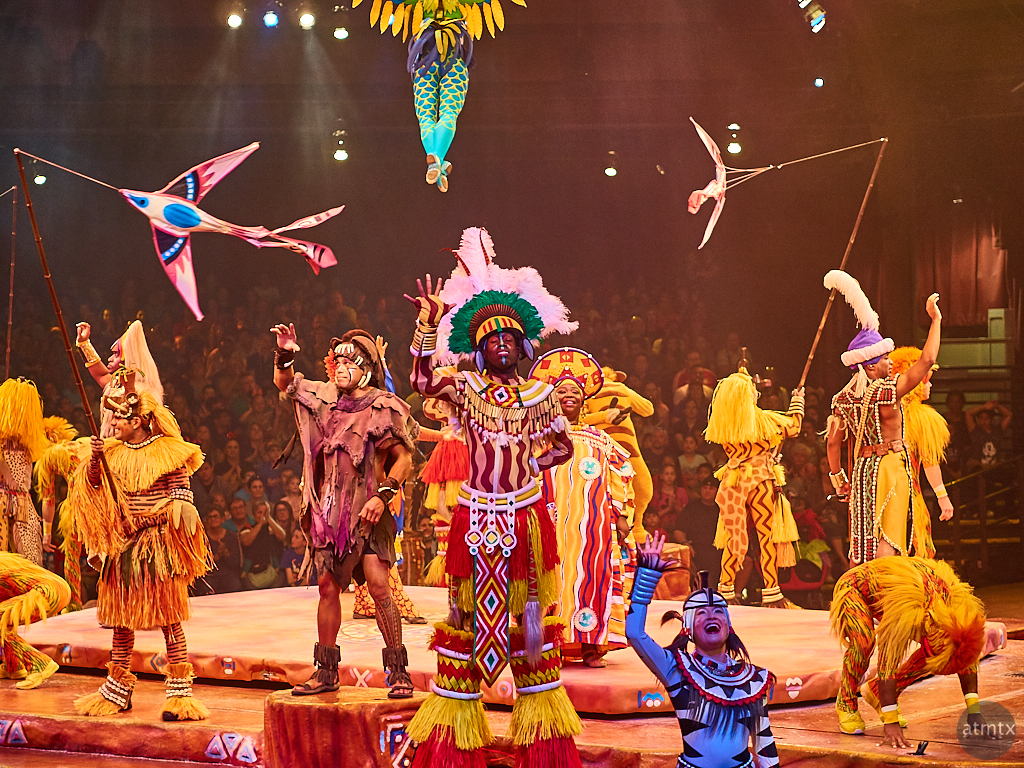 The amusement parks at Disney World have some great rides but it’s the shows that I really like. That’s where they shine, particularly compared to Universal Studios, in my opinion. The Festival of the Lion King is a 30 minute long live stage musical based on the animated movie. It’s performed at the Animal Kingdom park in, appropriately, the Africa section. As one would expect, it features many of the fantastic songs from the original.

This is a scene from the finale, at the height of the singing and performances, center stage. As I mentioned previously, the Olympus 45mm f1.8 worked particularly well for these situations. The bright f1.8 aperture allows me to shoot in darker conditions with a fast shutter speed to freeze the stage action.

Shot with my Olympus OM-D E-M5 Mark II. Though my main lens was the 14-150mm travel zoom, which worked well during the day, I strategically switched to the 45mm f1.8 or sometimes the 17mm f1.8 for these darker shows. That, coupled with my wide-angle 9-18mm, gave me a versatile lens collection, that fit in a very compact space. One of the real advantages for the smaller mirrorless micro 4/3 system.

One thought on “Festival of the Lion King”