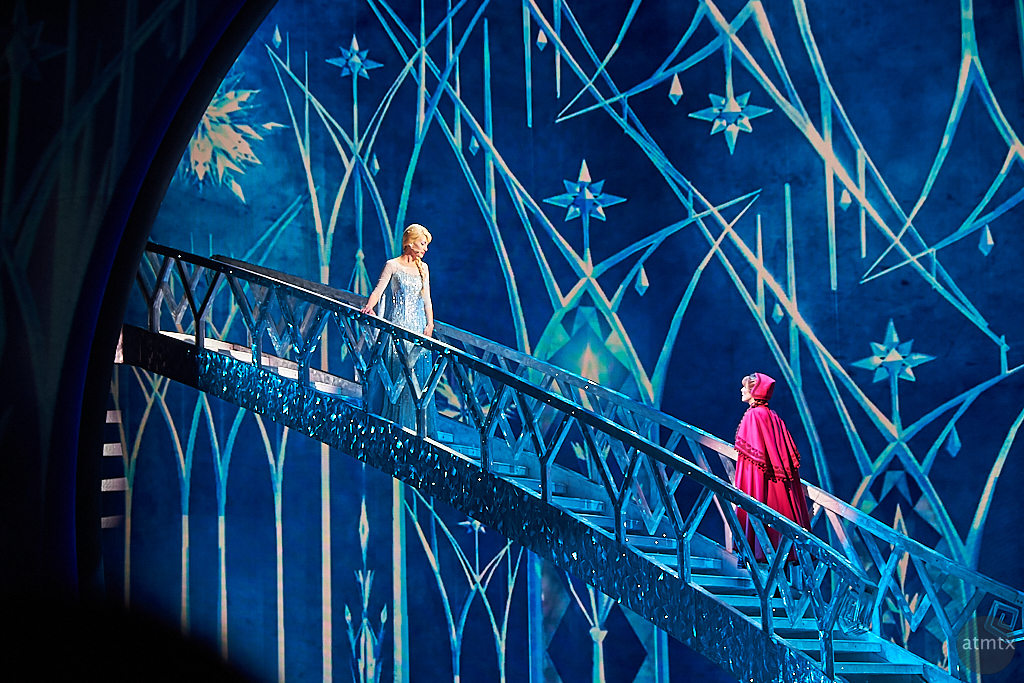 Frozen is on my mind today. If you saw yesterday’s post, you know I’m referring to the musical that I watched at the Hyperion Theater at Disney California Adventure. However, there is a double meaning. As I show scenes from Frozen, a real-life arctic blast is bearing down on Austin. It’s almost as though Princess Elsa had unleashed her spell on Texas and much of the United States.

A cold freeze, the most powerful in Austin for at least 30 years, is rapidly approaching. It’s been sub-freezing for 2 days. On Monday night, we may see temperatures below 10 degrees F. They are also predicting several inches of snow. I think we are experiencing a combination of excitement and dread. Homes in Austin aren’t built for these kinds of temperatures. We are taking extra measures to prevent the water pipes from freezing.

Getting back to the Disney Musical, I quickly took several shots during the show, making sure to not disturb the people around me. No flash, of course, that’s forbidden and wouldn’t have worked anyway. The Fujifilm X-T10 with the 18-55mm f2.8-4 kit lens handled exceptionally well. 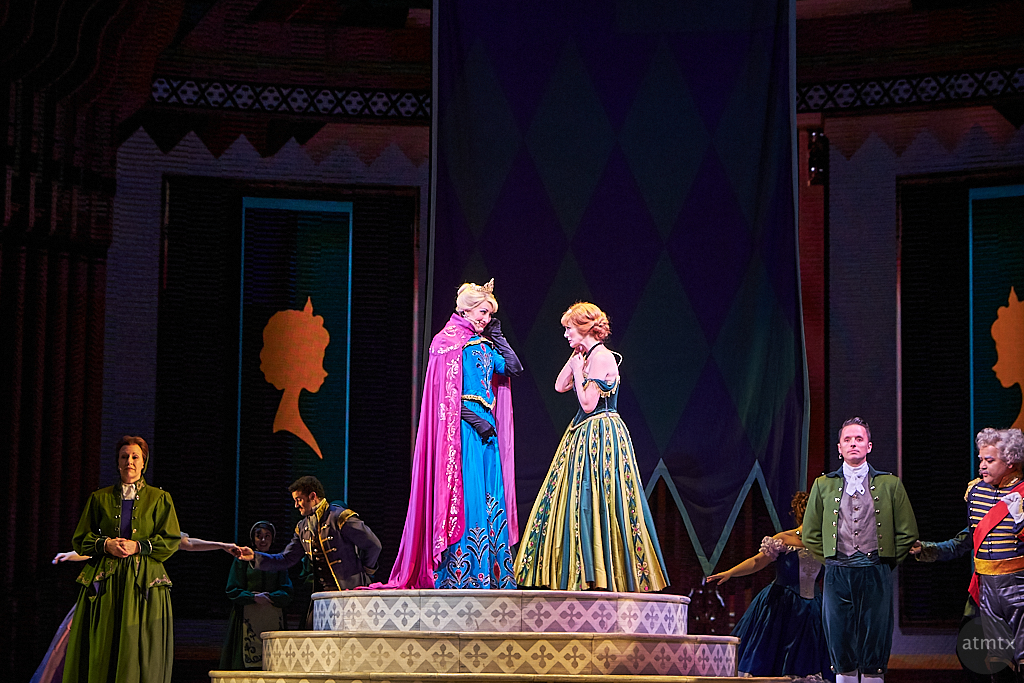 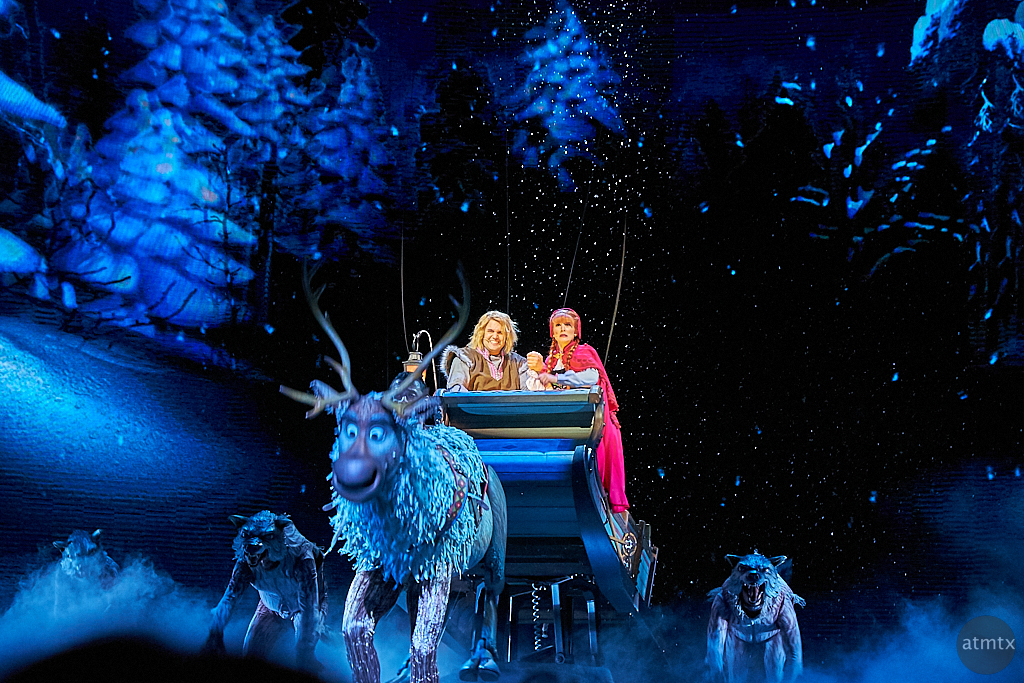 I made the first four photos at 55mm, which gives an 82.5mm equivalent focal length. Just perfect for capturing the scene. The image below is at 18mm for a 27mm equivalent — the standard kit lens had more than enough coverage.

I the past, I used the 45mm f1.8 on the Olympus system for these kinds of situations. Good to know that a more versatile zoom on the Fuji system also fits the bill.