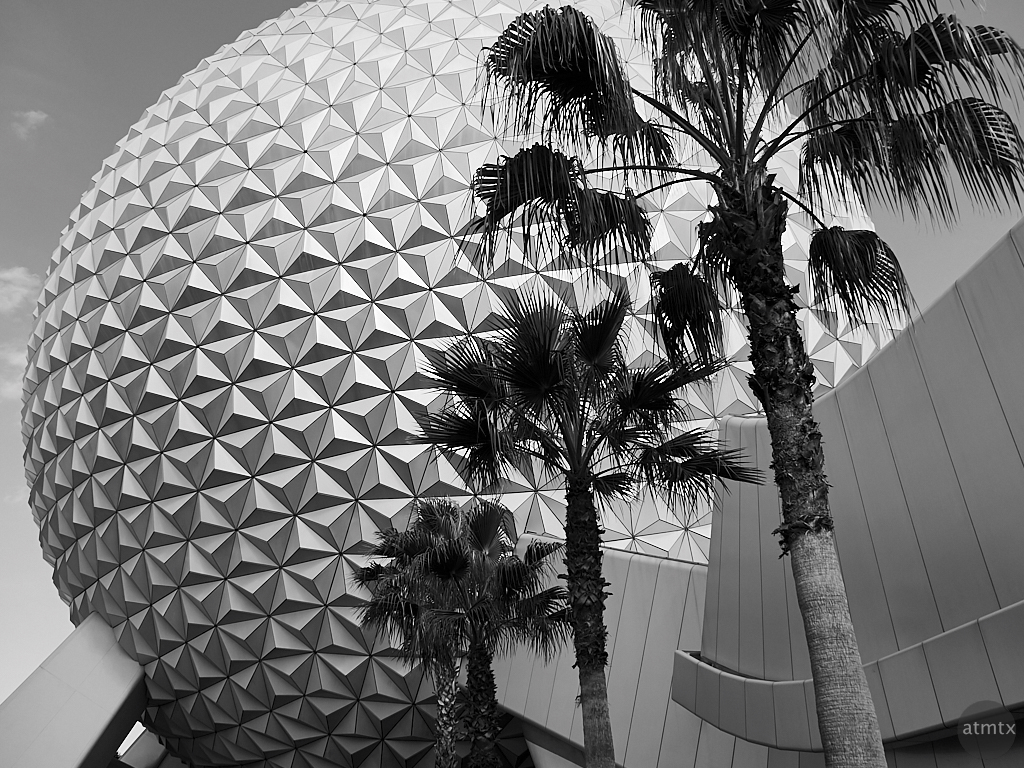 I always liked the giant geodesic sphere, which is the centerpiece and symbol of Epcot, one of the four amusement parks at Disney World in Florida. I tried to find a slightly atypical composition of this iconic sphere. Here, the modern man-made structure, contrasts with the texture of the three palm trees.

Despite loving the Epcot centerpiece, I found the park disappointing and the entire family agreed, ranking it at the bottom of our favorite parks list. Though Epcot does have the quite wonderful Soarin’ Around the World ride.

Previous to the December 2016 visit, the last time I visited Disney World was in the early 80s, just after Epcot opened. I remember as a teenager, I was excited about Epcot and its futuristic world. I’ve always been a fan of science fiction and future technologies. However, even in the 80s, I found Epcot to be behind the times. By then I was already engrossed in Atari video games and the Apple II computer. I found Disney’s version of the future to be, shall we say, lacking.

While I’m sure they must have updated the place since the 80s, it still look about the same as I remember it. The utopian 80s architecture looks even more dated and looks inspired by the now unpopular covered suburban shopping malls and looks like a scene out of Logan’s Run. The place lacks the playful spirit of the Magic Kingdom and the other Disney Parks.

One thought on “Spaceship Earth”