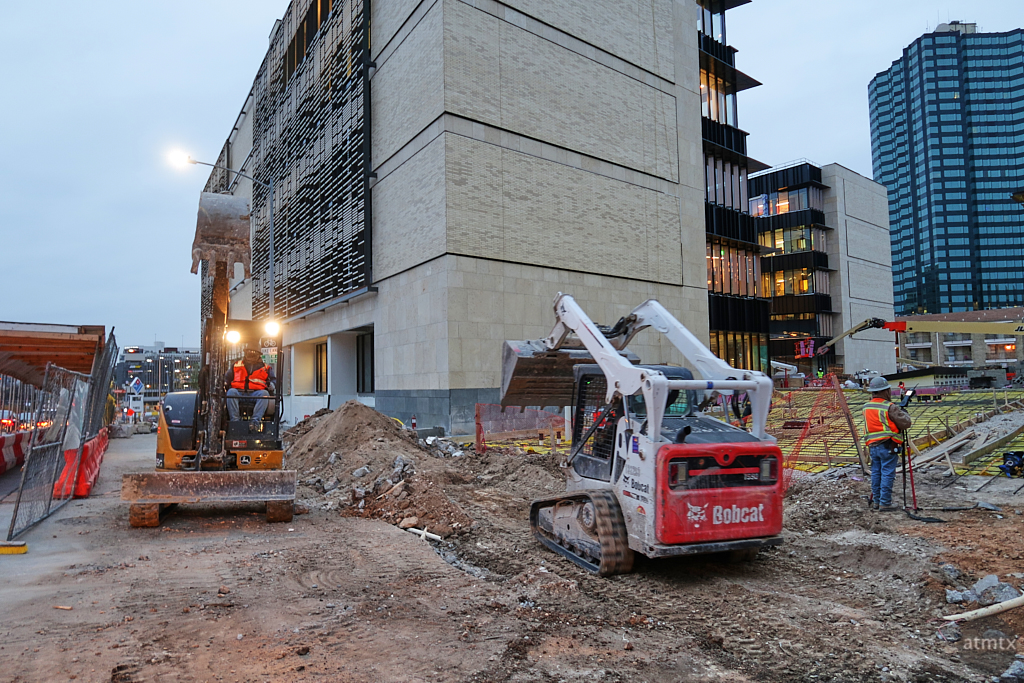 As I was leaving the University of Texas campus, I passed by this, the almost completed Rowling Hall — the future home of the Texas MBA program, conveniently next to the AT&T Executive Conference Center. It’s taken a while to get to this point. I would see it slowly progress on my sporadic visits to the area.

Several years ago, I used to go to the AT&T Conference Center for monthly SmugMug photo lectures. They brought in notable, mostly local, photographers talking about their craft and trade. I went to a couple of monthly photo events, but they seem to have significantly diminished recently. On occasion, a few of us would go to Players, before or after the SmugMug event, to talk photography, eat greasy hamburgers and drink cheap beer. It was good fun. Something that I miss now. Players was an inexpensive college hangout that was demolished for this fancy building.

I’m not sure if I particularly like this imposing building, anchoring the corner of Guadalupe and MLK streets. You can see the patterned window covering to the left, no doubt a practical consideration since it has significant exposure to the South and West, which are brutal in the Texas summer. It appears that the friendlier, human centered façade is on the backside, facing the courtyard being finished in this image. This will tie Rowling Hall to the AT&T Conference Center for a block of business centered education and some inevitable wheeling and dealing.

The pace of change in Austin is not limited to downtown. I’ve noticed a lot of new development around UT.