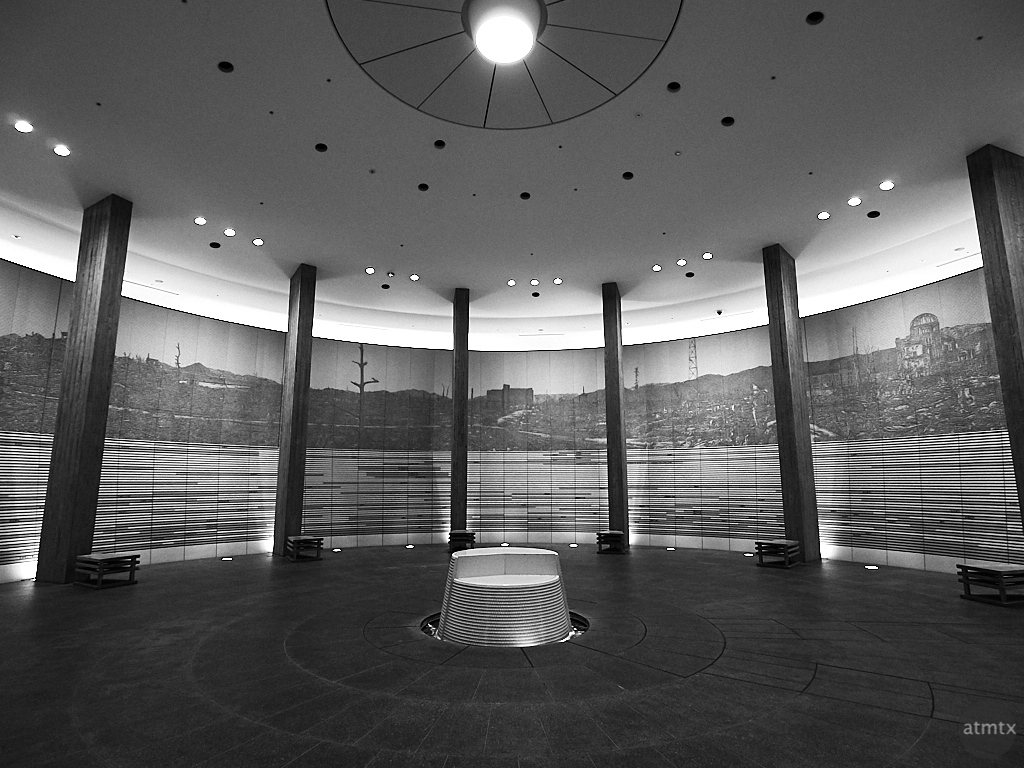 In this underground rotunda lit by an oculus, 140,000 tiles depict a 360 degree panorama of a devastated Hiroshima, just after the atomic bomb. There’s a lot of symbolism expressed in the architecture. 140,000 represents the number of people who died due to the bomb. A clock frozen at 8:15 represents the time the bomb was dropped on August 6, 1945.

Of all the memorials and buildings I visited at Hiroshima Peace Memorial Park, this one’s my favorite, architecturally. It has a temple like feel, though the subject is not uplifting like a typical religious building. Taken another way, I suppose it represents a cautionary tale and one that should never be repeated.

As I recall, this was a rather hushed environment and dark. Using a slow f4 wide-angle made it harder, necessitating ISO 1250 even at 1/5th of a second. A fisheye would make this even more interesting, though my slow bodycap version with a fixed f8 would be nearly impossible to use here.