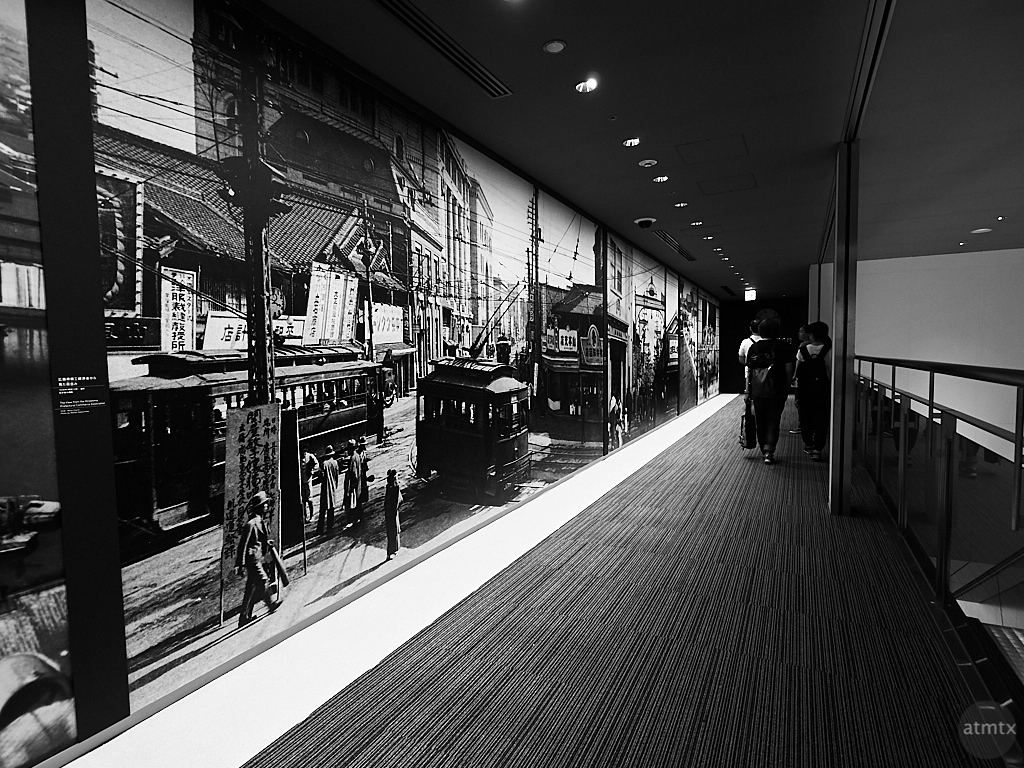 Last on my list of places to visit was the museum at the Hiroshima Peace Memorial. Unlike the symbolic architecture that I featured in my previous posts, the museum gives the most personal account of the effects of the atomic bomb.

Powerful for me are the large black and white photographs. The start of the exhibits feature photos of bustling Hiroshima, before. Typical of cities of this era are streetcars and visual cacophony of telephone poles and wires.

Entering the next room shows the after. After the bomb hit Hiroshima.

In the center, a circular animation showing the an aerial of Hiroshima, the dropping of the bomb and resulting flattening.

A black and white panorama wraps the room. Some concrete structures remain, such as the building that will come to be known as the Atomic Bomb Dome. Mangled trees and buildings are left in some sections, while other parts of the city are mostly barren.

Elsewhere in the museum, a few examples of post-bomb physical artifacts, toys, clothing and fused glass. Eyewitness accounts, artwork and sculpture depict different aspects. For me though, it’s the photographs. Those grainy black and whites made the biggest impact.

5 thoughts on “Hiroshima Before and After”