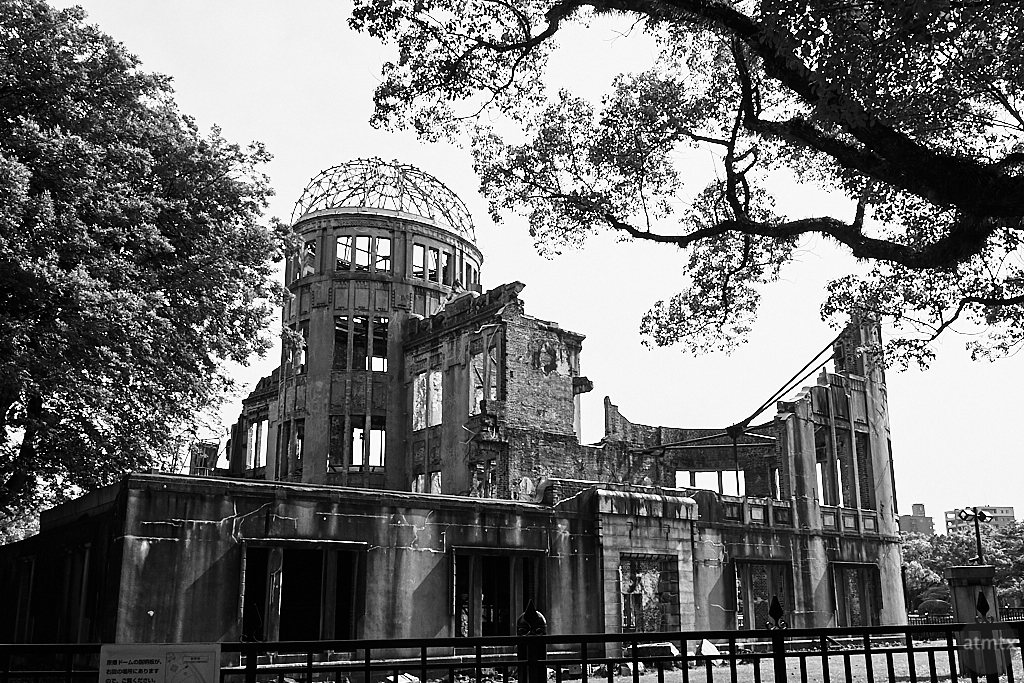 This structure is probably the starkest visual reminder of the power and horror of the nuclear age. As you know, Hiroshima was where the first atomic bomb was dropped. This building, built in 1915, was very close to ground zero. The downforce of the explosion overhead, allowed for many of the walls to stay intact.

Nearly everything else, for miles around, was totally demolished. Over 70,000 people died instantly in the bombing and another 70,000 suffered fatal injuries from the radiation.

Over the years, this ruin became a memorial of the bombing and the Hiroshima Peace Memorial Park was built around the building. In 1996 the Atomic Bomb Dome was included in the UNESCO World Heritage List.

On my first visit to Hiroshima, this building was what I wanted to see the most. The horrible destruction that this represents and its mangled aftermath is quite the contrast to the peaceful, natural setting, some 20 miles away, in Miyajima.