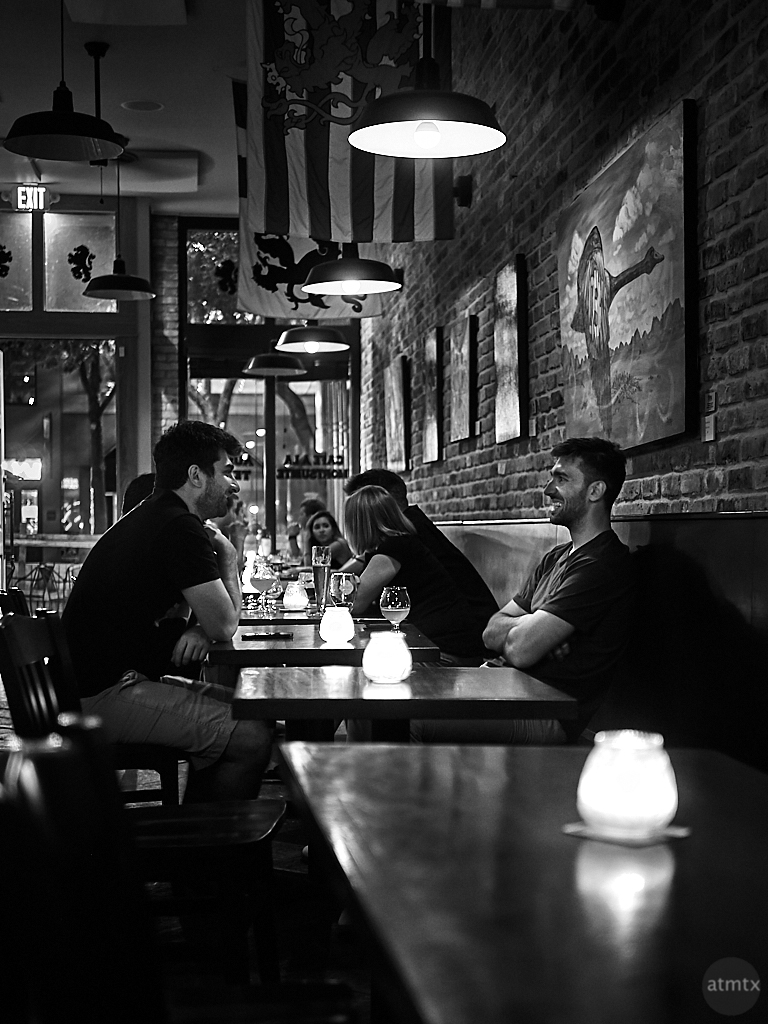 Jim and I spent hours catching up, talking about life, and a whole host of other topics. The tasty beers sure helped, along with a comfortable dark environment. Inevitably, we talked about cameras.

Jim used to shoot Olympus, after he moved from his Nikon DSLRs, as I recall. Now he shoots Sony. After eyeing my jewel like Olympus PEN-F, he asked me why I like it so much. I talked about the retro-design, how well-built it is and how it attracts people, instead of scaring them away. People think it’s a film camera or a Leica of some sort. No, it’s something better.

The haptics, the feel of the camera, matters. How it makes you feel, matters. But ultimately, I said, it makes me shoot differently and I believe it enhances my creativity. The built-in black and white mode, in particular, has helped me to see. Then, I made this photo to show him. It’s the kind of photograph I wouldn’t have shot before.

As usual, I shoot in JPEG + RAW. I often visualize in black and white JPEG and post-process in RAW. This is a result from that night at Mort Subite, a wonderful Belgian Beer Bar in downtown Austin, Texas.