Pabish, Saravana, and I, with Ari driving, headed away from Bangalore. Pro photographer Saran drove two models in a different vehicle. We converged at Cafe Coffee Day, a chain store sort of like the Starbucks of India. We rested, had a bite to eat, and I had a chance to meet Priya and Sarika, the models for this Saturday afternoon shoot. They changed from their street clothing into something more stylish.

Cafe Coffee Day was bright and colorful, more so than the darker and earthy Starbucks in the U.S. With huge windows spilling the perfect amount of indirect natural light, I decided on a mini portrait session before our hunt for an older and exotic backdrop.

I shot with my usual Olympus PEN-F and 50mm equivalent lens, the setup I’ve used for nearly all my portraits. I started farther away, framing both full body sitting at a round cafe table. It looked impersonal, too removed. I got in closer.

My idea was to create a natural scene at a cafe; two women talking over coffee and catching up. I borrowed two coffee mugs as props. Priya and Sarika are not just models but also actors, which made it easier. I explained the concept and they acted through their roles. We even added a smartphone for realism, because who doesn’t check their status these days.

What resulted is a commercial look, almost as if we were advertising for the cafe. I like environmental portraits and ones that has a casual street photography feel. I think I landed somewhere in the middle of my objective, mixing multiple ideas into a set of images. 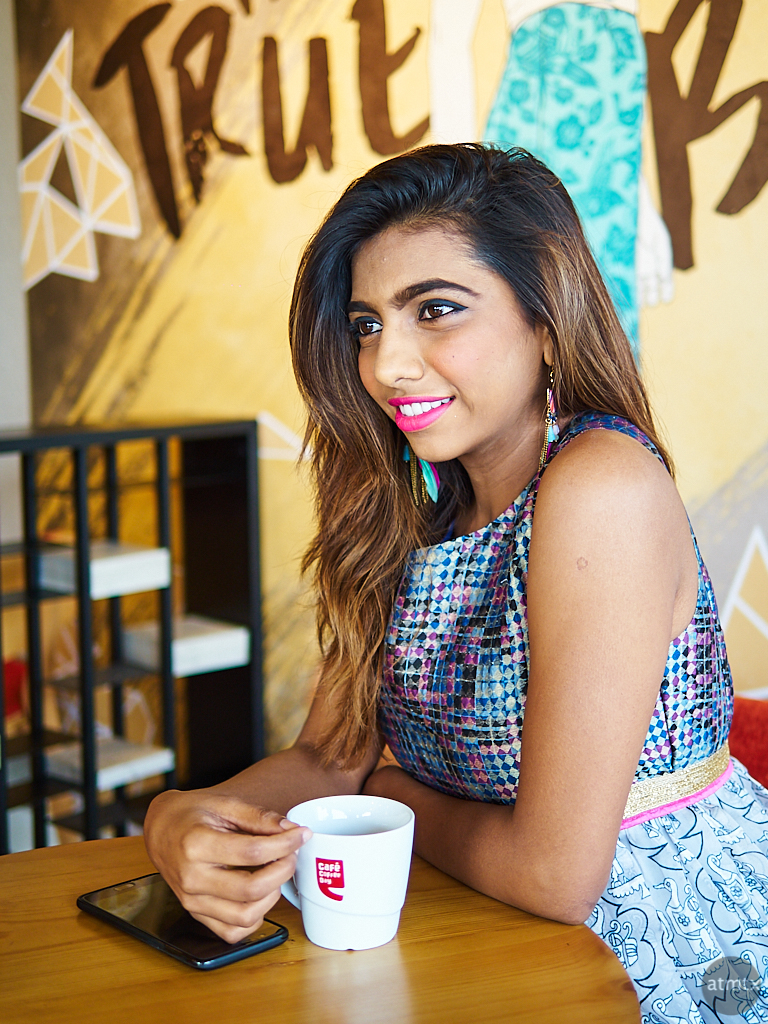 In addition to the interaction between the two, I made portraits of each, starting first with Sarika.

This may be the one with the most natural interaction. 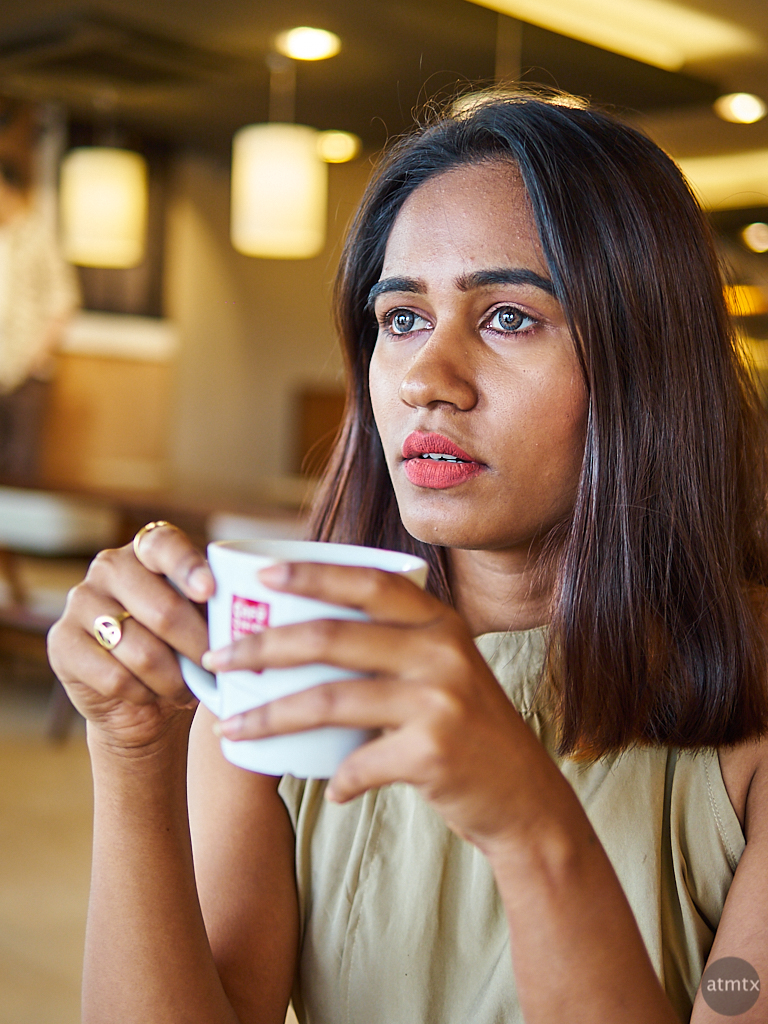 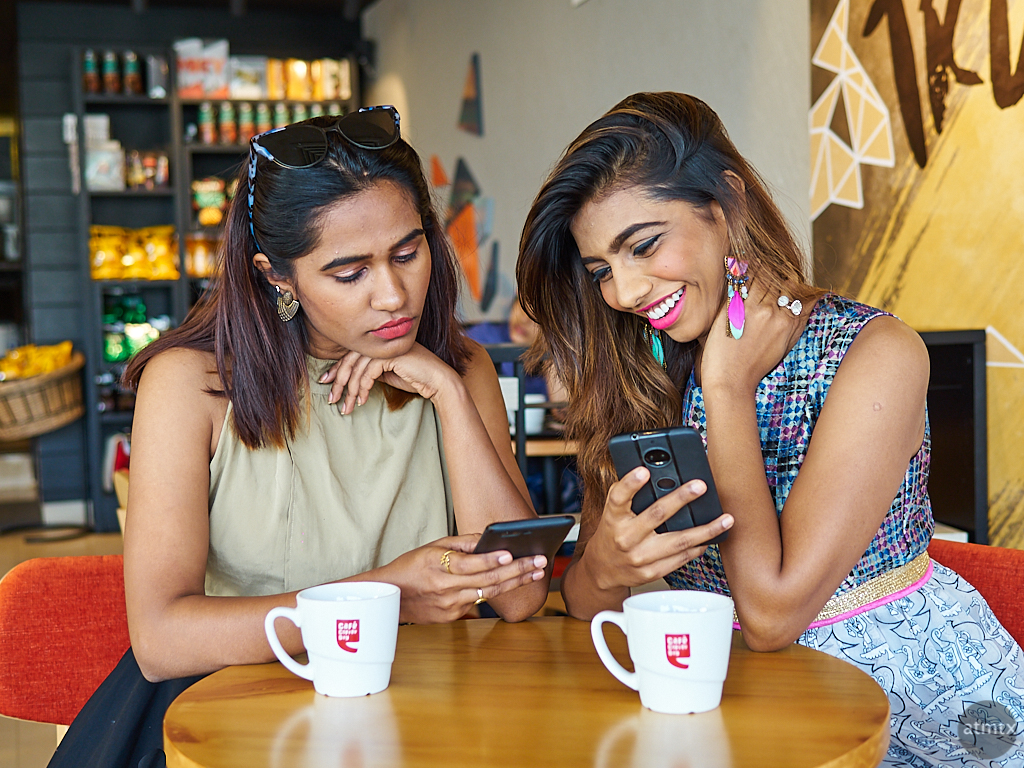 I was having so much fun that I had to be reminded that it was time to go. This was just the warmup, before the actual model shoot outside. I have a tendency to lose track of time when doing photography. Sometimes a few hours can seem like minutes. Other times, it’s the reverse. I made a lot of frames during this cafe shoot, but we only spent twenty minutes.

The next challenge was to find the perfect outside location. We briefly considered a winery but it was too far away and it didn’t have the rustic feel I wanted.