For my trip to Mysore, we left really early. We wanted to get out of the orbit of Bangalore traffic before stopping for breakfast. What’s breakfast like in India? Well, different regions probably have different foods. That seems to be the general rule in India — each state has different customs, food, and language. This was my experience in a restaurant off the main highway between Bangalore and Mysore. It wasn’t like going to IHOP or Denny’s.

My driver suggested Indradhanush Restaurant, which he said is typical for breakfast. 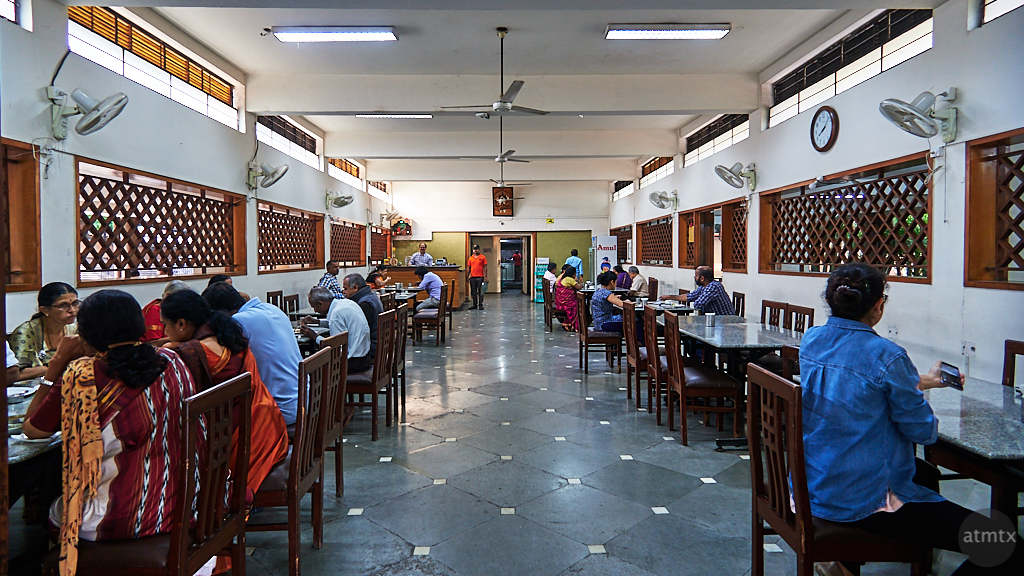 The place was clean and simple with a comfortable crowd and with interior and exterior seating. 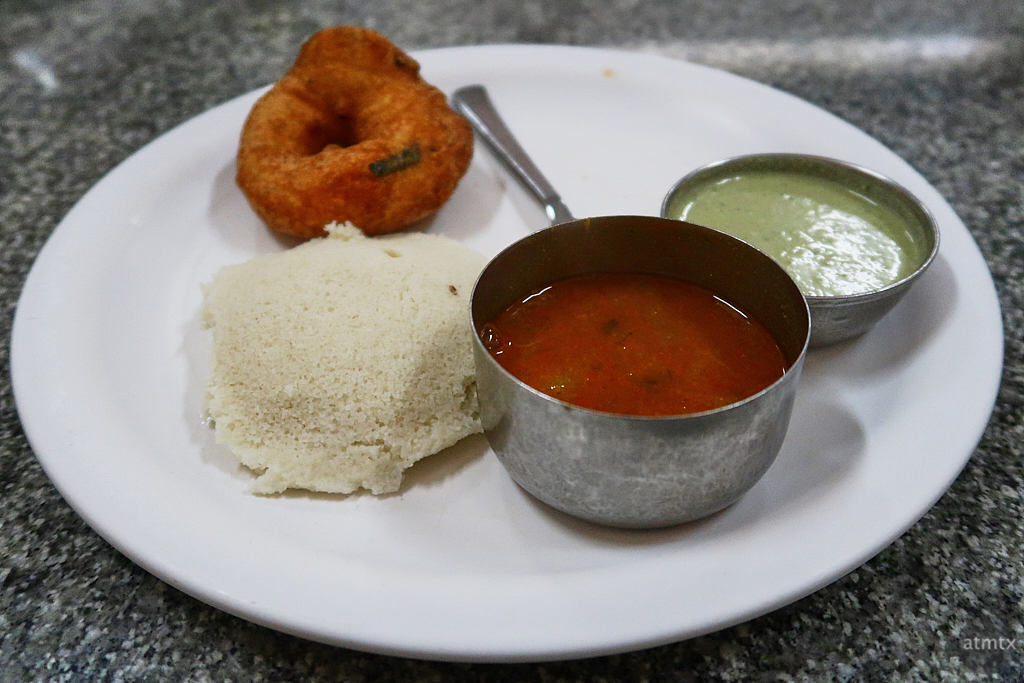 Here’s what I had, suggested by my driver. He said the food was typical of Karnataka, the Indian state that we were in. The white bread is called Idly, and the brown donut is called Vada. There were two sauces for dipping and flavoring. I found the meal satisfying and non-threatening.

I like Indian food and even tolerate spicy dishes. I was fairly adventurous, trying nearly everything. With mostly vegetarian dishes, the food in India seemed less intimidating. I’m hesitant to eat mystery meat from known body parts. Mystery vegetables I can handle or, in this case, mystery bread products.

This is Natraj, my driver who took me from my hotel in Bangalore to Mysore and back. He was with me all day as I visited the tourist sites. We had a pre-planned agenda, but we changed it flexibly based on how the day flowed. 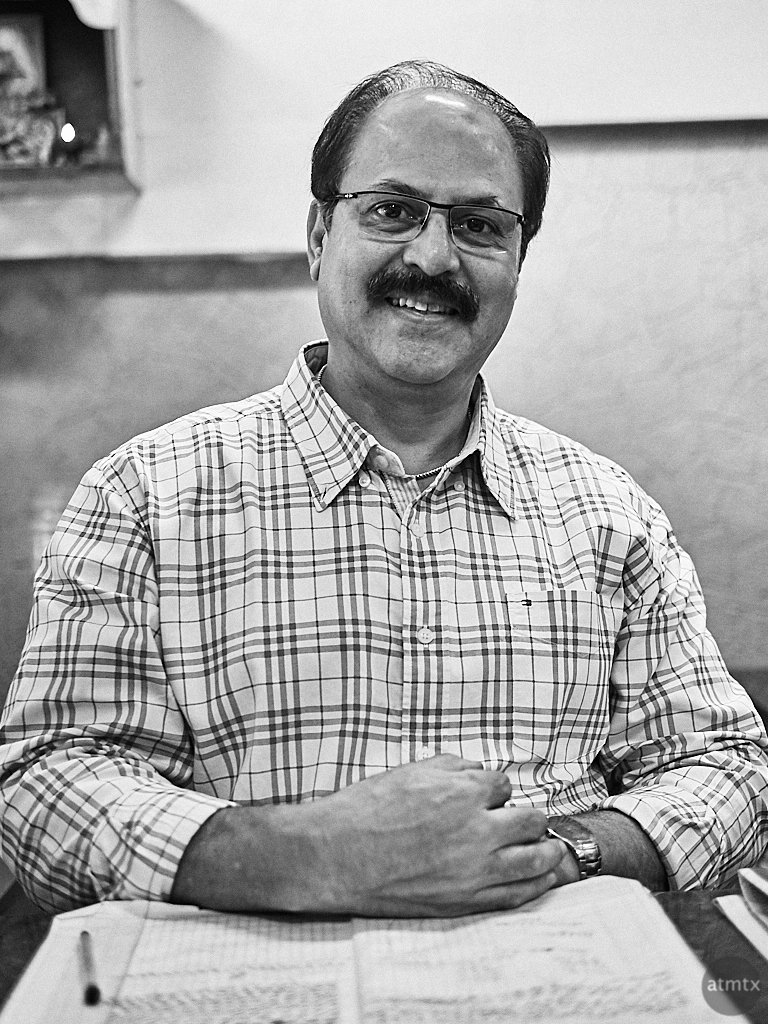 This is Manju, the owner of the restaurant. He was a pleasant person and, I asked for a portrait, as I paid for the meal.

The staff seemed efficient, quickly clearing tables. Fancy restaurants are fine, but I like simple, everyday places. That goes for Austin as well as India. I always made sure to drink bottled water but didn’t worry much about eating food. My digestive system, for the most part, handled the strain of spices and foreign food. Nothing that a few Imodium pills couldn’t soothe.