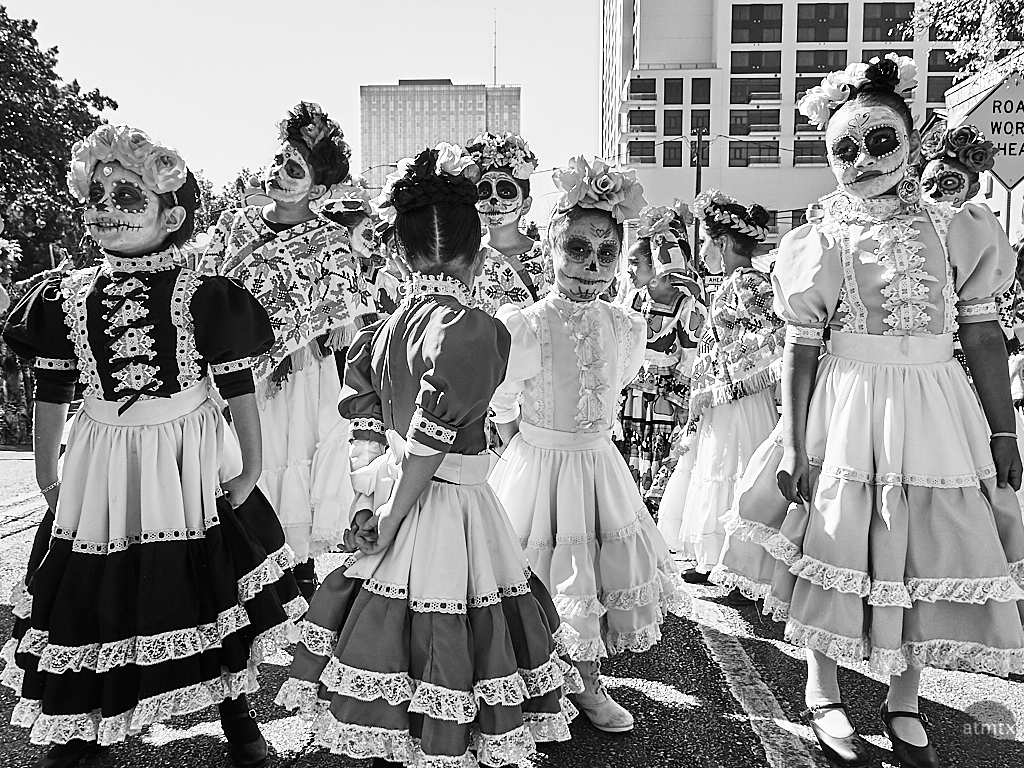 After scrutinizing my photos from Dia de los Muertos, today, I want to highlight just three. And, by scrutinizing, I’m not talking about pixel peeping, where I’m analyzing my photos’ technical image quality at the pixel level. No, I’m talking about looking at the content and the kind of impressions it gives me.

I often like converting my street photographs to black and white. Though, because of the fantastic Dia de los Muertos color, I recently posted these street photos in vivid color, courtesy of my Olympus XZ-1. Today’s black and whites are also with the XZ-1, converted from their original RAW.

What makes or breaks a street photograph is the gesture of the people. The first photograph is one of my favorites. Why? I love how all of the girls, except one, are looking every which way. It creates a more casual and candid photograph. Even though the entire frame is in focus, the fact that this one girl is looking at the camera focuses attention on her. A tiny gesture of the eyes changes the entire mood. It’s like she knows a secret — that someone is taking a picture — while the rest of the group is oblivious.

Contrast the first photograph to this one, which I made exactly 8 seconds later. Two girls are now looking at the camera, and all are in a tighter and straighter formation. The casual-ness of the first photograph is lost, as well as that single person who spotted the photographer. One person is powerful, two people lose impact. A few seconds can make a tremendous difference. 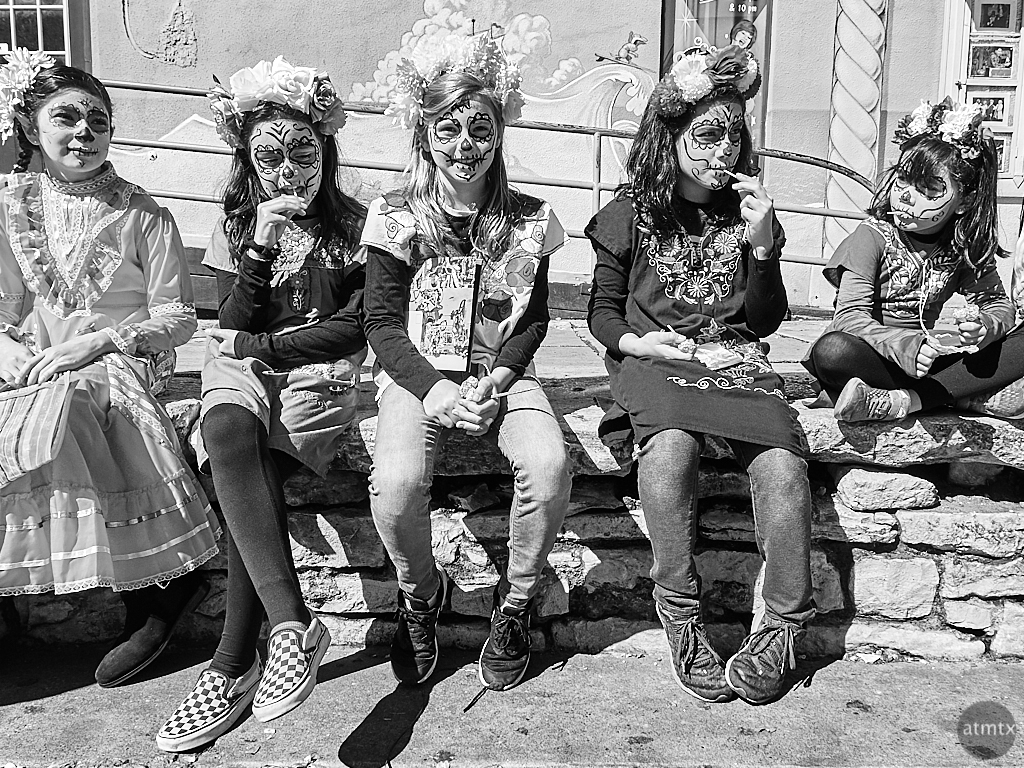 This third photograph just happens to mimic what I like about the first photograph. Again, all of the girls, except one, are looking every which way. I also love how three of them are enjoying their lollypops.

If I were publishing these in a book, I would put both pictures on pages facing each other. The first photo is definitely showing parade participants. In the third photo, things are less clear. They may be part of the parade or just spectators. Either way, there is a difference in cultural background, though both groups are part of the same cultural event.

I love how these downtown spectacles bring people of different backgrounds together. And photography is there to capture these unscripted moments.