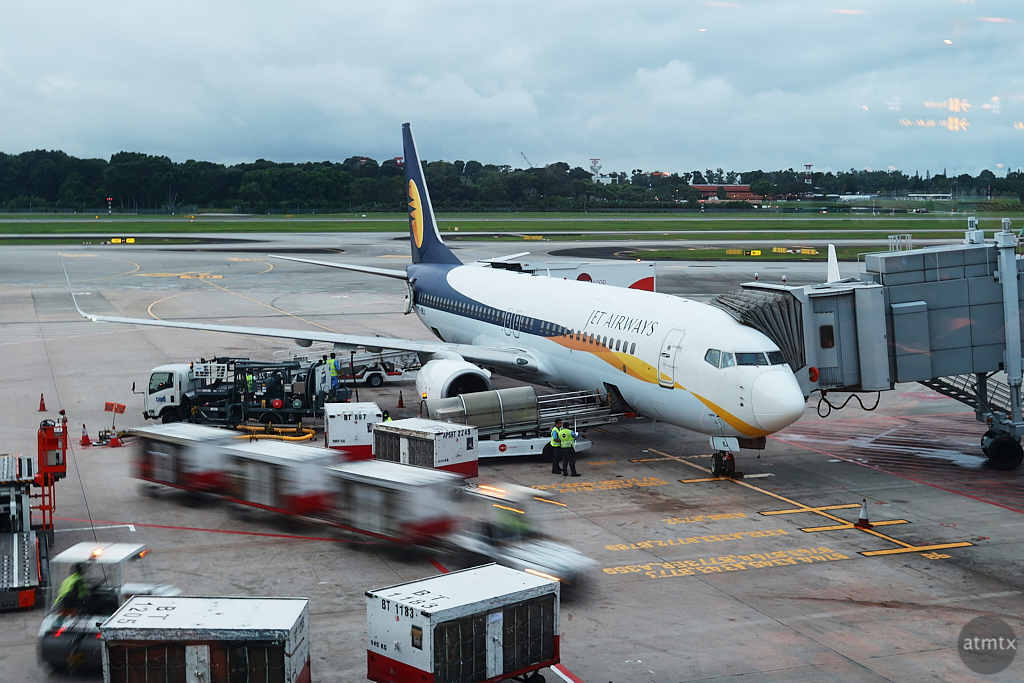 After several days in Singapore, I was ready to leave. I was finally going home, but not before heading back to India first. Why? It was a lot less expensive — some 40% less — making two round trip flights, rather than a single one-way. So instead of traveling east from Singapore, through Hong Kong, Los Angeles, and back to Austin, I flew west back to Bangalore. Thus, my business trip back in December 2018 consisted of a round trip flight from Austin to Bangalore and a round trip from Bangalore to Singapore.

Admittedly, I was initially a little wary of flying Jet Airways, just out of ignorance. I would have preferred an award-winning Singapore Airlines flight back to India, but that was double the cost. Reassuringly, I discovered that Jet Airways was a major Indian carrier and not a small podunk airline.

I know a photo of an airplane is not very exciting, photographically. I did at least slow down the shutter to 1/5 of a second to create a motion blur of the baggage tram. I was hoping that would add some level of visual interest.