I’m back again with another Lucha libre Photo Essay like I did last year. For the second year in a row, Precision Camera put on a Mexican wrestling event outside their store. As you can imagine, it was a fantastic photo op. While I probably won’t go to one of these, otherwise, it was great fun making pictures of the action and the drama. This happened back in November of last year.

I brought my fastest camera, which is still the Olympus OM-D E-M5 Mark II. There are certainly faster cameras on the market. But since I no longer shoot sports, the E-M5 II is more than adequate for my purposes. My current but old Fuji, the X-T10, is no match, speed-wise, for the Olympus. Interestingly, both cameras are from 2015. But, back then, the Olympus was clearly better in the speed department.

The photography set up this year was a lot better than a year ago. First, they had multiple LED lights under the tent that made for much better exposures. Also, they allowed anyone to get up to the ring, which was restricted to special Canon class members last year. Consequently, I’m much happier with the photographs I made this time. You can compare them to my photos from a year ago. I also used the Olympus 12-40mm f2.8 Pro, which is an optically far superior lens to my 14-150 f4-5.6 travel zoom.

Shooting fast action sports is an excellent way to train yourself in composition, and to learn how to anticipate. I believe shooting sports in the past has improved me as a street photographer, for example. The wrestling action was exciting, and the fake drama was entertaining. As you probably know, all the action is for show — no one got hurt. Though, given all the body slams, it takes a sufficient amount of skill not to accidentally injure yourself or others. 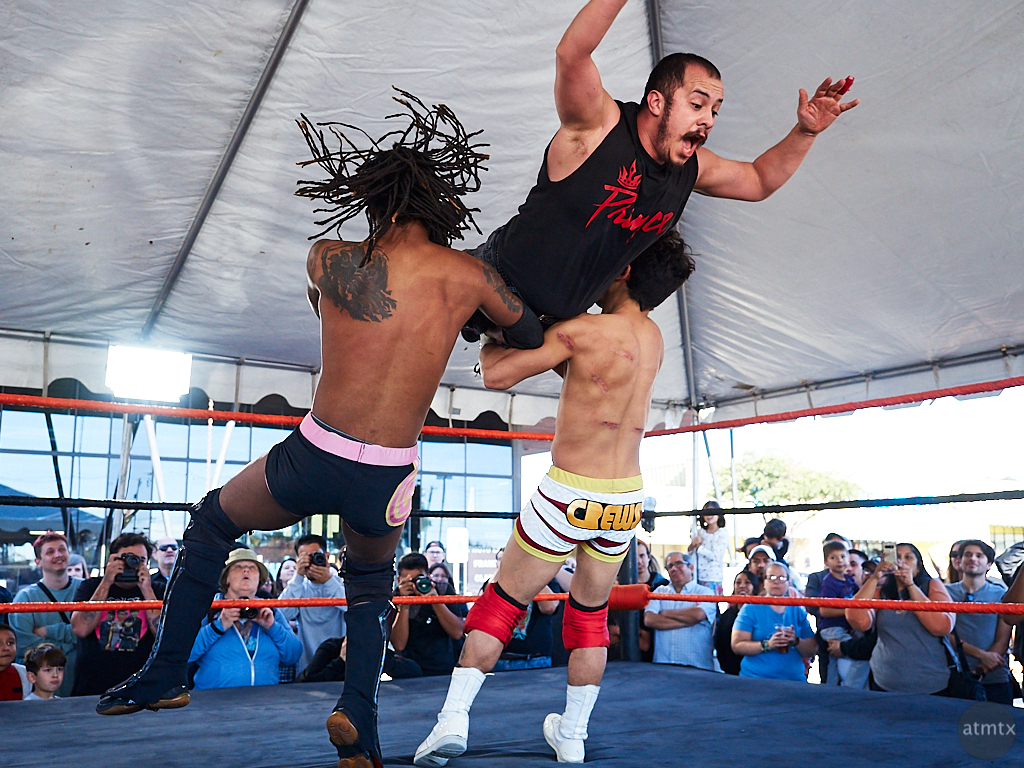 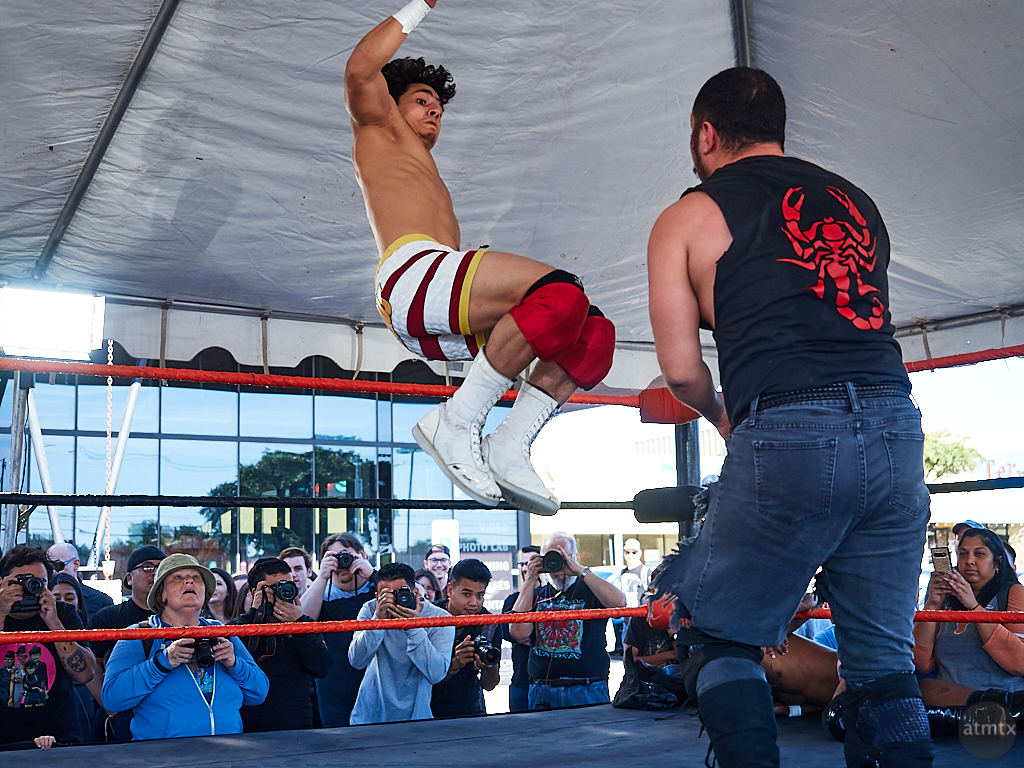 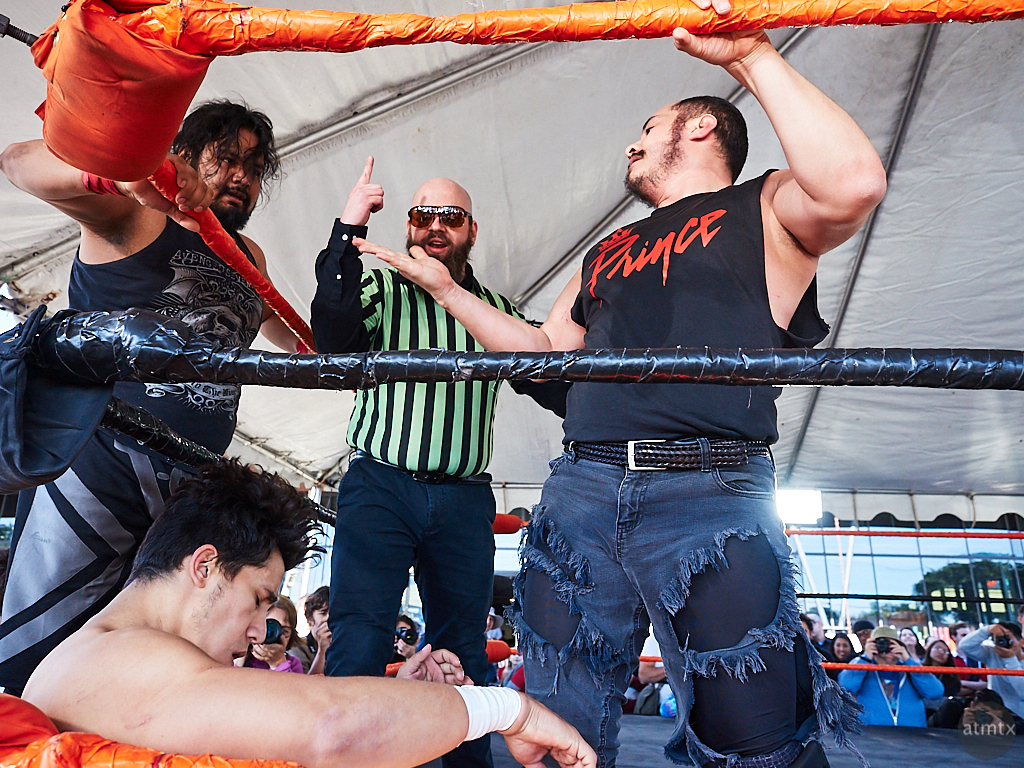 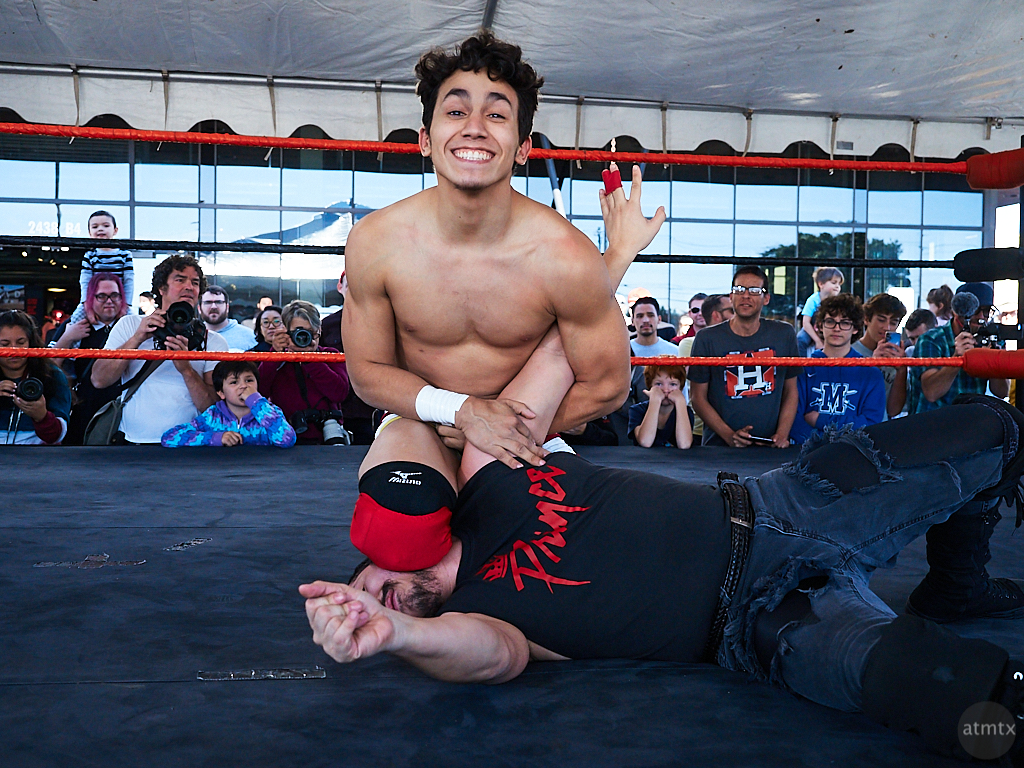 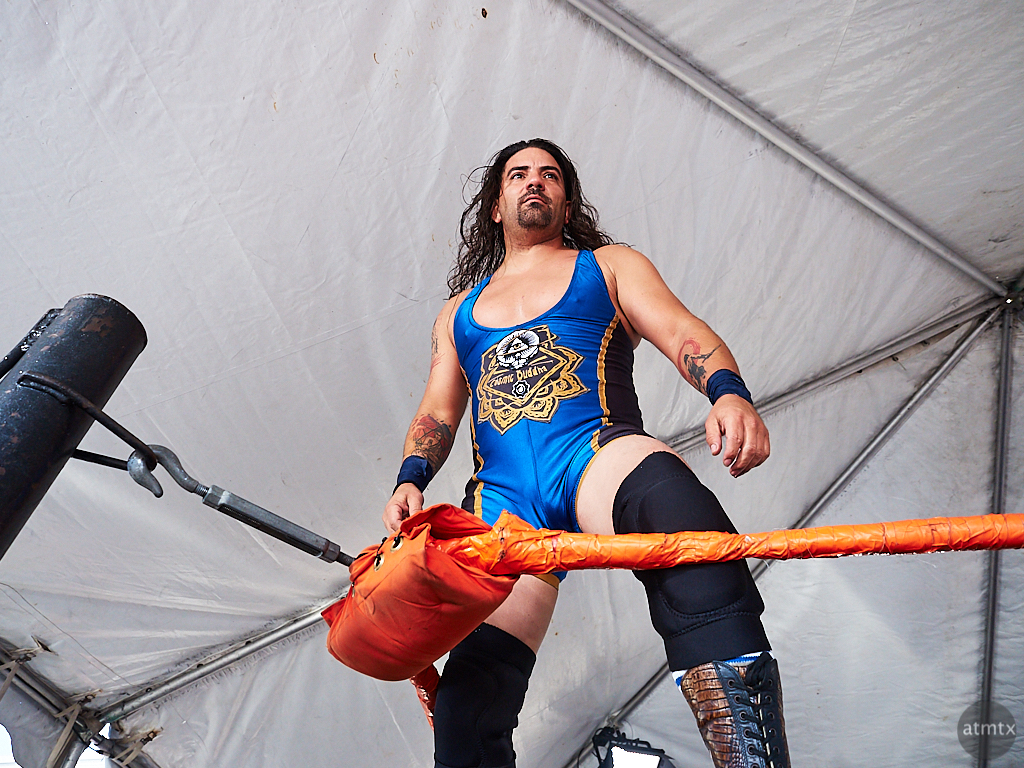 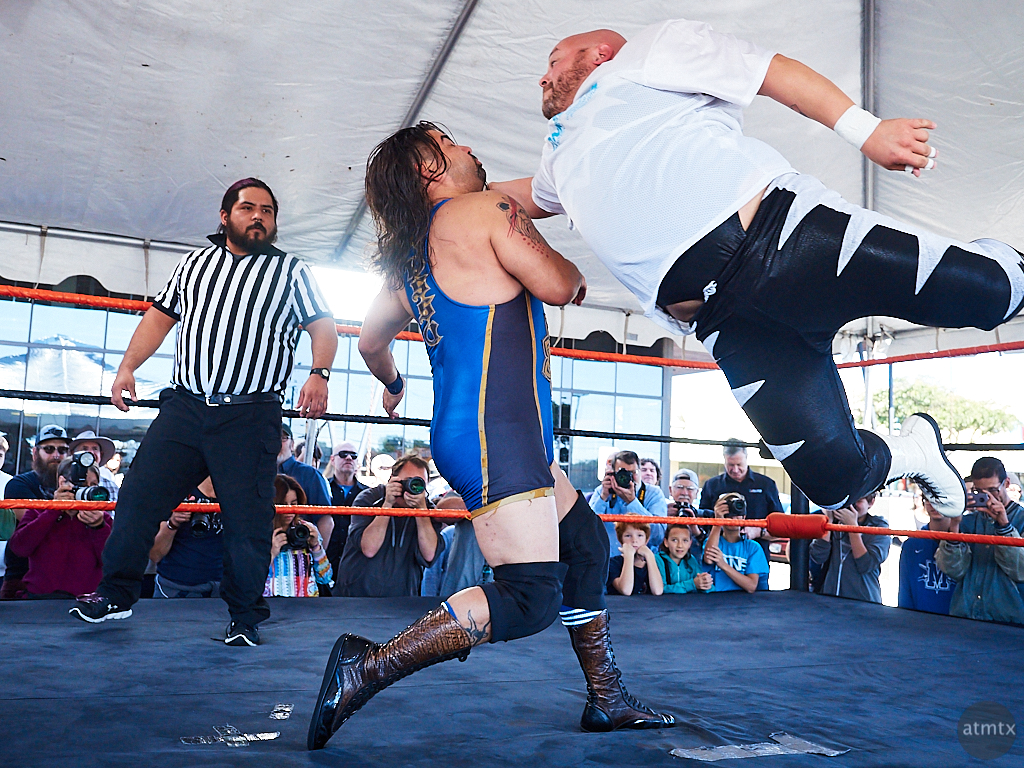 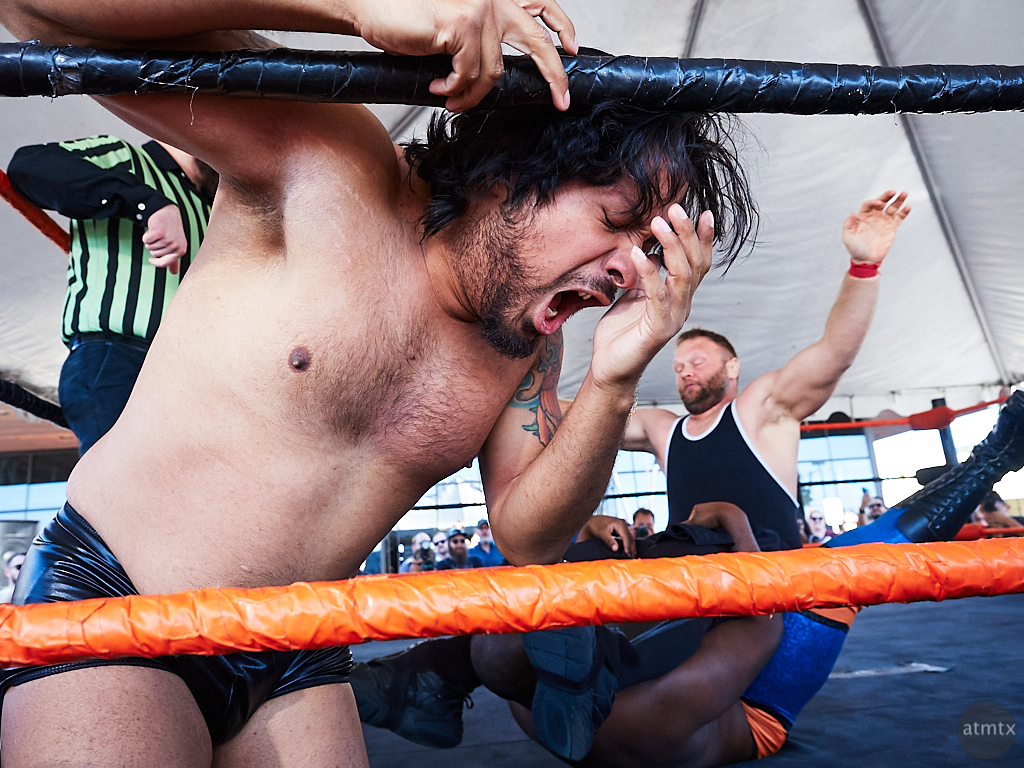 One thought on “Photo Essay: Lucha libre 2019, Action and Drama”