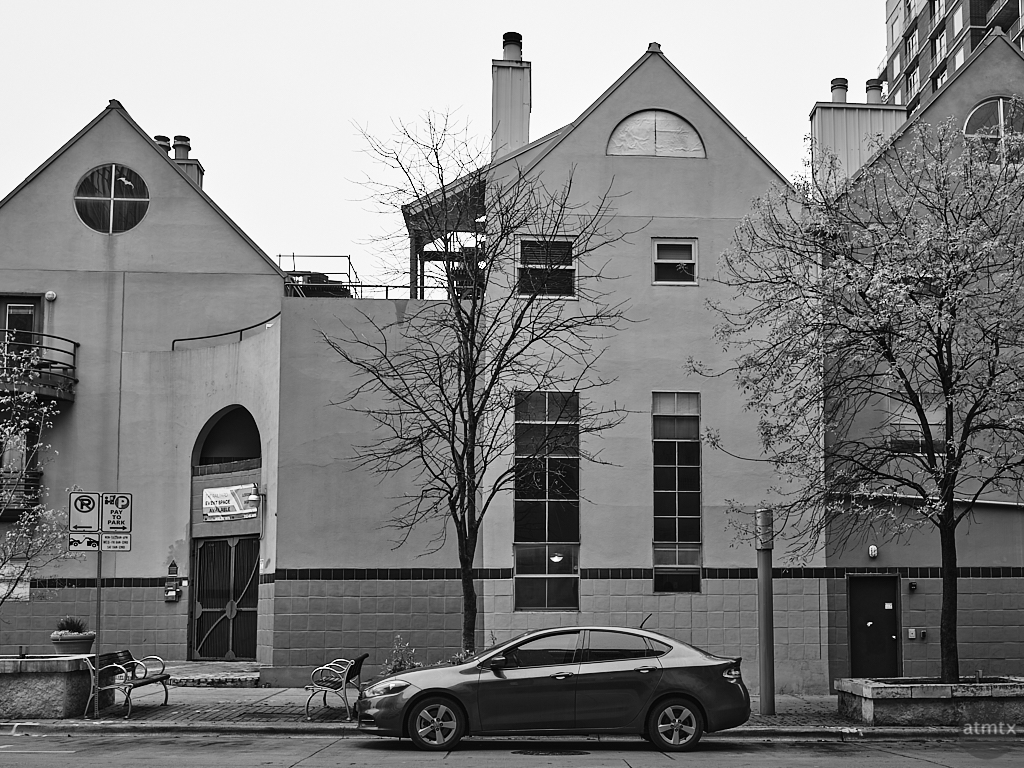 The Railyard was developed in 1983, originally as apartments. In 1999 they were converted into condos. They were one of the few downtown residences back before Austin’s boom. When I arrived in 1992, downtown was a dead place. After 5pm, the workers left for the suburbs. There was hardly anything to do, other than some bars on East 6th Street.

A lot has changed in nearly 30 years. The city government has been pushing downtown development for years and increasing full-time residents. For the longest time, there were hoping for 10,000 people. My latest check on the city website says there are up to 12,000 with over 3,000 more units planned or under construction.

I mention this and feature the Railyard because these condos will probably be demolished soon. The property was recently bought for $104 million, and there is a master plan for two giant skyscrapers. We’ll see if the changing economy significantly alters these plans.

With my A Changing Austin series, I don’t want to document just the construction, but what came before. Perhaps in a few years, these pioneering structures will be replaced with gleaming towers. At least I’ll have pictures of what once was.

One thought on “Railyard”