I took a bunch of Disneyland parade pictures, but I won’t bore you with them. For the final post in this short parade mini-series, I’m showcasing some Disney princesses. They effectively demo the focal length range of the Fuji kit lens that I used throughout the Disney coverage.

For the top picture, I zoomed in fully. The middle picture shows the roughly halfway zoom. And, the last picture is at its widest. While I generally like prime, non-zooming lenses, there is no question zooms are handy. You can’t always zoom with your feet, especially when surrounded by a crowd of people. They work really well for casual travel photography. 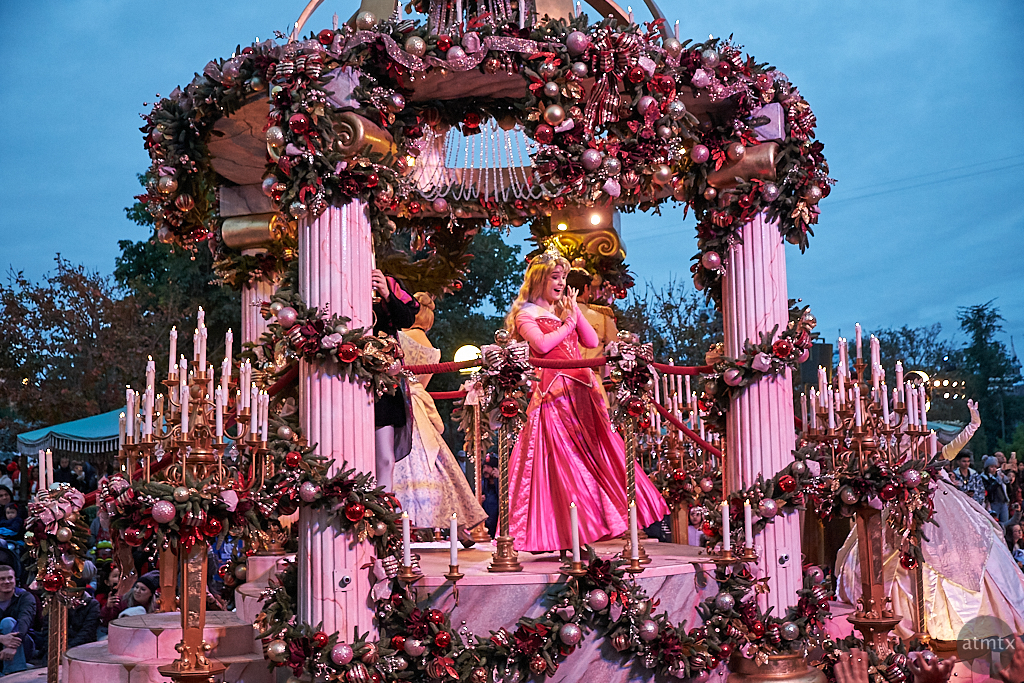 I’m not really familiar with most Disney princesses, and my two sons are also clueless. My wife probably knows better. But I know the whole Disney princess thing is big in certain circles. For this post, however, they’ve been reduced to demonstrating focal lengths of a kit lens.

This Fuji kit lens has an 18mm to 55mm range, which gives a 27mm to 82.5mm equivalent focal length in full frame terms. It’s a step up from the usually inexpensive kit lenses, having a larger f2.8 to f4 aperture range. That came in handy since the light levels were rapidly falling. For the first picture, for example, I shot that at ISO 4000.

The three pictures also give a widely varying context to the Disney parade. Yes, it’s crowded. But, you would never know that from the first two pictures.