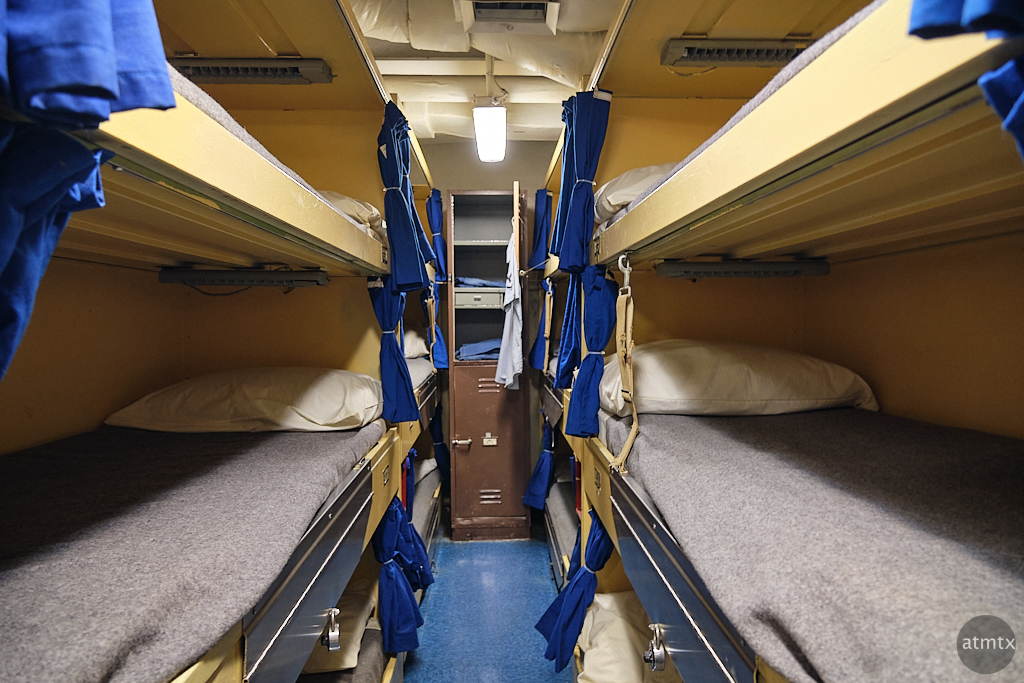 The Battleship Missouri Memorial allowed extensive self-guided tours of the interior. We could’ve easily spent more time. But, we were on a timetable for the next attraction. Even so, it didn’t stop me from taking loads of pictures.

We saw mess halls, cafeterias, a post office, and lounge areas. Some facilities appeared to be shared equally among the entire crew. Others showed a hierarchy of comfort based on rank. This was most evident for the sleeping quarters.

These three-level bunks were for the lower ranks. There were groups of them throughout the ship.

At a certain level — for a limited number of officers — they got private rooms. There was a note that this was a captain’s quarters. I’m not versed in the rank of military officers. However, I’m guessing the person who lived here had the rank of captain but was not the ship’s captain. The head of the battleship would have more extensive quarters.

Finally, this is the private bedroom of the Executive Officer, who is the second in command. An adjoining room had a couple of couches. At the top of the chain, you get a suite.

The room isn’t plush. It’s not a cruise ship, after all. But clearly, rank has its privileges.