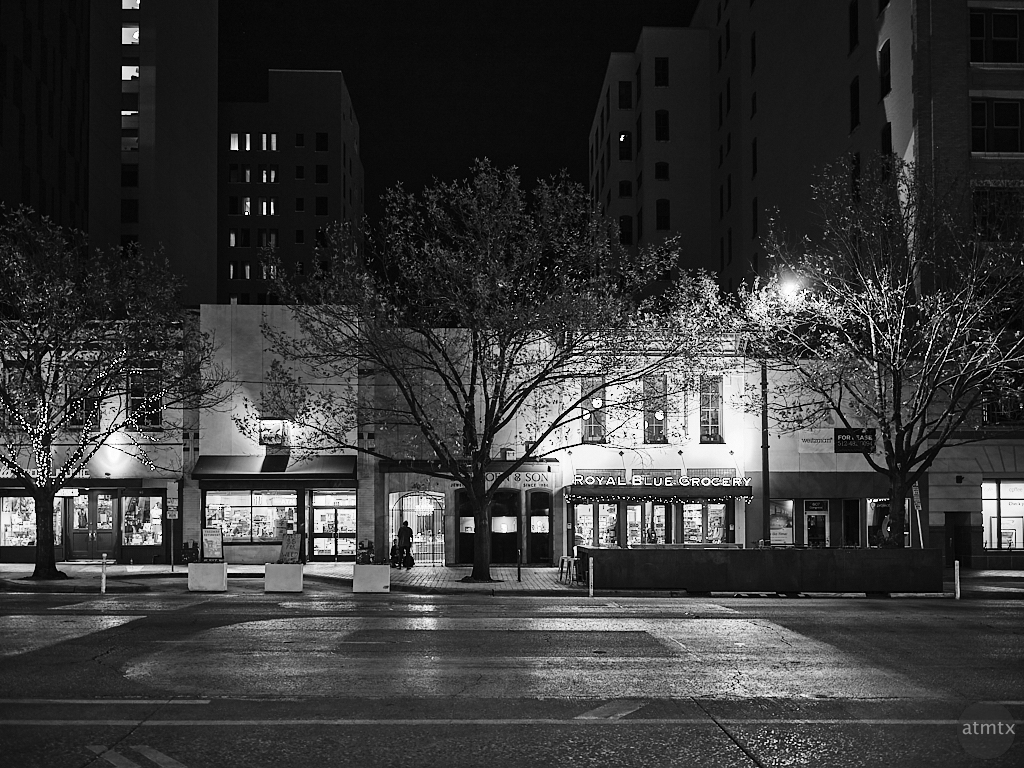 Unlike the streetscape from 6th Street, this stretch of Congress Avenue has modest one-story structures. But that’s deceiving. One block north, we have the Paramount Theater. And just right of the frame, we have the historic 10-story Littlefield Building. From the river to the capitol, surveying the architecture, there’s a patchwork of modest old structures, beautifully detailed architecture, and modern office buildings. It’s not a uniform historic district like East 6th.

There are aspects of this streetscape I really like. And though the buildings are less interesting architecturally than my 6th street version, the image has more dimension. There is a clear foreground, mid-ground, and background to the picture. The three trees dapple the lit storefronts.

It’s the background, however, that most intrigues me. Resembling a Broadway stage with a simplified urban backdrop. The stylized rectangular shapes with window cutouts scream abstract cityscape. Except, these were not designed by some graphic stage artist. It’s real. Combined with the other elements. It captures a rather zen-like quiet of a usually bustling scene in a rapidly growing city. It has a quaint old-timey feel.