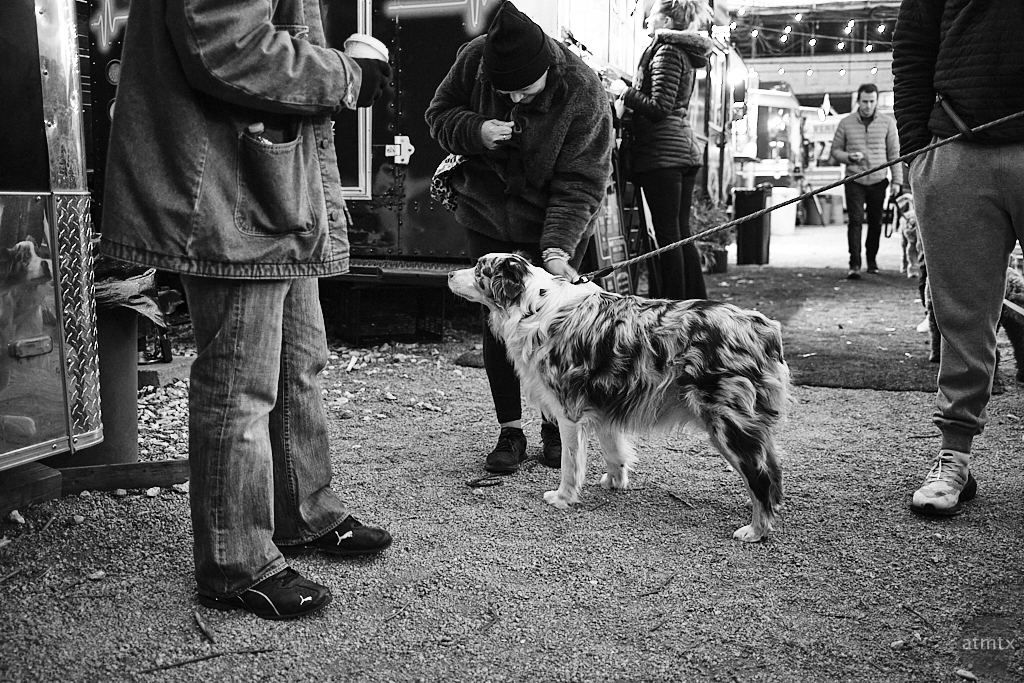 A Dog Among Us – Austin, Texas

There’s something I inexplicably like about this photo. Composed unusually for me, but I like the two sets of legs that frame the dog. It works as a sample picture from my Fujifilm X100V, my newest camera. And though I’ve owned the camera since last December. I haven’t featured many of its photos until recently. I bought it from a friend, used. I now pair it with the Fujifilm GFX 50S II as my smaller, less intrusive tool. The two Fuji’s together have been my go-to setup for the last half-year.

I’m not new to the Fuji X100 series. I bought the 2nd version, the X100S in 2014 and used it extensively. The S model had some weaknesses, but shooting it as my primary camera for over a year made me a better photographer. The 35mm equivalent focal length was burned into my brain. Later, I switch the Olympus cameras while often maintaining the 35mm perspective.

Fuji has continuously updated the X100 line and released this 5th iteration in 2020. It addresses all the issues I had with the previous model. It focuses fast, the EVF works perfectly, and the lens is sharper. The body retains its classic shape but is modernized with a higher build quality. In-body image stabilization is the only missing feature.

Along with the bulky Fuji GFX 50S II, I wanted a compact, high-quality, non-fussy partner. Something that I can carry everywhere and shoot without drawing attention — it’s a fantastic street and travel camera. I use the GFX 50S II when possible and when I want the highest quality image. I shoot the X100V for unencumbered fun.

One thought on “I added a Fujifilm X100V to the Mix”