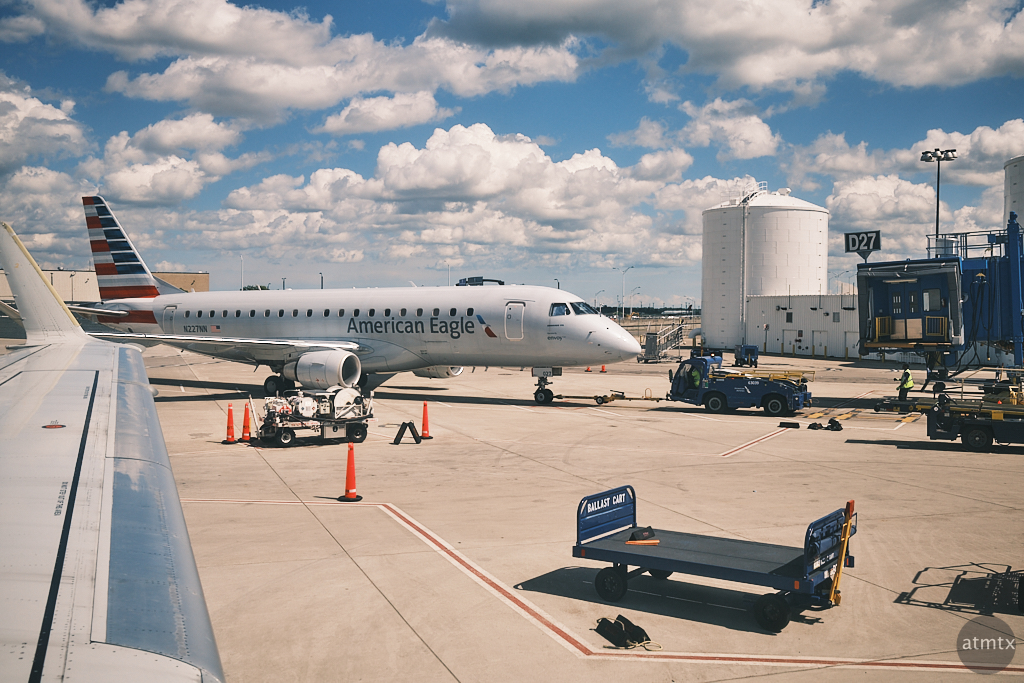 I prefer not to fly American Eagle, American Airlines’ regional carrier. They use smaller planes between shorter distances. However, when the airline canceled my direct flight to New York City and I re-routed through Detroit — I took whatever I could.

I’m wary of these small planes because of the carry-on luggage situation. The overhead bins are small, and some require carry-on-approved roller-boards to be checked at the entrance. The ultimate fear is if I had to check my computer/camera bag — untenable since it would destroy the fragile gear.

My concern was unfounded. The Brazilian-built Embraer 175 was surprisingly spacious and had overheads capable of handing my suitcase. The distance to the seat in front was more generous than the typical Boeing 737. It was like traveling in premium economy. I must have confused the Embraer with the Canadian-built Bombardier CRJ700, which I believe is smaller.

I flew Embraer 175s from Chicago to Detroit and Detroit to New York. The flights when off without a hitch.