Do I pick the aisle or window seat? It used to be an easy choice. As a photographer, I always looked for visual opportunities. However, as I get older and desire convenient access to the bathroom and pictures out the window pile up, I’m increasingly opting for the aisle. That was a big mistake on the flight into New York City. Except for a bit of luck that saved me.

As we approached LaGuardia, I was stunned at the view through the half-uncovered window — a glorious view of the skyscrapers of Manhattan. Not only was the plane positioned perfectly for optimal framing, but the late afternoon character-filled clouds also created shafts of light.

Sensing a rare opportunity, I took a chance.

My window seat passenger appeared to be in a deep sleep. I reached over with my compact Fujifilm X100V and started snapping photos. Though not perfectly framed, I created keepsakes of the flight into the big city. The first picture has us flying past lower Manhattan and the financial district. On the other side of the river is New Jersey. 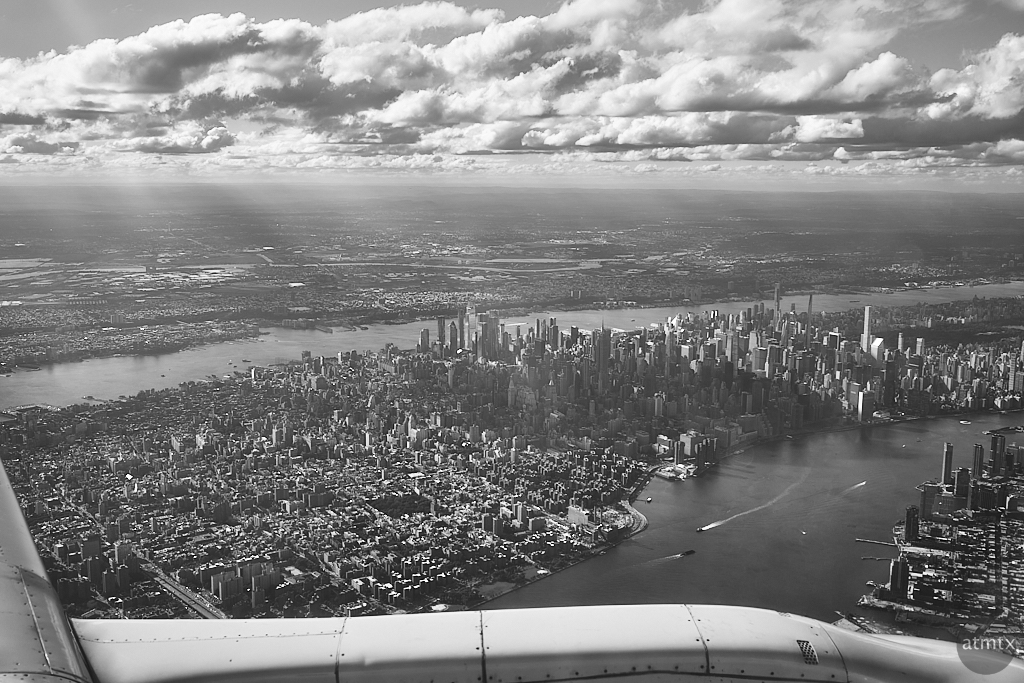 This second image is my favorite, showing midtown Manhattan. The East River is in the foreground, and the Hudson River is in the distance. The western edge of Queens is coming into view.

We are probably over Brooklyn in this third picture. We can see part of Brooklyn and Queens in the foreground, Manhattan island, and New Jersey. The most dramatic skyline changes are taking place outside Manhattan. Brooklyn and Queens are now sprouting significantly tall towers near the river.

The 26MP Fujifilm X100V made solid pictures. However, I would’ve loved to shoot this with my 51MP Fuji GFX 50S II. That was tucked away in my bag, taking too long to pull out. Also, I was stretching my luck shooting over the window passenger with a small camera. Having the honking GFX would’ve been too much. All told, I feel lucky and satisfied with what I captured.