Frank took me to his favorite pizzeria between Forest Hills and Kew Gardens in Queens. Only about 4 miles from Flushing, but it seemed a lot farther. The traffic moves slower in New York, and with the density, my sense of distance is out-of-kilter compared to the wide-open spaces of Austin.

Dani’s House of Pizza is a small restaurant located in a pocket of retail in a residential area. This part of Queens, especially Forest Hills, is more upscale than Flushing — I passed some grand old houses on the way. Before the US Open Tennis Tournament moved to Flushing Meadows, it took place not far from the restaurant at The Westside Tennis Club.

Dani’s is a modest and comfortable neighborhood joint with a small eating area. Unfortunately, the in-restaurant seating was still unavailable due to COVID. Instead, people line up out the door for take-out. The line moved slowly, and the place seemed overwhelmed. But I didn’t mind — a perfect opportunity to catch up with Frank. 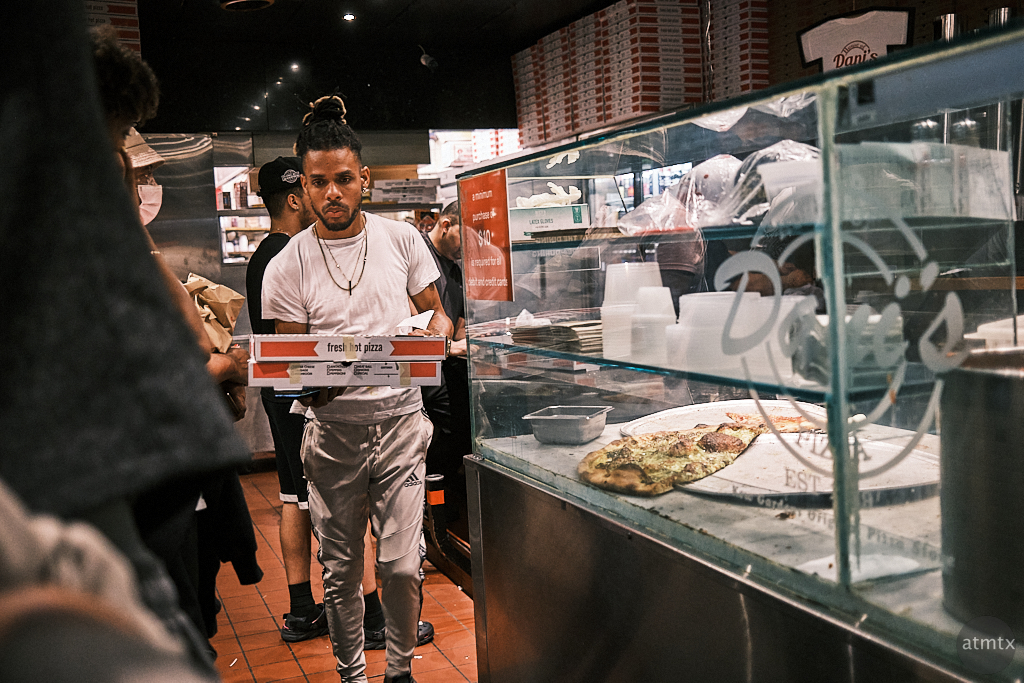 This area was the narrow space near the entrance. On the right, a person made fresh pizzas and popped them into the oven, as you can see in the photo at the top. The line formed on the left.

There are fancier pizza restaurants in New York, but I love these humble neighborhood places. Everyone has their favorite. When I grew up in Flushing, I went to Gloria’s. They were even smaller, with no seating area. From what I can remember, however, Gloria was faster and more efficient. Plus, more people bought pizzas by the slice instead of whole pies. They had a high volume of customers getting off the Number 7 Subway. 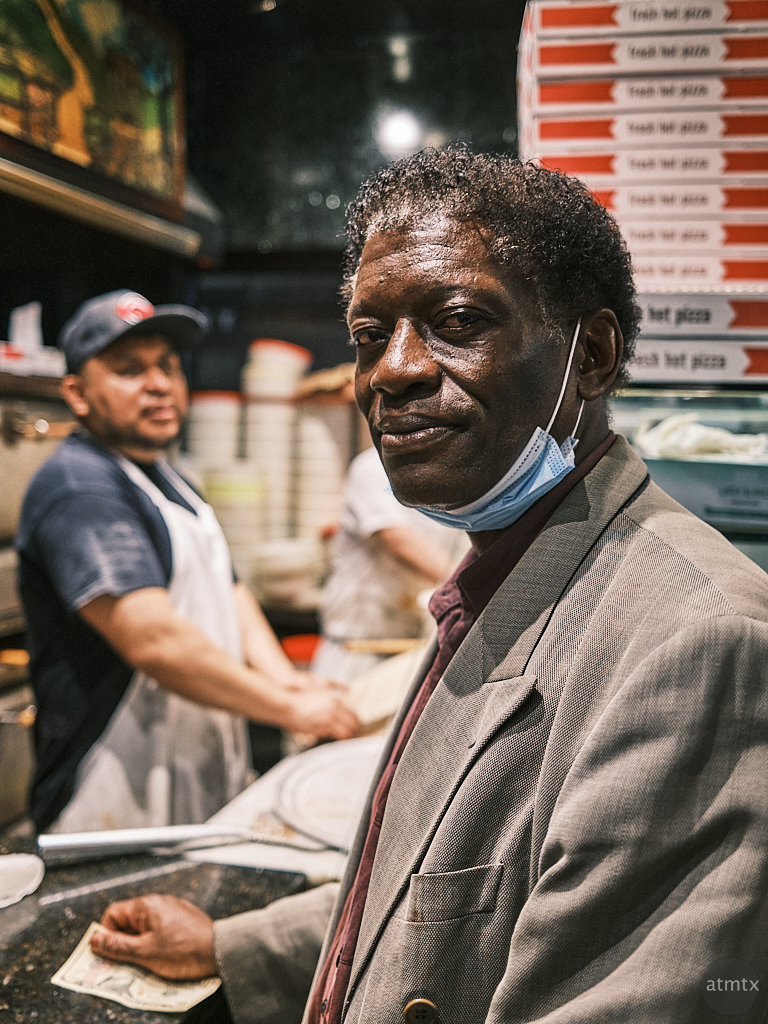 Frank and I reminisced about our teenage experience growing up in Flushing. This gentleman was in front of us and chimed in — he, too, was familiar with the area. Thus, three middle-aged guys conversed about how it used to be — it made waiting in line more bearable. I think it took nearly an hour to get our food.

Great conversation, reliving the past, anticipation of great food, and photography were all I needed. As we talked, I documented the scene, street photography-style. Dense, people-oriented cities like New York have many such interactions. Whether you want to or not. That night at Dani’s was a decidedly pleasant experience. I wish I had photos like these when I grew up in New York. Alas, I wasn’t into photography back then.

The pizza itself was fantastic, though not the best I ever had. It was roughly comparable to my favorite pizzeria in Austin, though with a sweeter sauce. Frank and I ate in the car. Not a fancy dining experience but offset by tasty food, great company, and some photography.

5 thoughts on “Scenes from a Neighborhood Pizzeria”