I’ve been recharging my creative batteries lately by doing a few different things. I watched inspirational design documentaries, went to photography shows and even did a different kind of shooting. Tonight, I attended a lecture organized by ASMP (American Society of Media Photographers). Two noteworthy professional photographs from Texas, Michael O’Brien and Robert Seale, talked and showed their work for night of entertainment and inspiration.

While I might enjoy going to a good photography exhibit, nothing beats a great lecture by top professionals. Both Michael and Robert share similar backgrounds, in many ways. They both started as photojournalists and both became freelance photographers specializing, more or less, on portraits. Of course, they both have their unique styles, which makes it even more interesting. 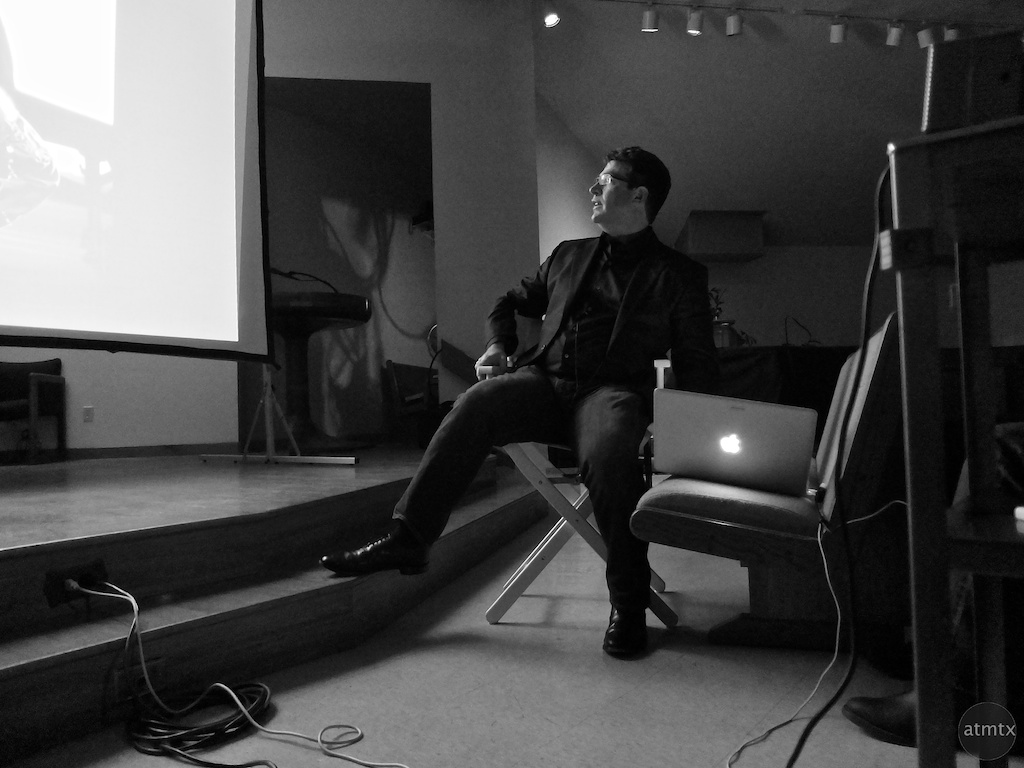 I’ve attended a talk by Robert Seale before, somewhere, though I can’t recall where. I remember many of his photographs though he presented new work since I last met him. Robert went first, showing vibrant and colorful sports and commercial images. You can see his work here on his website. I realized that, since we last met, I’ve begun to develop my own style of photography. While much of his wonderful work is sports and commercially oriented portraits, it’s his industrial landscapes that resonate. I know this is atypical and a bit odd but his industrial buildings have a parallel to the urban architecture that I like. 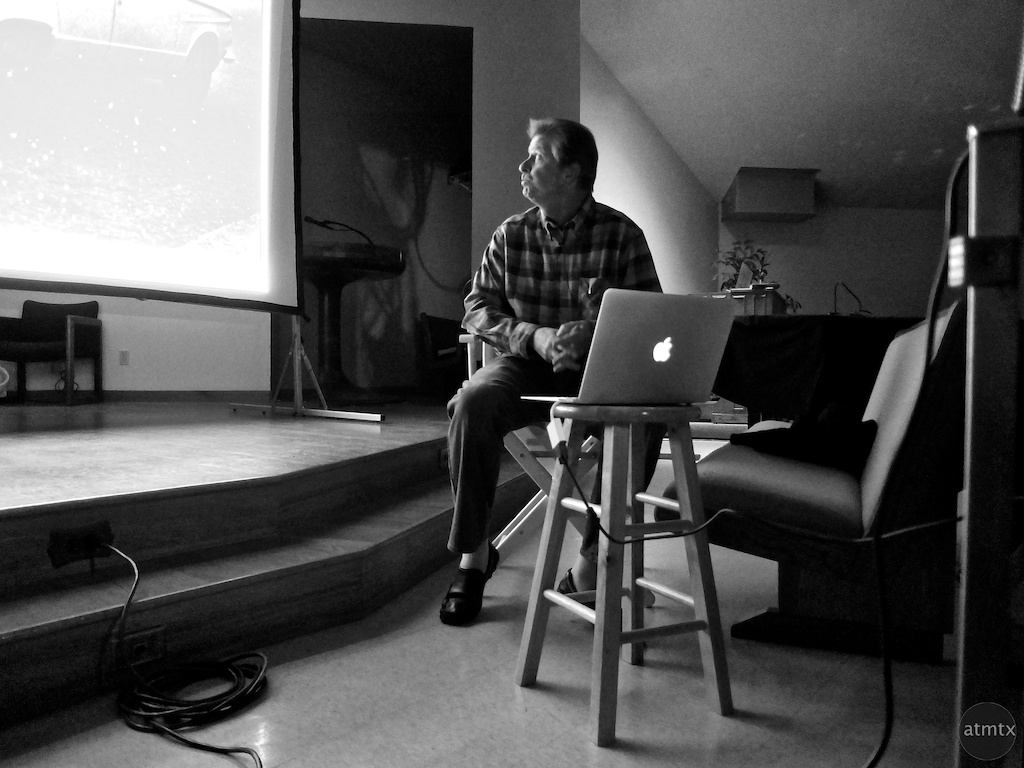 I’ve never met Michael O’Brien before but I know of him through my friend, Kirk Tuck. Kirk did nice video interview of Michael some time ago. What I didn’t realize until tonight was that Michael did the photography for very influential (for me) issue of the National Geographic — a cover story on Austin, Texas. I move to Austin in the summer of 1991, a year after the National Geographic cover story. Though I decide to move to Austin for many reasons, the writeup in the magazine certainly added. I read that story over and over. Austin just seemed like a really cool place to be, which over the last 20 years has only grown more notable. Here is the website of Michael’s work.

I dug out my copy of the magazine and I might read it again tonight. Paper magazines seem so quaint these days, but they certainly give a sense of permanence. The aging paper gives a level of authenticity that always perfect electronic media lack. You can see my worn copy, above. Ironically, the back cover has an ad for Kodak. Over these 20+ years, the fortunes of Austin have only grown. As for Kodak, you know how that story ended.

Finally, a little equipment talk before I close out this post. I’m currently testing two new cameras, which I’ll talk about soon. One camera I bought and the other is a pre production unit. The grainy black and white shots where taken with my new camera, which I won’t name for now but I’m pretty happy with the way these images came out (If you really want to know the camera I used, you can download the image and look at the EXIF). As a hint, I’ll say that the photos were shot at ISO 1600 as black and white JPEGs, which was pushing its limits.

3 thoughts on “An Evening Recharging Inspiration”