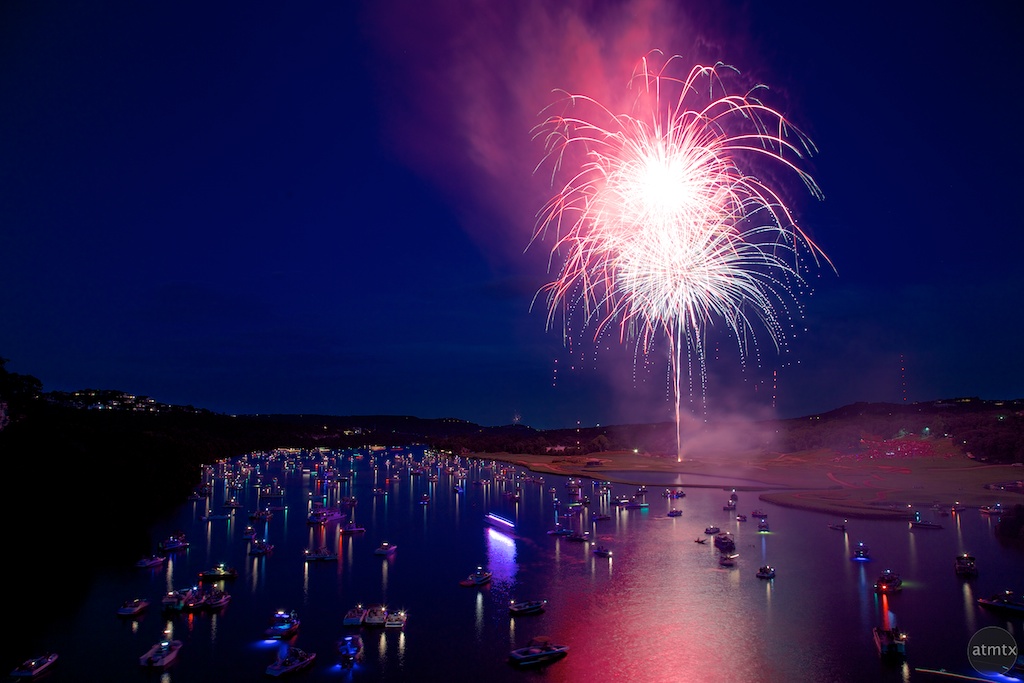 A couple of friends and I went to the 360 bridge yesterday. What do you do when it’s the 4th time you’re at the same place taking photos of the same thing? You change things up, photographically, both with the gear and the technique.

Don’t get me wrong. It’s still a perfectly good way to wrap up the 4th of July and it’s more convenient than the downtown location. This year though, the downtown venue was switched to the Circuit of the Americas F1 racetrack, many miles to the east, because of ongoing construction. When I started receiving hundreds of extra hits on my blog about last year’s 360 Bridge Fireworks, we realized things may be different this year.

We got there 30 minutes earlier than usual, just in case. The weather was remarkably comfortable, especially for being in Central Texas in July. Sure enough, the crowds started earlier and crested to a level I haven’t seen in my past visits.

I brought the same camera, the Canon 6D with the same 24-105mm f4 lens. In the previous years, I took multiple brackets, not unlike HDR, so that I can merge the fireworks and the ground to create a more dynamic image. The ground requires more light to brighten the murky shadows but the fireworks themselves need less of an exposure to capture color and detail. It’s an effective technique to merge two photos but requires an extra effort in post-processing.

With an ample supply of images in my library, I experimented this year. Would I be able to take a single shot and manipulate that to get something desirable? I was going to push my RAW file to discover the limits of dynamic range.

But wait. How would that ancient 5MP CCD sensor on my Olympus E-1 do? From my previous outing, that camera looked like it was no slouch in the dynamic range department.

There I was, a “mirrorless camera guy” with two DSLRs in front of me on tripods. On the left, the 11-year-old 5MP Olympus E-1. On the right, the modern Canon 6D with a 20MP full frame CMOS sensor. The focal lengths differed, a 28mm equivalent on the Olympus and 24mm on the Canon. Let’s see how they did.

I shot both at roughy the same exposure settings and I caught a very similar fireworks burst for comparison. You can see that the RAW exposures are roughly equivalent. Both cameras were set at ISO 100. The Olympus was a f8 for 10 seconds. The Canon at f10 for 13 seconds. I cropped the Canon photo to approximate the Olympus’ composition. 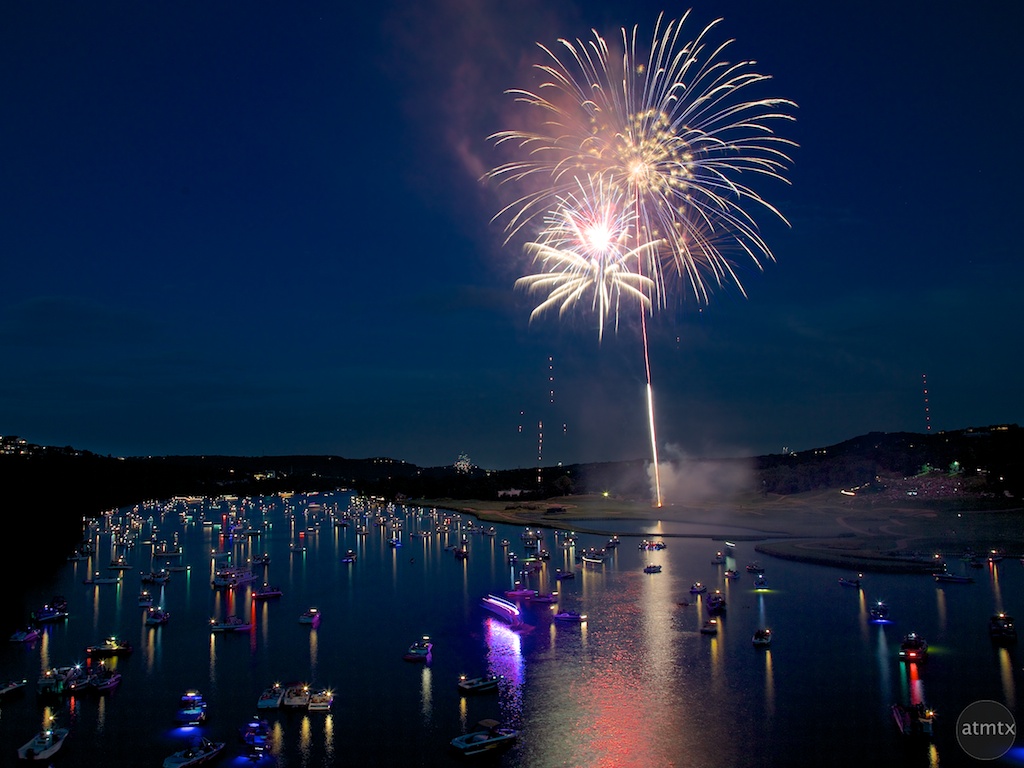 I post processed to match each other as closely as possible. I preferred the out of camera colors of the Olympus so I used that as the benchmark. The results? Surprisingly similar but with one large caveat. This is where the old Kodak CCD sensor in the Olympus showed its limitations. Despite shooting at ISO 100, the 10 second exposure of the dark scene rendered uniform red, green and blue hot pixels. The random and distributed nature makes them look like stars in the night sky. Alas, I also see these “stars” in the water and every place else in the image.

It’s a shame, really. Without these hot pixels, the results would be very desirable. Not surprisingly, the 6D has high-resolution and low noise — it’s technically superior. But I still prefer the colors and feel of the Olympus. Amazingly, the dynamic range is a close match. Consider that’s with a 11-year-old sensor that is nearly a 1/4 of the size of full frame.

I’ve been beating the drum over the years for high ISO performance, like many others. But the CCD performance makes me want a modern, higher resolution version that I can shoot at low ISOs. Something, of course, that is also affordable. I don’t know of a camera that fits the bill.

The photographic fun doesn’t stop after the fireworks. As the boats drift home, a bulb exposure makes some entertaining motion trails. This one was at 137 seconds.

I still prefer the blended image that I did in years past. The single post processed photograph didn’t match the dynamic range of a blended and manipulated image. But this got my thinking. What’s the dynamic range like on a modern CCD sensor? I’m not crazy enough to plunk down piles of money on a digital medium format system but it would sure be fun to play with one.