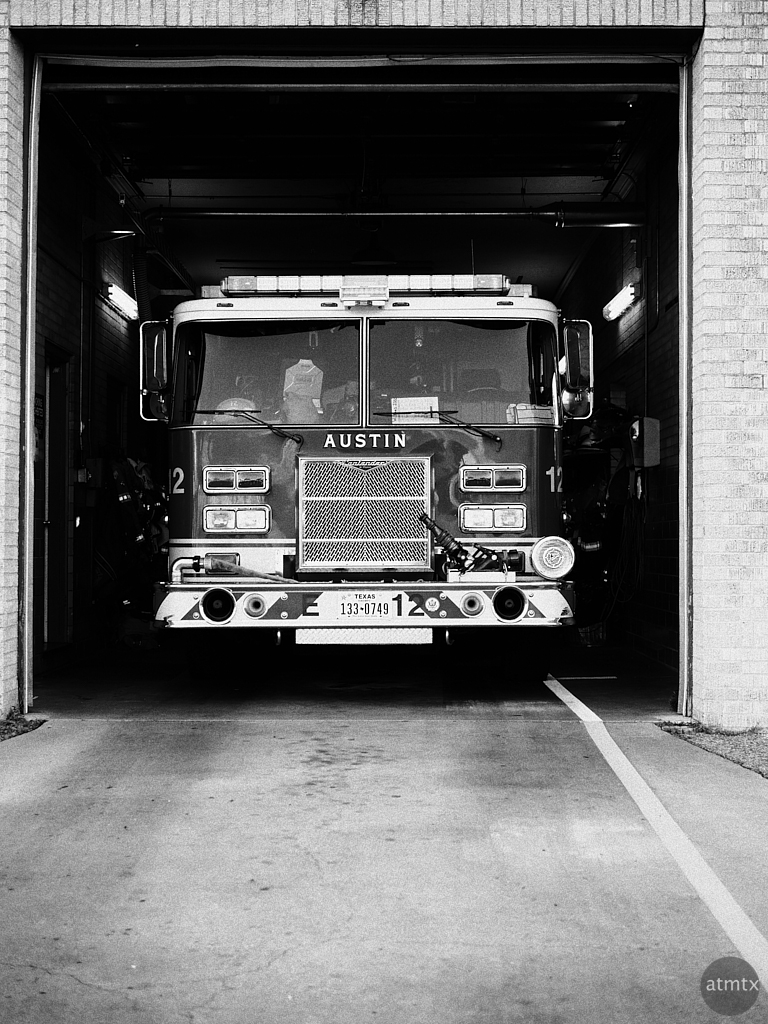 For years, off and on, I’ve shot fire engines. Some in their house, like this one, and others, active on the streets. This is one of my favorites. It’s a simple photo, simply framed, but I purposely stepped back and shifted to include the painted right line. It gives a purposeful asymmetry and a leading line of sorts.

For years, I’ve preferred the 35mm equivalent, ingrained in me after shooting for a year with the Fujifilm X100S. Later, I extensively used the Olympus 17mm, which gives a 34mm equivalent. They are versatile for travel and environmental portraits. But I’ve warmed up to the 50mm equivalent, which is easier for people on the street, though less intimate since I shoot from farther away.

For urban landscapes, however, I find the 50mm equivalent hard to use. They neither have wide-angle distortion nor telephoto compression. They are neutral. Which makes them boring, unless you frame well and find a good subject. But, I’ve worked on finding details and somehow, I like the way it feels with the Olympus PEN-F and the film mimicking grainy black and white. They seem to go together.