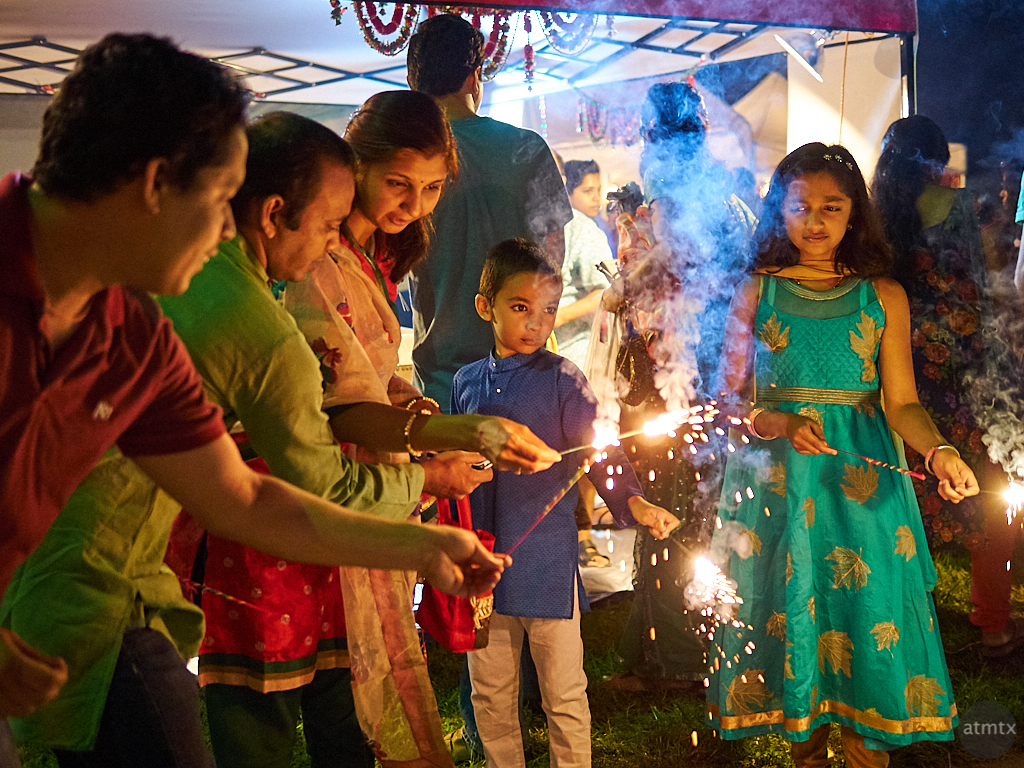 When I recently went to my first Diwali festival, I didn’t know what to expect. Diwali is a celebration of light, so I knew they was going to have a fireworks show. Unexpectedly, however, there were also firecrackers, mostly for the children, which really attracted my attention. These were the photographs I enjoyed making the most. Something about the bright sparklers, the colorful clothing and the shadows of the night that make a potent combination.

It was also a chance to make candid photos of people having fun. Family photos with kids enjoying the spectacle. Between the Hindu Temple back drop and a large number of Indians, I felt like I was transported to the other side of the world. It certainly didn’t feel like Austin. These may be the most exotic and foreign looking photographs I ever made in my home town.

As usual, I used two cameras, the Olympus OM-D E-M5 Mark II with the 12-40mm f2.8 Pro lens and the Olympus PEN-F with the Panasonic Leica 25mm f1.4. Together, I was able to shoot closeups and wide angles. The 50mm equivalent with shallow depth of field allowed me to isolate individuals and small groups. It also allowed for faster shutter speeds with higher quality.

The 12-40mm, with the wider view, allowed me to give context. To pull in the Temple details or to create a wide-angle distortion which gives a different kind of look. I’ve mixed the photos from both cameras, below, but I’m sure you can tell which lens I used. If not, hover over the photos with a mouse and it will give you the exposure details.

I saw some people shoot with a flash, but I’m sure that would have ruined the feel of the images. I love the natural light of the firecrackers illuminating the people. That’s what makes these photos, I think. That, and the images of happy people at the Diwali festival. 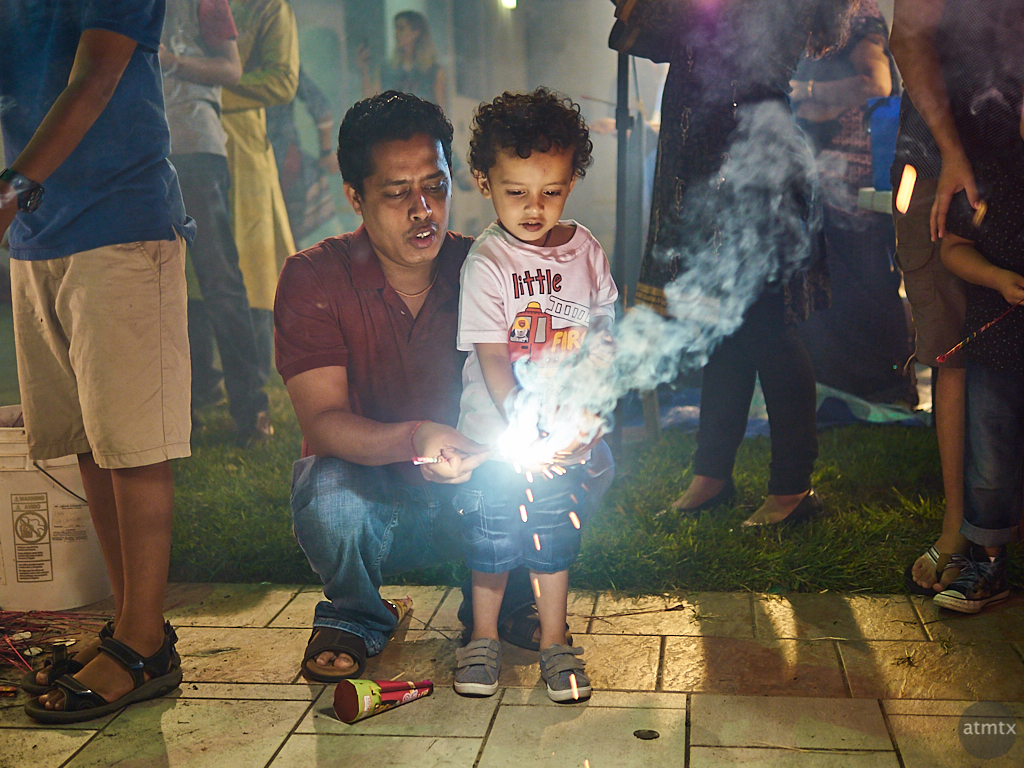 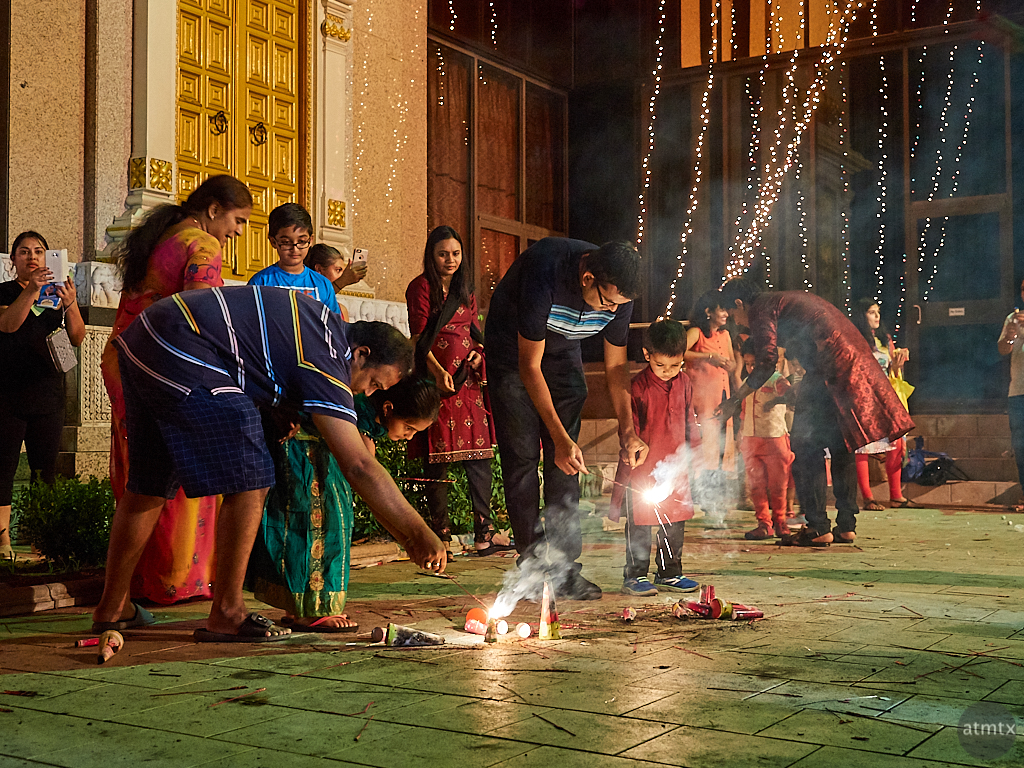 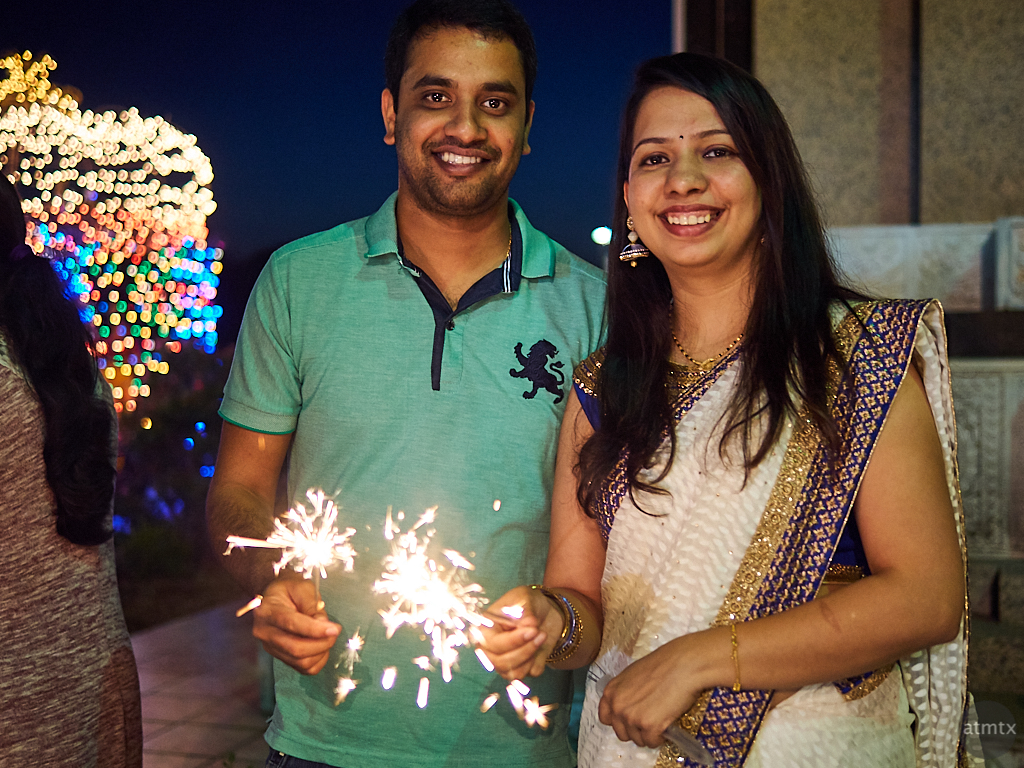 8 thoughts on “Photo Essay: The Warm Glow of Diwali Firecrackers in Austin”