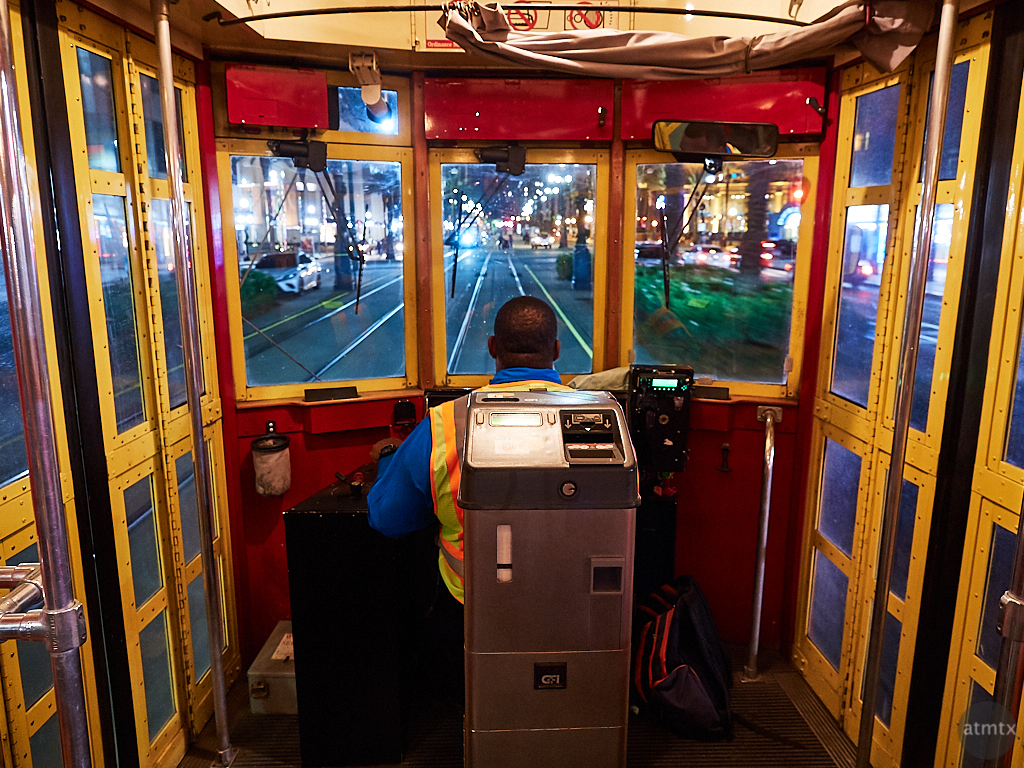 A View out the Streetcar – New Orleans, Louisiana

This scene from New Orleans reminds me of one that I posted, a couple of months ago, from Japan. While that post was from the front of a train, the general principle remaines the same. I like all kinds of trains and the old and rumbly nature of streetcars adds even more character to the transport.

As you might have guessed, from the striking red and gold, this is from the Canal Streetcar, which I featured a couple of days ago. Color balancing the soft yellow incandescent inside has rendered the exterior a cool blue. An apt color, perhaps, for the impersonal big city, complete with motion blur.

I lucked out getting a crisp shot of the interior while in motion. The dim interior and movement made it more challenging to capture this image at 1/15 of a second. Shooting a burst of pictures often helps in these cases. If find that at least one of a burst of three or four images is sharper than the rest.

5 thoughts on “A View out the Streetcar”