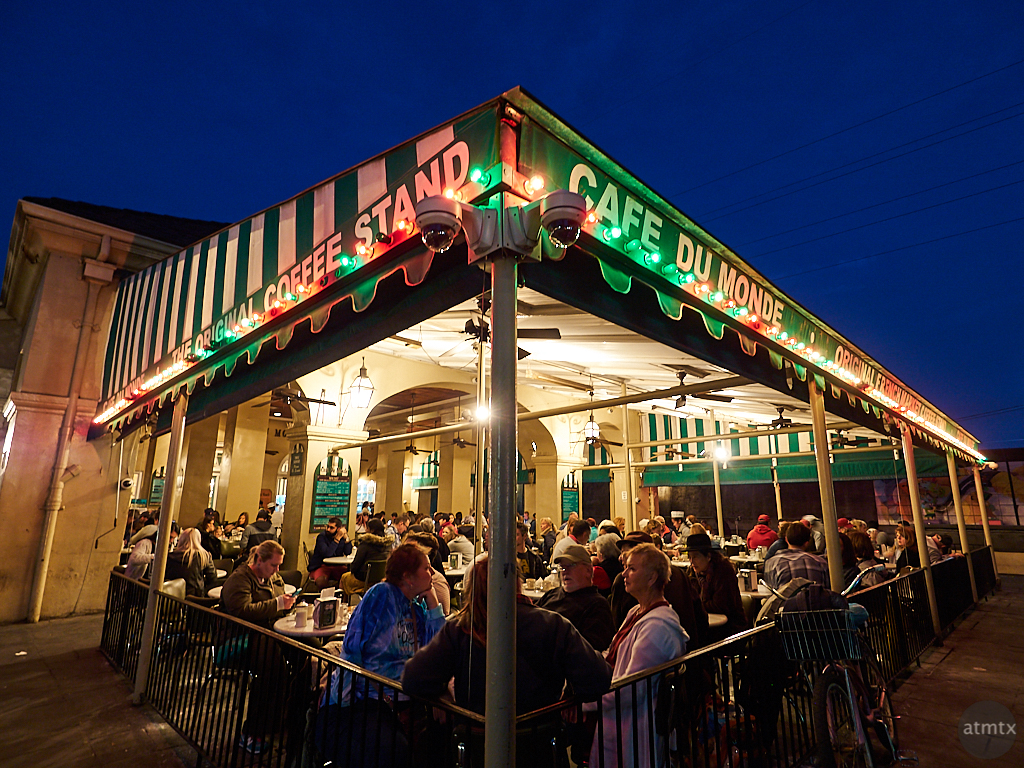 I was debating about posting this photo of Cafe Du Monde. Yet another one, and not extremely different from the one I posted two days ago. But there’s also a sense of symmetry, bookending my “Street Photography” type photos from yesterday, from inside the cafe. And, if we dig into this photograph, there are noteworthy differences between my two cafe photos and the way they are executed, even though they appear as though they were taken from the similar vantage point.

Most noticeable, of course, is this photo is taken during blue hour. Despite its name, around here, blue hour lasts, at most, 15 minutes, and even less for the peak electric blue skies. It’s one of my favorite times to make urban landscapes, during the twilight of night.

I also used a super wide-angle lens, a 18mm equivalent. The one from two nights ago was at a 24mm equivalent. To really appreciate and enhance the wide-angle distortion, it’s good to get close so the subject. So I took several paces closer to the corner of the awning, to get this nice exaggerated perspective.

Finally, because my super wide-angle is a slow f4-5.6 lens, I shot this at a slower shutter speed. 1/3 of second in this case. I’m surprised I didn’t get much motion blur from the patrons.

As I discussed yesterday, there’s a lot you can change to create a very different photograph, even if the subject and vantage point is the same. The choice of lens, time of day and color, among other things, allows for infinite variety.