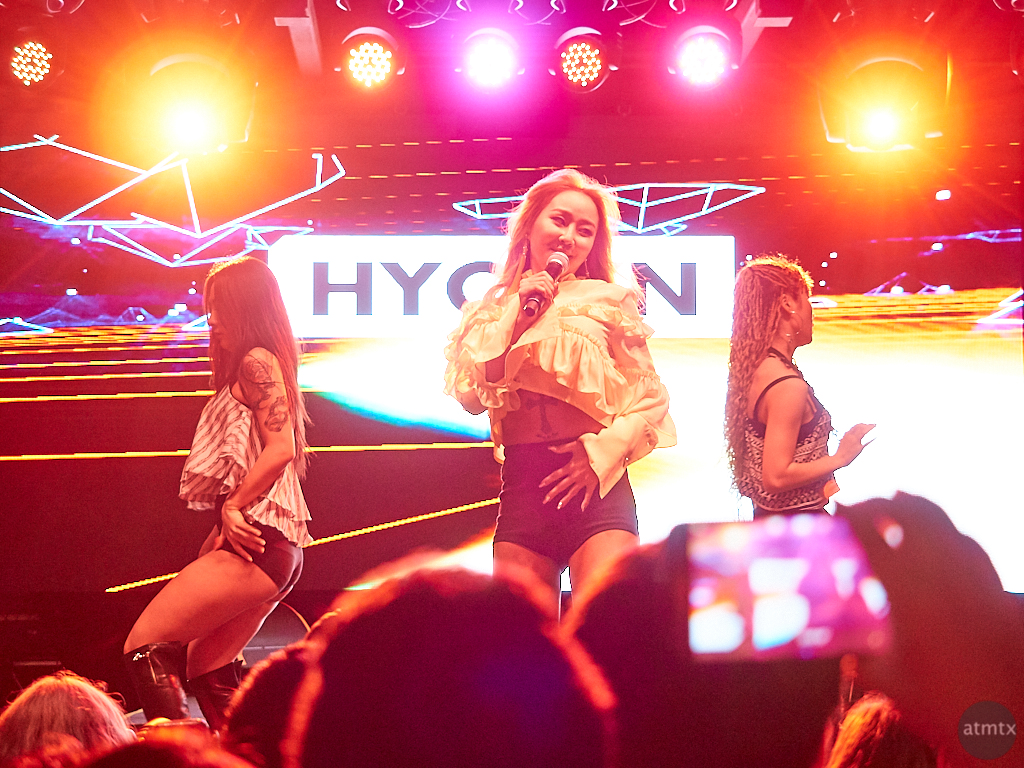 After all the photography during SXSW Interactive, I opted to skip the music portion this year. I had enough of going downtown and I didn’t relish the prospect of waiting in line for a long time. I realized that I didn’t even post the photos from last year’s K-Pop event. K-Pop, Korean Pop, was very popular last year, and because I didn’t have any kind of SXSW credentials, I waited 1 1/2 to 2 hours to get in, as I recall.

I’m not necessarily a big K-Pop fan, but I did enjoy the visuals and the spectacle when I went to my first concert back in 2016. Last year, I even decided to forego my usual, annual, Japan Nite show and went to K-Pop instead. I had a really good time, though in a packed audience, my feet ached after hours of standing. Photographically, I’m really happy with what I captured.

I put the first two groups, Hyolyn above and Red Velvet below, on my Instagram feed last year, intending later to feature them on my blog, but that never happened. With my constant stream of new photos, I had moved on to yet another topic and basically forgot to post these. Remembering this, rather than going to this year’s concert, I conveniently feature the 2017 K-Pop concert. Lazy but true.

You can tell I’m not a true fan. And I will readily admit, many of the activities that I attend are for photographic purposes. For me, creating good photos is what I relish. At times, the actual event or place that I visit are secondary to the photography. 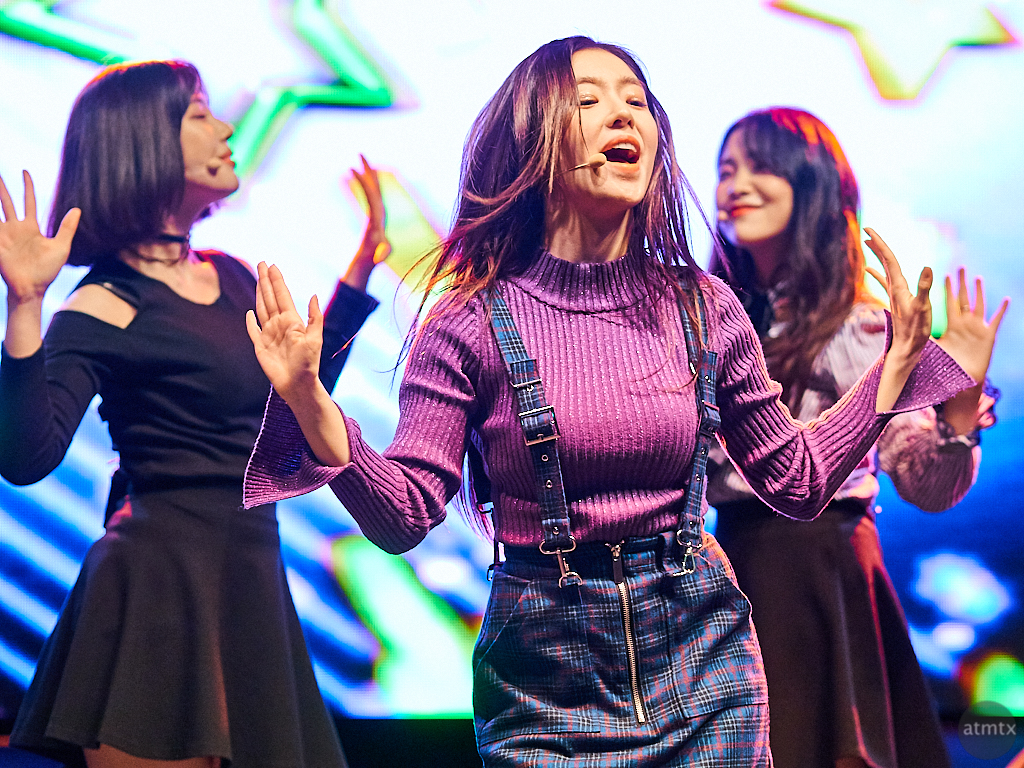 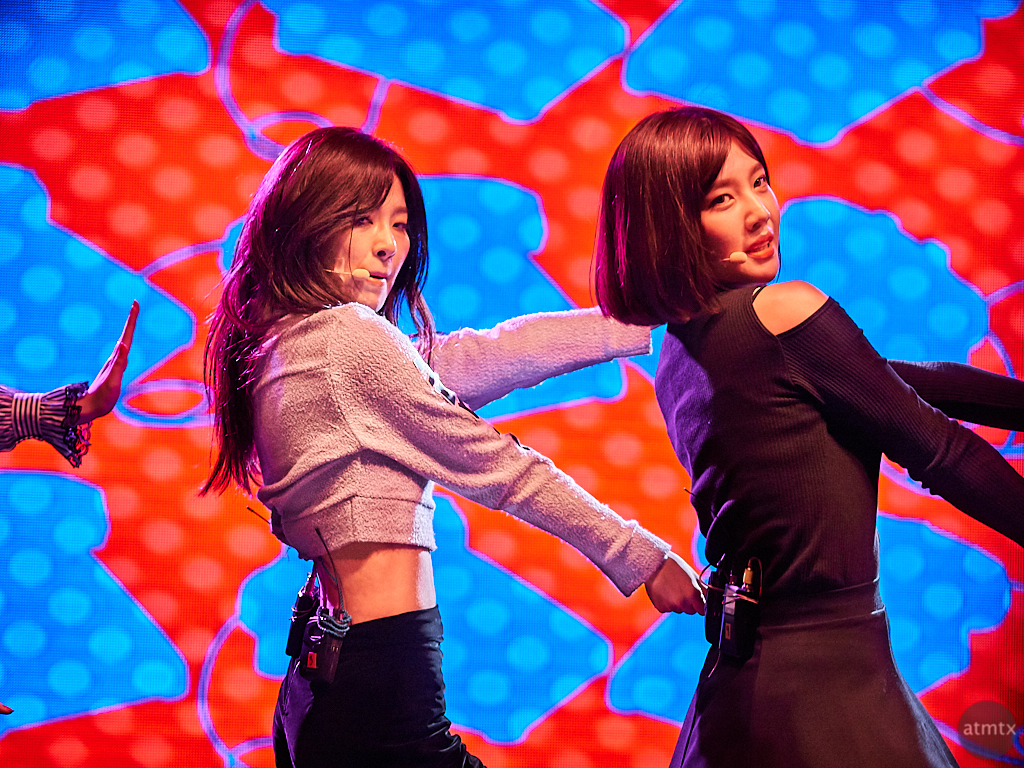 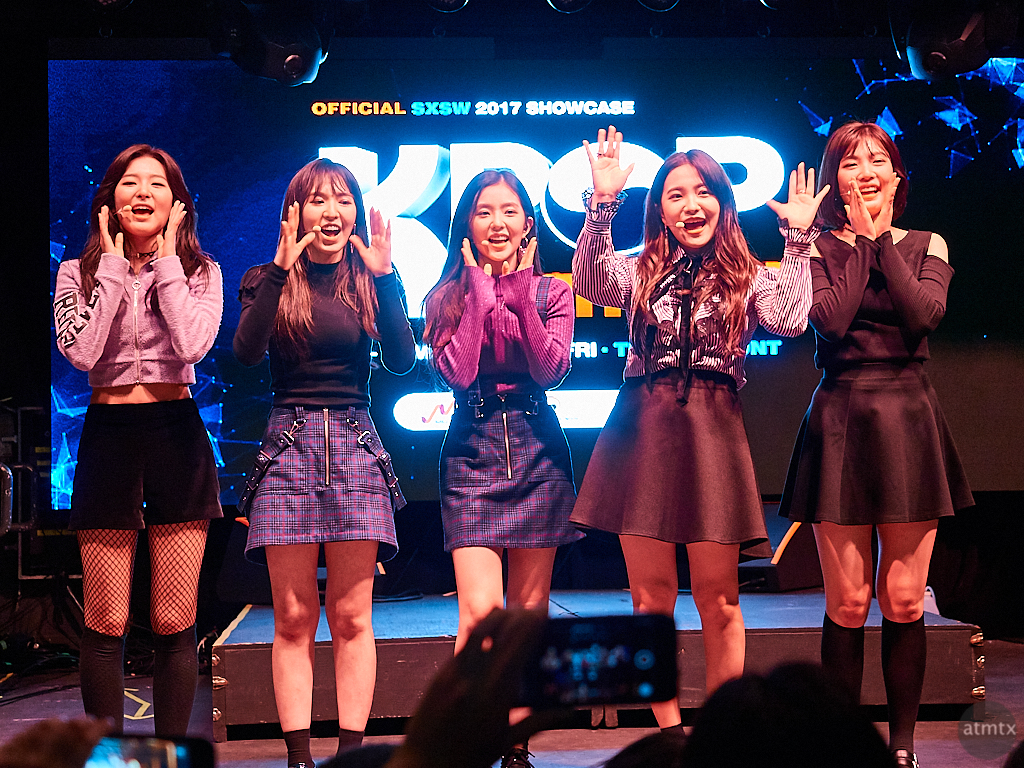 I used the Olympus OM-D E-M5 Mark II with the Olympus 12-40 f2.8 Pro and the PEN-F with the Olympus 75mm f1.8 to make these photos. The combination worked well. I like these photos a lot more than the ones I created back in 2016. Perhaps my concert photography skills had improved or it could be dumb luck. I don’t shoot these kind of events often enough to know which it is.

I really love the color and glow of the stage lighting at these kind of concerts. I often wait for the lights to swivel towards me so that I can catch a beam of light or soft lens flares. I think it adds a bit of dynamism and electricity to the images. 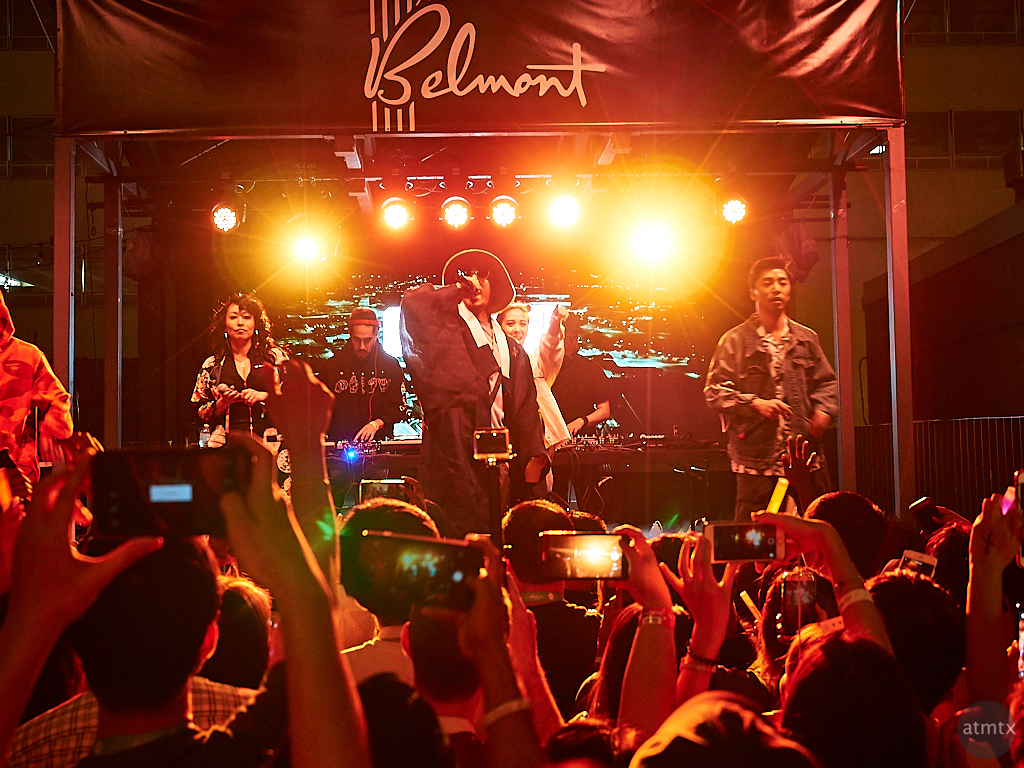 This seems to be the reality of concerts these days. People with smartphones, overhead, to record the event. Unlike still photography, where the camera may block a view for a short time, these folks are shooting videos. No worries, I guess. I didn’t feel guilty raising my camera, from time to time, to capture stills. Luckily both my Olympus cameras have tilting and swiveling LCDs, which I can hold above my head. I would hate to have a good old-fashioned DSLR, in this situation.

I didn’t remember the name of this group and my quick Google search was unsuccessful to identify them. I did find a bunch of photos from this concert, however. And while I generally like to stay humble, most of those photos were quite unimpressive. They lacked the color and energy, which I think I captured in these photographs. Many of the Google photos were not cell phone photos either, but nevertheless, they seemed lacking to me.