You know I’ve gotten really excited about Cinematics, wide-angle, panorama-like 16×9 formatted photos that look like mini-scenes from movies. I discovered the quirk of creating these using RAW files shot with the Canon G7X Mark II processed with Capture One. I’m not sure if other RAW processing software or other cameras work. All I know is the Canon G7X Mark II/Capture One combo works for me.

The 16×9 format is significant, not only because it mimics the wide-screen look of movies, but all the HD and 4K TVs use this aspect ratio. So do a lot of other screens that we all use these days, including smartphones and tablets. My computer of choice, the 5K Retina iMac, also is 16×9. So while this example photo is not very large, and you can see a larger version when you click on it, I get the benefit of seeing it full-screen and full-resolution on my iMac. It has a very immersive effect. 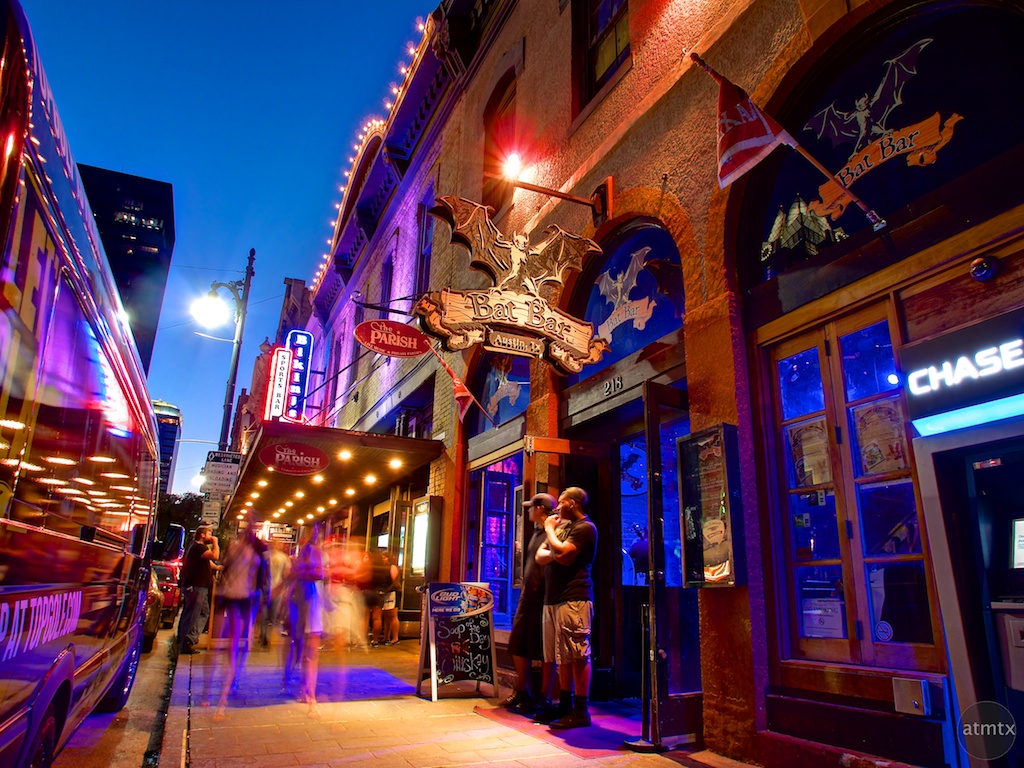 Back in 2013, I created this photo at around the same spot on 6th Street. I used the Olympus E-PM2, which basically has the same image quality as my still current Olympus OM-D E-M5 Mark II. I shot it on tripod and created this HDR from three combined photos. It’s my favorite photo from 2013 and it was even on a front cover of a travel book. But it was a pain in the neck to make.

And, while my Olympus version on tripod is a higher quality, when viewed full screen, it’s not nearly as immersive as the one I shot on the Canon, up top. That got me thinking. What if I go all in on the Cinematics with my G7X Mark II? Because, ultimately, photography is about transporting the viewer to another place and time. My Olympus cameras don’t do that. So why don’t I just get rid of them and just use the Canon G7X Mark II, from now on.

There are other benefits too. The Canon G7X Mark II is a compact camera and can fit in my pants pocket. It has image stabilization, a nice zoom range and very good HD video. I don’t have to worry about changing lenses and I don’t even need to carry a separate camera bag. It also allows USB charging, anywhere, if I need to shoot a lot. Even my Olympus cameras don’t do that.

I’ve shot a lot of portraits lately, in black and white, with my Olympus PEN-F. But I figured that since the G7X Mark II zooms up to 100mm equivalent, it should be fine for portraits. But that’s too conventional anyway. Everyone shoots portraits at 50mm to 150mm range, where’s the innovation. If I’m going all in on Cinematics, might as well stay at the wide-angle 24mm format and use that for portraits.

Some would say that wide-angles are not good for portraits and that they don’t flatter the subject, creating unwanted distortion. But again, I would counter that those people are just stuck in the past, bowing to tradition and convention. Wide-angle portraits, especially up close can be all the rage. The new thing. Salvador Dali-esque distortion + Cinematics plus massive amounts of color. That’s sure to make pleasing portraits anyone will like. People that just don’t get it are obviously not creative enough.

I own a lot of cameras, both for everyday use and also as collectibles, 50+ in all. Since I’m committed to Cinematics, and I’m not sure if any other cameras are capable of creating these, I should buy multiple Canon G7X Mark IIs and get rid of my camera collection. After all, I don’t want to be stuck not being able to create these. Some future update of the Canon G7X line may not work in the same way.

The G7X Mark II runs about $700 each right now. If I replace my 50 cameras with G7X Mark IIs, it will only cost $35,000. Not a large price to pay for one’s art, I say. Because you can’t put a price on creativity. Heck, medium format cameras can cost about this much, anyway. In my case, I’ll have plenty of backup cameras. Much better than having a single medium format camera.

I probably only need to carry about 5 of these G7X Mark IIs at any time, for big shoots. I can probably keep a bunch in a safe deposit box for safe keeping, too. That way, I’ll have an ample supply of these cameras. I think that sounds like a reasonable working plan.